Taker to the house, kid. 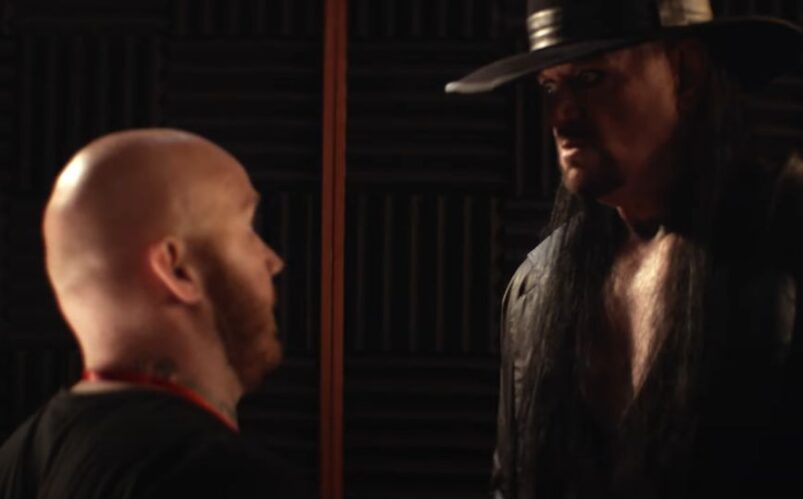 WWE 2K22 has finally been given a concrete release date after postponements and vague release windows: March 11th, 2022.

Along with the news of a release date and Rey Mysterio finally confirmed as the cover star, a new WWE 2K22 trailer featuring streamer TitTheTatman, noted Kevin Owens nemesis Machine Gun Kelly, and a whole host of WWE superstars.

Check it out for yourself below.

The release date trailer features quite the eclectic mix of characters and moments, including but not limited to Roman Reigns nicking Drew McIntyre’s big sword, Bobby Lashley and Big E bashing each other with steel chairs in mo-cap suits, and Rey Mysterio barking orders from the top of a ladder. TimTheTatman’s inclusion is the weirdest though, as he just randomly walks into a building while wearing one earpod and looks at stuff before remonstrating with MGK and then getting taken to the house by ‘Taker.

In fairness, 2K and Visual Concepts are making all the right moves with 2K22 so far, with the reveal of gameplay already looking better and the modes even including a new version of GM Mode. It looks like there might be a few microtransactions, though honestly it’d be more shocking if it didn’t have any.