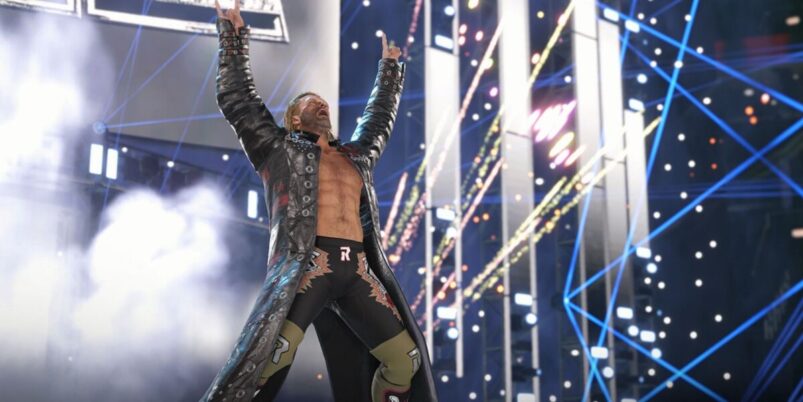 After a series hiatus of almost two years, WWE 2K22 will finally launch in March 2022 with plenty of expectant eyes eager to see the new direction for the franchise, including the kinds of modes on offer.

WWE games traditionally have a lot of modes each year for wrestling fans of all times, though 2K and Visual Concepts have promised that WWE 2K22 will be “the most complete feeling 2K game to date”. Based on the amount of modes confirmed for the game so far, they might be onto something.

Here all of the modes you will be able to play in WWE 2K22; we’ll update this when/if more are announced.

MyGM
GM Mode finally makes a return after over a decade. Build your brand up, put on a show.

WWE 2K Showcase
A playthrough of the iconic matches of a superstar’s career, including Rey Mysterio.

MyFaction
Build your own faction up into the next nWo or Evolution. Single-player with microtransactions.

MyRise
This year’s replacement for MyCareer, with “new storylines available for both male and female MyPLAYERs”.

Universe Mode
Allows players to build their own cards and dream matches.

It’s worth bearing in mind that this doesn’t include stuff like exhibitions or tournaments that should probably be expected by default, and also that a list of match types would be different entirely. Don’t get Royal Rumble mixed up as its own thing.