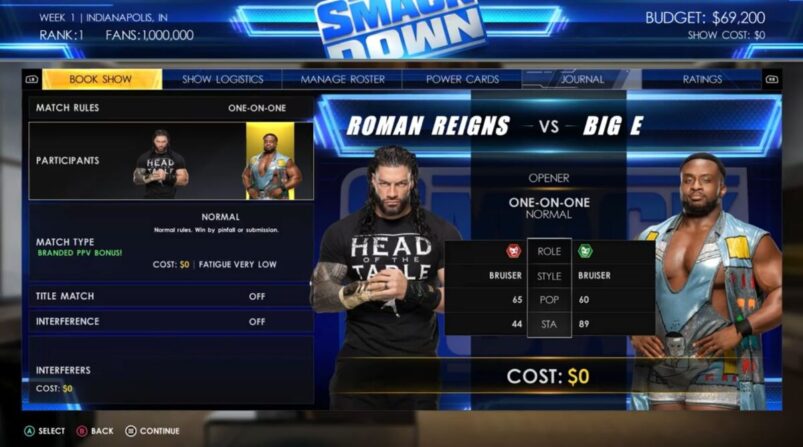 After a wait of well over a decade, the WWE games are finally bringing back a fan favourite mode for next year’s WWE 2K22: GM Mode.

Going by the new name MyGM, the same as Visual Concepts’ other sports series, NBA 2K, the announcement was made as part of the “Top-10 Hit List” for next year’s game, a teaser ahead of a much bigger reveal in January 2022.

In MyGM for WWE 2K22, players will be able to book matches, draft wrestlers, manage contracts, and much more across the brand of their choice with the ultimate goal of being the biggest brand in wrestling.

The trailer offers just a very quick glimpse at what to expect from the returning mode, but it seems that MyGM will offer quite a lot of granularity in how players want to run their brand.

In the trailer, there are options to manage your roster (perhaps to promote and demote talent), dictate the segments of your show (including promos), match types (including whether there should be interference or a title should be on the line), budgets, and other options that are hard to figure out from a glance, such as the journal and “power cards”. You are also able to play the matches yourself or simulate them.

WWE SmackDown vs. Raw 2008 was the last WWE game to feature GM Mode, though only in the form of 24/7 Mode with you able to play as a GM. It’s been possibly the most requested mode to make a return with countless fans asking for it to come back in some form, and it seems that Visual Concepts have been listening.

It’s obviously far too early to call if MyGM in WWE 2K22 will live up its predecessors, but it certainly looks promising from the quick glimpse. Expect to hear much more about MyGM and WWE 2K22 this January.