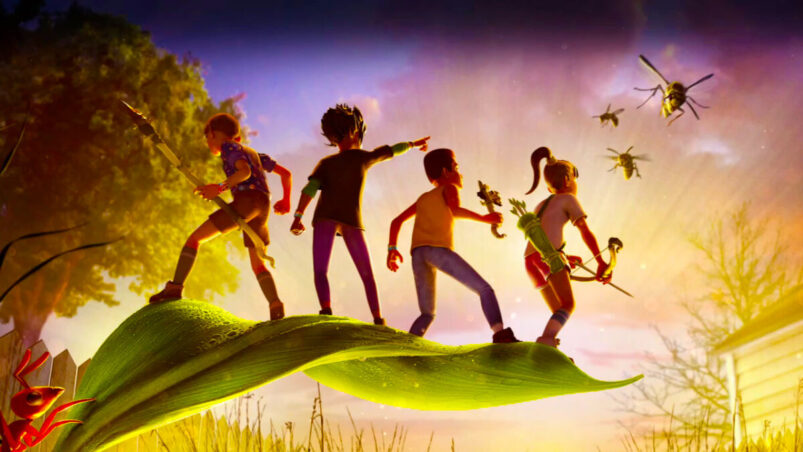 There are plenty of games on Xbox Game Pass that you can just jump right into. Then there is the relatively small selection of survival games that require time, patience, and a tiny ounce of sadism. Survival games push players to the limit, testing their resolve against the elements or all sorts of creepy crawly nasties.

It can be a tough genre to immediately enjoy, especially if you start off on the wrong foot. Since they can take a bit to get used to, we went ahead and broke down only the best survival games on Xbox Game Pass.

It was inevitable the moment someone created this genre that zombies would sneak their way into it. Though DayZ isn’t the first zombie survival game, it’s the only one available on Xbox Game Pass. Originally released on PC as a mod for ARMA 2, DayZ slowly became one of those games you always hear about and promise yourself you’ll try. What better time than when it’s absolutely free?

In terms of survival games, it’s far from the best. However, the zombie action and the complete lack of trust between real players help elevate the experience a bit. Surviving in the undead world isn’t easy to do alone, but unless you can bring a friend on board or link up with trustworthy human players, chances are you’ll be facing the growing horde alone.

Gather resources, build shelter, eat food, and prevent becoming a meal in this expansive survival experience. It may be a little rough around the edges, especially on console, but it’s a great introduction to the survival genre and bashing zombies is always fun.

Conan the Barbarian is a brutish warrior that could make the perfect protagonist for a hack ‘n slash video game. Which is partly why it’s a shame Conan Exiles doesn’t let you play as the titular character. You’re merely in his universe, doing what you must to survive against perils that Conan could probably make much quicker work of.

Like your typical survival game, you wake up in Exiles with nothing to your name. However, the world holds the keys to improving your situation and rising the ranks to become an icon like Conan himself. That is, if one of the many things trying to kill you doesn’t succeed. Exiles is a pretty standard survival game, though rather than just try to survive, you’re trying to build a kingdom of your own.

It’s bloody, filled with monsters, and there’s nudity – what more could you want? You know, besides all the survival mechanics like building, resource gathering, and exploration.

The idea of sharing the same land as prehistoric beasts like the tyrannosaurus and velociraptor sounds like an incredible experience. Until you remember that they have teeth and would likely eat you in a heartbeat. Ark: Survival Evolved allows you to relive this situation over and over again as you struggle to just barely erect a one-room shelter made of twigs.

Dinosaurs are fascinating, but in Ark, they’re an absolute menace as they stalk you as you just try to knock down trees and build shelter. The difficulty curve on Ark can be a little punishing, so it’s best to try and tackle it with friends at your side. Together, you can dominate this prehistoric world and even tame the mightiest of beasts.

Ark will test your resolve as you battle against rows of teeth, accumulate resources, and try to build that forever home you’ve always wanted. It’s a fairly straightforward survival game on Xbox Game Pass made better by the overabundance of the very things we marveled over as children.

Astroneer doesn’t tether itself to the staples of the survival genre. Whereas survival games have become very much a struggle between man and beast, Astroneer’s perils are a bit more subtle. You won’t have zombies rushing your home base or hordes of mutants threatening all of your progress. Instead, a simple walk on the extraterrestrial surface could be a hazard if you’re not careful enough.

As you navigate alien worlds, terraforming them and building rovers and research bases to advance your mission, local flora can spell your doom. Get too close to the wrong planet, and your search for the eight mysterious Geometric Triptychs will come to a sudden end. Exploring these distant planets also requires a constant oxygen supply, which is provided through tethering or craftable items.

You might think, without the persistence of an external threat, that Astroneer would be a breeze. However, get too overzealous while gathering resources like local plant life and you could find yourself lifeless at the bottom of a dark cavern.

If you’re old enough to remember Honey, I Shrunk the Kids and the epic battle between an ant and a scorpion, then Grounded may be a nostalgia trip. While not rooted in the same universe as Wayne Szalinski’s shrink ray, the concept is similar. You take control of a miniaturized human and explore a vast land that is somebody’s backyard as part of one of the best survival games on Xbox Game Pass.

Ants, spiders, bees, and even dust mites pose a problem as you struggle to find food and water. The basis of the game is fairly similar to most survival games, but something hits a little differently with Grounded. Maybe it’s the colorful assets or the creativity that went into crafting the miniaturized world, but Grounded is just simply more entertaining than your average survival game.

Smacking around insects and avoiding becoming a spider’s next treat while constructing a leafy shelter is a nice change of pace, despite really just being a change in scenery.

There aren’t many games that are true man vs nature scenarios. At least not where nature isn’t completely mutated or altered to a nearly unrecognizable state. The Long Dark fills that gap on Game Pass, sending players to the chilled Canadian wilderness for a true Bear Grylls fight for survival.

The elements will be your greatest threat as freezing temperatures and sudden blizzards can impede your progress, leaving you frostbitten and on the verge of death. As if Mother Nature weren’t deadly enough, your path is marked by various predators, including timberwolves and bears. Avoiding these dangerous animals is a near impossibility as the time will come when the need to hunt for food trumps evading gnashing teeth and claws.

The Long Dark is a down-to-earth survival experience that doesn’t need monstrosities and horrors to make players feel helpless. The elements can do that quite fine on their own, ravaging your spirit and breaking your body until you give in to your ailments, starvation, thirst, or a hungry wolf.

Often, the best survival games on Xbox Game Pass task you with keeping yourself alive. You’ll manage hunger and thirst and fight back against whatever threats come your way. Frostpunk pulls back the camera a bit to focus on an entire community of people — all at your mercy.

When civilization crumbles and only one society remains, you take up the mantle of its ruler and oversee all aspects of the city and its tenacious people. Will you help it become a tech-driven capital, where its infrastructure thrives on new advancements? Will you govern your people with a strong fist, implementing laws many deem cruel?

Every decision you make has an impact on civilization, and the wrong ones will sink it into the icy tundra. Frostpunk is the first of its kind, a society-based survival game that replaces basic mechanics like thirst and hunger with broader concerns.

We’ve yet to explore the bulk of our oceans and frequently find new species to marvel out. Just imagine what it would be like to explore an ocean planet with a thriving ecosystem. In Subnautica, you can, though the question is: just how deep do you want to go?

On the surface, Subnautica is a beautiful game with plenty of harmless flora and fauna to gawk at. As the depth gauge on your diving gear increases, so, too, does the size of the ocean’s inhabitants. And the bigger they are, the more teeth they have.

There are monstrosities hidden in Subnautica’s depths, making this game a pass on Game Pass for severe thalassophobes. Anyone not intimidated by things that can swallow them whole should press on to fully enjoy this deep sea survival experience. Craft tools to aid in your survival, improve your oxygen supply, and find your way out of this aquatic nightmare.

Will you push on to stockpile more resources and advance your base, or call it quits as you feel you’ve made enough progress? Terraria gives you the option, but of course, you’re going to go with the first choice, especially considering how large the game’s world is.

Rather than send you out into a great expanse, Terraria’s deadly landscape is right beneath you. You’ll be digging into the depths of the earth to explore vast dungeons. The goal remains the sameL survive as long as you can while gathering resources and improving your home base. That last part probably isn’t as important in Terraria as traversal is, but it’s still enjoyable to construct a multi-layered headquarters.

Terraria is a refreshing take on the genre, and the fact that it all unfolds in a 2D space adds to the charm. Bring along a friend to enhance the fun or go it alone to see just how far you can get.

YouTube may suggest that Minecraft is simply a game about building the most ridiculous things imaginable with way too many mods installed. However, if you were around from the beginning, you remember that there’s a survival game built in there somewhere.

Stepping away from Minecraft’s Creative mode lets you enjoy a challenging experience where building isn’t just for fun — it’s an absolute necessity for your survival. All the whimsy of Minecraft is still present during the Survival mode when played on Xbox Game Pass, but the challenge is amplified tenfold. Suddenly, you’re building for shelter, and how the end product looks doesn’t matter. So long as it can fend off Creepers, skeletons, and Endermen come nightfall.

For a game that looks like it was designed with kids to play in co-op in mind, whether that’s split-screen or otherwise, Minecraft’s survival experience can be quite the obstacle. If you stock up on the right supplies, gather enough resources, build the best weapons, and fill up on pig steaks, you should be able to make it to the proverbial finish line.