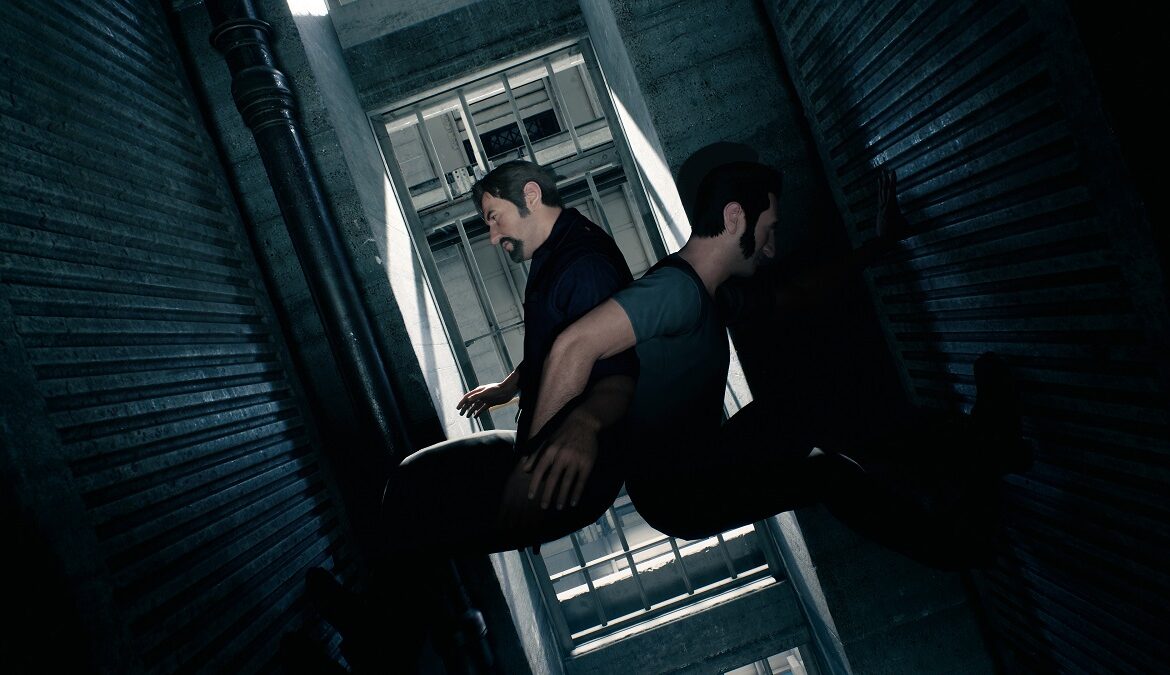 Remember the good ‘ol days, when you could game side-by-side with your bestie? The joys of split-screen multiplayer gaming allowed us to really connect, to interact and communicate more effectively. Like if they did something stupid, you could just reach over and smack the controller out of their hand. Thanks to these best split-screen games on Xbox Game Pass, you can still revisit the good ‘ole days.

This blend of modern and classic games on Xbox Game Pass proves that split-screen isn’t dead. It’s just waiting for the right developers to stumble along. If you miss the couch co-op and competitive experience, the following games across PC, Xbox One, and Xbox Series X & S via Game Pass will have you gaming side-by-side ‘til morning.

It’s ridiculous and maybe a little juvenile, but we can’t get enough of Goat Simulator. As the name implies, you take control of a goat. What the name doesn’t warn you about is that the world you enter isn’t like ours. The physics are dialed up to ten, allowing players to fling their goat all over the place in a comedic fashion.

There is a point to Goat Simulator, and it’s to use the wonky physics to accomplish a variety of tasks and quests around the map. You may start off diligently trying to accomplish each one, but definitely expect to get sidetracked by silly challenges you and your couch buddy come up with.

Goat Simulator isn’t the kind of game you sink a lot of time into in one sitting, but it’s certainly worth booting up every so often when you need a break from the heaviness of some games. Don’t question why the second game is also the third game, though.

While it’s true the core multiplayer experience of Battlefront II isn’t split-screen, DICE was sure to give players a taste of couch co-op with an Arcade mode.

Surprisingly, it’s not just a throwaway mode you’ll touch once and never play again. There are several game modes available for side-by-side play, including a competitive Versus and Battle Scenarios that unravel iconic moments from Star Wars history.

Co-operative play is also available if you and your couch buddy want to be Rebel scum. Unfortunately, DICE failed to make the campaign co-op, but there is a decent amount of content that doesn’t require you to link up with strangers online. In fact, split-screen doesn’t even offer an online mode, so you and your cohort will be duking it out against bots.

The world of Ark: Survival Evolved is a terrifying one to traverse on your own. It’s best to bring a friend along. That way, you have someone to distract the raptors while you run to safety. With so many things out there to kill you, it really is good to have someone at your side. It makes gathering resources and building shelters much quicker, which means far less time spent without relative safety.

With Ark’s split-screen option on Game Pass, you’ll have a better chance at experiencing all the multiplayer prehistoric survival game has to offer. While surviving alone is possible, the likelihood is higher with a companion, especially when you get into taming dinosaurs and pushing toward the endgame.

The split-screen experience really allows you to enjoy your time in Ark and spend less of it watching your back for something with rows of teeth.

A Way Out pushes couch co-op forward by making it a core element of gameplay. Sure, you don’t have to play side-by-side, but this is one narrative you’ll want to watch unfold with the other player nearby. We won’t get into spoilers, but we promise the late game will completely test your friendship and blow your collective minds.

With that said, A Way Out was made with split-screen co-op in mind. In fact, you can’t even properly play it alone. There is an online mode, should you need to fill the space, but nothing will beat escaping from prison together and relying heavily on one another in a local multiplayer experience.

A Way Out isn’t an elaborate game, so it’s one of the best split-screen games on Xbox Game Pass to help you bond with that non-gamer in your life. The narrative is something all can enjoy as it’s down-to-earth and reminiscent of premium TV network production.

If you have someone that’s very agreeable, Terraria’s split-screen co-op on Game Pass is a delight. Their input into how you want to attack the expansive world and build your shelter will make things smooth. However, there’s nothing wrong with a little disagreement on whether you should continue digging for resources or head home to avoid risking everything.

Terraria is a survival game that puts a heavy emphasis on hunting for supplies in the dangerous world around you. The 2D playing field doesn’t mean you’ll be met with fewer enemies. On the contrary, Terraria has no problem filling your screen with baddies and all sorts of particles. You’ll need to work closely with your teammate to ensure you’re always making progress and moving forward, which sometimes means regrouping back at your shelter.

With split-screen, you can also equip characters so they complement one another, turning you into a destructive duo ready to take on anything.

The original Gears of War presented an entertaining split-screen co-op experience that has carried on throughout the franchise. While Gears of War 2 is no longer the most technically advanced of the series, it’s arguably the best and is, therefore, something you’ll want to share with a couch buddy.

Player two will bounce between characters as they join you on a mission full of the macabre and intense firefights. You’ll need to work together to overcome the Locust swarm, so be sure you have good communication, especially on higher difficulties.

Gears of War 2 is such a straightforward co-op experience with no unnecessary bells or whistles to bog down the best narrative of the series. Shoot, press forward, and repeat your way through each memorable moment, from battling through the belly of a giant Locust worm to supporting a friend on a suicide revenge mission.

Do you really need to say much when it comes to the original Doom? This early FPS helped define a genre and has survived for nearly three decades, surpassing a surprising number of modern, graphics-heavy shooters in quality.

Tackling the classic in split-screen is a no-brainer for simple, mindless entertainment. Nothing changes, save that up to four well-equipped demon slayers enter the fray, navigating the demon-infested Mars moon and unleashing barrages of lead and explosives on hordes of enemies.

If you’re not in a friendly mood, you can switch to the local four-player deathmatch, where Doomguy squares off against Doomguy in an epic battle. It’s a quick and easy way to blow off steam, have a few laughs, and enjoy a Friday night with friends.

Put your creative minds together or tackle the dangers of the blocky world with Minecraft’s split-screen capabilities. Like Doom, Minecraft is a game that will stand the test of time, and part of that is due in part to its simplicity and split-screen multiplayer.

While there is a more complicated and involved Survival mode, you can also relax with some time spent in the peaceful Creative mode. Well, it’s inherently peaceful, but it only takes one of the potential four players to sink things into chaos. You may think you’re all making progress on some majestic build. Meanwhile, one player has been setting up TNT blocks the whole time, just waiting for the right moment to strike.

Minecraft is another split-screen game on Game Pass that’s easy to jump in and out of and can sometimes just serve as an interlude on game night, allowing you to calm your nerves after playing something far more frantic.

Players take control of feuding husband and wife Cody and May who, thanks to the power of random magic, are turned into hand-made dolls. Their journey to return to normal is marked by difficult decisions and a constant need to work together. Puzzles line the path and require teamwork and clear communication.

It Takes Two is one of the best split screen games on Game Pass for couples, whether they both play games or not. While you don’t need to be involved to enjoy the game with another, your connection and bond does surprisingly enhance the experience.

Jump in a Warthog and speed around the ring with your best friend manning the mounted gun. Cover one another as Covenant forces flood in, filling the screen with frantic fire. Instill confidence in one another when the deadly Flood swarm and threaten to overtake you. Whatever you do, do it with someone on the couch beside you.

You’ll make many, many memories to be made when you tackle the original Halo with a friend at your side. There’s nothing quite like teaming up against Grunts or clearing the battlefield in a coordinated effort, and that’s why Halo split-screen is still a must-play today. Even after an ample number of more advanced entries, the original needs to be on everyone’s playlist.

Like GoldenEye 007 for the N64, Halo fueled many weekend nights and friendly gatherings around the Xbox. And you can bet, also like GoldenEye, it will continue to be a go-to for many players as part of the Master Chief Collection on Game Pass.