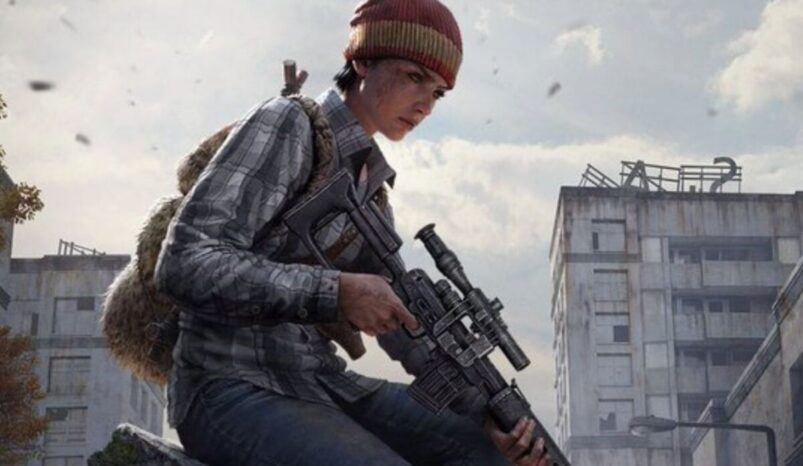 We’ve all daydreamed about how we’d get on in a Walking Dead scenario, with rations running low, tensions running high, and biters staying bitey. Thanks to the best zombie survival games, we can see just how long we’d last without having to go down the whole real apocalypse route, because, you know, that’s a lot of stress in your life.

The survival genre really seems custom-made for living out a bit of zombie outbreak role-play, what with the hallmarks of the genre being a constant need to find food and water while being wary of other humans, who we all know based on a thousand bits of zombie media are the true monsters. In fact, two of the most influential games of all time feature both zombies and survival, though wildly different visions of both.

If you want to try to eke out some kind of living in a world gone mad (and undead), here are some of the best zombie survival games out there. Bear in mind that games listed for PS4 and Xbox One will also work on PS5 and Xbox Series X | S respectively thanks to backwards compatibility.

Night of the Dead, as well as being one word away from an adaptation of the most influential zombie movie ever released, is pure survival against zombies distilled to its purest form. You have to keep yourself fed and eventually find a way off the island of undead you find yourself on, but first and foremost, you have to kill waves after waves of them each night.

With base building and crafting, as well as the ability to make traps so complex they’d make Jigsaw blush. Night of the Dead is a remarkably ambitious yet still straightforward zombie slaying thrill, which is sometimes all you need. Night of the Dead is in Early Access at this time of writing so it has a lot of roughness to tidy up and balancing to nail, but it’s coming along very well indeed.

Maybe the least popular game listed here, The Infected doesn’t exactly help itself with its generic name that immediately calls 28 Days Later to mind. In fact, The Infected is as interesting a spin as Danny Boyle’s classic was back in the day as you’re actually taking on vambies — vampire and zombie hybrids — and not just zombies.

Currently in Early Access at this time of writing, The Infected holds a lot of promise, especially considering it’s the work of one guy. While the crafting could probably do with a lot more polish and the AI needs some improving, this is an open world sandbox worth at least trying out if you want a zombie survival game off the beaten path.

Zompires would have been a much better name than vambies, though.

You’ve probably heard of Unturned already, what with its blocky visuals that channel Minecraft and slight jank, but you might have completely overlooked it just because of its seemingly kid-friendly style. Let’s be honest, if you want the punishing realism of a zombie apocalypse, Unturned isn’t it.

However, if it’s the chance to play with friends and really sink into role-playing you’re after, Unturned might actually be the best zombie survival game on this list for you. While it’s true that the actual survival elements are negligible as the game seems to focus heavily on PVP these days, that will barely cross your mind as you go zooming about on your jetski. Heck, they even had NPCs before Fallout 76.

Oh, and the fact that it can run on a potato and is completely free on PC doesn’t hurt either.

State of Decay 2 gets so close to being the perfect zombie survival game, the best possible vision of what living and trying to thrive in a post-apocalyptic community would look like. It doesn’t quite get there, largely due to just how buggy and glitchy it still is after such a long time, but also because all of its ideas don’t quite stick.

Still, for fans of the original State of Decay or those who want a fun co-op game with friends, State of Decay 2 can be an absolute tonne of fun. With permadeath that can really hit you where it hurts and loads of zombies on-screen at once, State of Decay 2 is doing the opposite of decaying as time goes on, though hopefully the third game nails everything from the off.

Do wish people would stop demanding you get stuff for them, though. Get your own food, layabouts.

Miscreated popped up around the time DayZ started really making it big and was one of the only “DayZ clones” that stuck around long enough to become its own thing. Make no mistake, Miscreated is an acquired taste that won’t be for everyone, but there’s plenty to enjoy here for those who can overlook its quirks.

Much like other games on this list, Miscreated features base-building, PVP, and the need to always keep yourself fed and hydrated. However, thanks to mass radiation, the zombies themselves (even if the game calls them mutants) are far more than just lumbering goons — Umbrella would be proud of some of the ghouls on offer here.

Again, Miscreated isn’t for everyone, and the developers don’t seem to be updating the game as frequently as they once did, but it might just take you by surprise if you get it on sale.

A game almost more famous for its penis slider than the actual experience it provides, SCUM feels like the hardcore survival fan’s kind of game. Not only do you have to make sure your diet is balanced so that you can stay at maximum fitness, but you also have to make sure you’re not too heavy when crossing water or else you’ll drown.

This kind of realism makes SCUM a game that really isn’t for everyone, though it’s not trying to be. SCUM is a very specific game for a very specific kind of player (presumably those with a PHD in human metabolism) and the actual zombies themselves feel a little ancillary, but there’s still something special about it that’s hard to shake once it grabs you.

And while it’s been in Early Access for perhaps too long at this point following a 2018 release, the small team at Gamepires are adding new content and mechanics fairly regularly. Better try it out before everyone gets obsessed with it again at 1.0.

While this massively ambitious blend of tower defense, FPS, RPG, sandbox, and survival should really be out of Early Access at this point following a 2013 release, there’s a reason why it’s sold over 12 million copies. Despite its visual shortcomings, 7 Days To Die is a blast.

As the name suggests, 7 Days To Die takes place across a week with each night bringing increasingly difficult swarms of zombies to your door. Or does it? While that’s the basic concept, Fun Pimps have made each “run” highly customisable to how you like. Want more PVE? Crank the dials to the left. After a more chill experience? Disable the blood moons and make the zombies relax a bit, the bitey buggers.

With you even able to survive long past the titular seven days, this is a game that could consume you. Be warned, though: don’t get its console versions, which have been more or less abandoned following drama with its original publishers.

DayZ is more or less the cousin to 7 Days To Die, what with them both being in Early Access seemingly since the dawn of time, though DayZ did eventually hit 1.0 back in 2018 after being the posterboy for Early Access for many years. Where 7 Days is really about the PVE and fending off waves and waves of zombies, the thrill of DayZ really lies in your human interactions, which has been aped in countless games since.

But have any of them done it as well? That’s arguable.

It should be no surprise that the game that inspired Rust can have a cruel edge, though Rust doesn’t allow you to be as sadistic as to handcuff other players that you come across, basically leaving them at your whim. If you don’t mind DayZ’s many issues (which really are just a part of its DNA) and the fact that you will likely be running around and begging for water for at least your first few hours of play, DayZ is going to soak up days of your time.

However, just like 7 Days to Die, exercise caution with DayZ’s console ports. Not because they’ve been abandoned or anything, just because they’re bad.

What do you mean it doesn’t belong here? There are zombies and you must survive, therefore Minecraft is indeed a zombie survival game. While the purists out there will likely scoff at Minecraft not being cast in hues of grey with trigger-happy PVP, it’s still hard to deny its influence on the wider survival genre.

Despite them being big green blocks, the zombies in Minecraft (who have a wiki longer than most novels) are actually terrifying, especially when they besiege your little breeding camp of villagers that you’ve been building for dozens of hours. Their terror factor is only multiplied when you play hardcore and have one life and one life only — once that’s gone, you’re done.

Yes, Minecraft doesn’t have the demands of other zombie survival games where food and water is a constant, almost oppressive requirement to keep on top of, but the great thing about Minecraft is that you can play it almost any way you want. In a sense, it’s the most flexible game on this list in terms of role-playing, even if the sense of realism is obviously missing.

As well as being the king of zombie survival games, Project Zomboid is also the king of Early Access, having been part of the program on Steam since before the PS4 and Xbox One came out. It’s actually been playable even earlier than that, with it previously available on a little known platform called Desura in 2011.

However, while some games get really bad reputations for hanging around in Early Access for too long, Zomboid seems to have one of the most understanding, patient communities out there. Why? Because what’s available to play right now is more than enough game already with so many different opportunities to get lost in your zombie apocalypse role-play, and every update TIS add is meaningful and genuinely improves the experience.

Played from an isometric view, Project Zomboid is just about as close as you can get to replicating classic zombie fiction in video game form, right down to the fatal nature of bites. You have to be on top of everything here, including watching food as it cooks, otherwise your house might go up in flames and you’ll become some delicious barbeque for zombies. That’s just one of about one million things that makes Zomboid so captivating.

It’s weird to say this considering how long the game’s been in the works for, but it really does feel like Project Zomboid is just getting started, especially when you consider the modding potential on offer and it building a community of players on Steam Deck. Even if the visuals aren’t the best and the development cycle feels incredibly protracted, Zomboid is to zombie survival games what Dawn of the Dead was to zombie cinema.