SCUM Is Bold, Brutal, and Brilliant 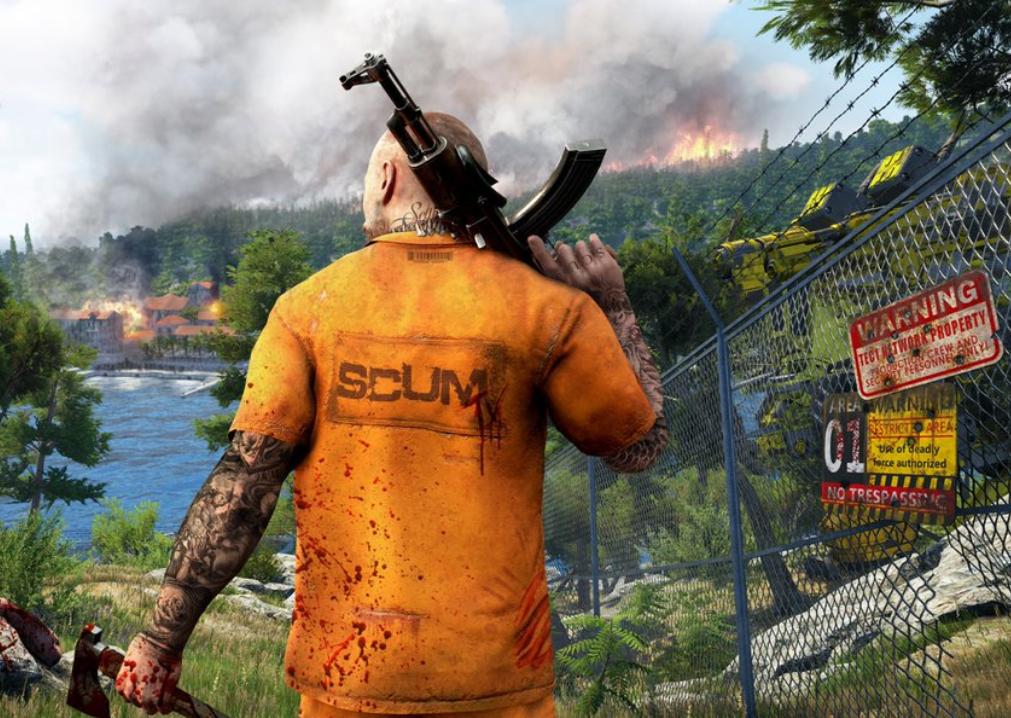 I promised I wouldn’t eat people, neither would I take a dump on the remains. It took SCUM, the punishing survival game from Croteam and Gamepires, just two hours to make me break both those promises, as well as to completely draw me in and refuse to let me go. I may finally have found the game to wean me off of Fortnite, because Fortnite certainly doesn’t allow you to urinate on zombies.

In my defense in regards to the scat cannibalism, the guy was coming at my HQ with an axe and refusing to use comms. I had spent hours upon hours securing my corner of a seaside town that takes up but a small section of SCUM’s 12x12km map, and I wasn’t going to jeopardise it for a fat man in a raincoat who may or may not have also been wearing crocs.

Recently released into Early Access, DayZ fans may find some things immediately familiar in SCUM. There are zombies (technically referred to as “puppets” as they aren’t undead), a fair amount of running through fields, and survival needs to be maintained. That’s really where comparisons begin and end, however: SCUM is an altogether more innovative and deeper beast.

This is immediately obvious when you go to join a game and are greeted with a character customisation screen that’s beyond complex, and it’s not even finished yet. Players can select from things as menial as tattoos down to body shape, which will then affect your skills. Lithe characters can run quicker and for longer without needing to pause, while chunkier characters can jiggle their way across the map in their own sweet time and pant and huff the whole way. I opted for one in the middle, though I’ve encountered plenty of heavier players who have admitted that they are basically handicapping themselves for the memes. 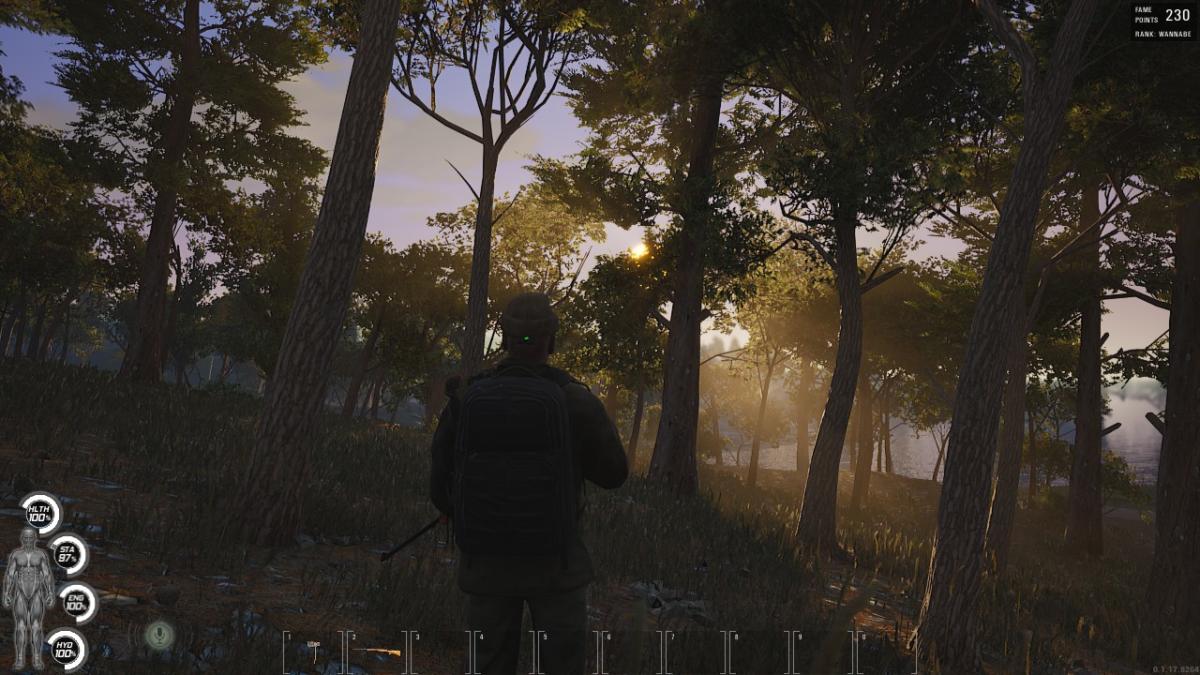 Of the aforementioned skills, you have a finite amount of points to pour into things like survival and efficiency with rifles et al, though you can always farm experience in-game to eventually improve yourself. You effectively learn on the job: the more you sprint, the longer you will be able to do so in the future. Your gear and energy levels will also hamper your movement speed — the heavier you are, the slower you are.

Energy levels are just one of the things you have to keep on top of in SCUM. There’s the obvious health meter to consider, but you also have to ensure that you are well hydrated and that you take care of business, ie defecating and urinating. The heavier the food you’re eating, the more you’re likely to need to make a visit to nature — there’s nothing worse than being in a tough situation and your character suddenly dropping trou to become the scumbag that he is. 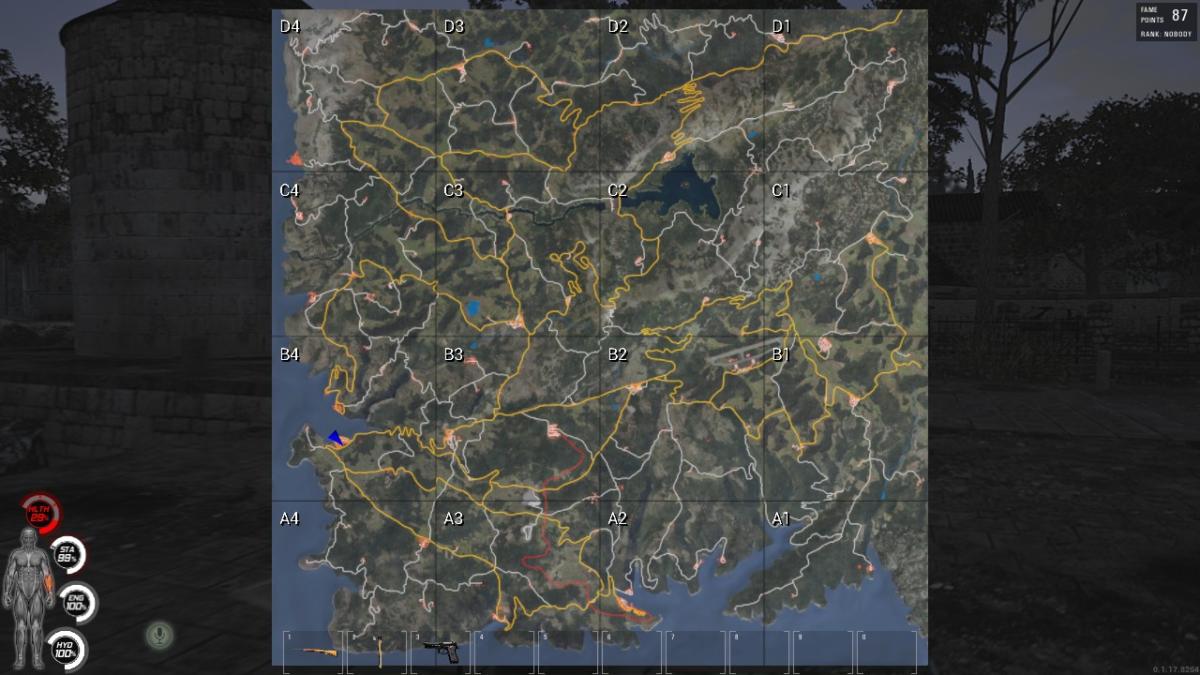 These sudden faecal outbursts could also be down to more than just having a full stomach, however. SCUM has an almost bewildering level of detail that tracks the vitamins and mineral you intake, as well as your calorie consumption based against how much you burn. I’ve yet to really dig down into this, though I really should as my character has a vitamin D deficiency that will surely make him crumple into a bag of skin before too long.

So many survival games make the mistake of making looting feel like the most menial thing going with you too often coming across an area and finding nothing but some terrible shoes. That’s not the case in SCUM, and even if you do strike-out in a town, the great outdoors is a loot factory waiting to be unearthed. Players can craft the bare basics with just a couple of rocks, which can then be used to chop down trees and then in turn create gear and better weapons. You can live out your fantasies of being Bear Grylls in Falling Down, if you so wish. 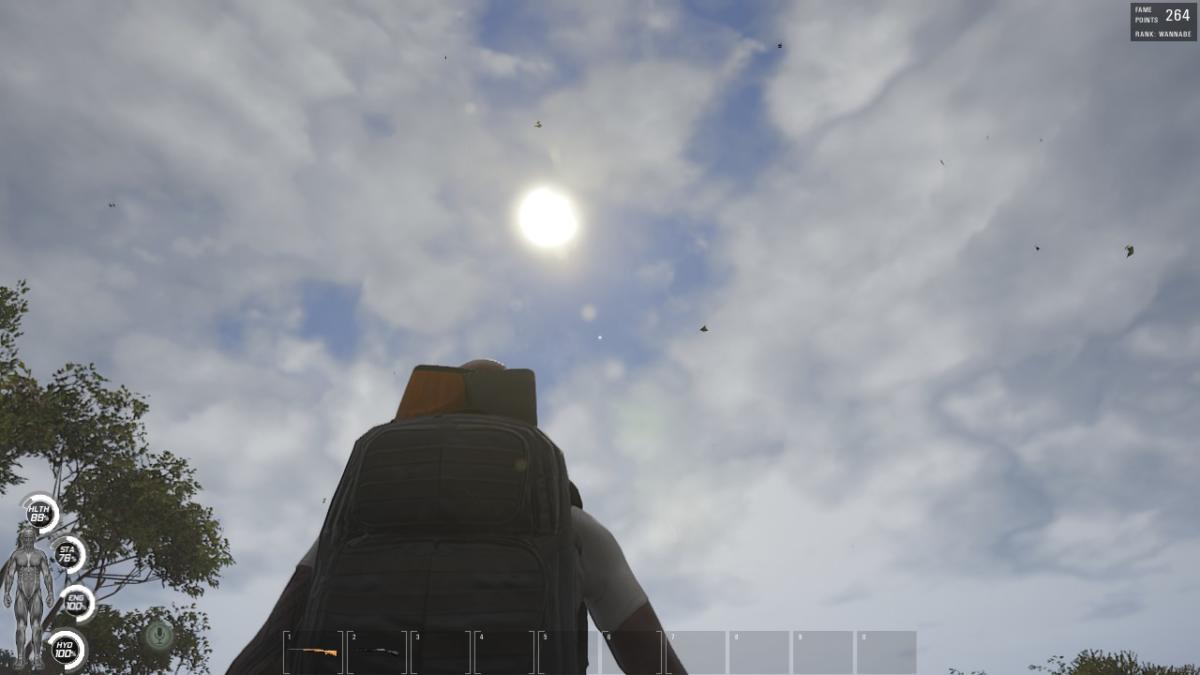 The longevity of SCUM (and many games of its ilk) will be defined by its PVP, though at this point in the game’s life, 80% of the encounters I have had have been friendly. There’s a decent (and somewhat ironic) community brewing for SCUM, unless you’re at the airfield, of course. These huge areas are typically the loot palaces and places where people congregate in survival games, and it’s the same with SCUM. There’s a big difference, however: ED-209-esque robots patrol the area and will kill you in no time at all if you aren’t careful. The inclusion of these metal behemoths has been polarising within the SCUM community, but for my money they make the looting experience that much tenser when it’s effectively PVPVE.

What has unquestionably been a point of contention between SCUM players, however, is the current state of the game, which isn’t amazing while playing with a GTX 1060 and an i7 alongside 16 gigs of RAM. Framerates can peak between 80-120 while on epic settings before suddenly bottoming out to sub-30 and refusing to budge. There also seems to be netcode issues, the aforementioned chunky lad with a raincoat taking advantage of this in our fight to flit around like a grim version of Goku.

Most are quick to stress that SCUM is only just two days shy of its launch into Early Access and it would appear that the developers know what they need to do to fix things, as well as what they should be adding in the future. It’s launched in a more replete state than most of its peers and can only improve from here, just as long as they don’t bend the knee to too many player demands all at once and create a Frankenstein’s Monster of a game.

I’ve spent 14 hours in SCUM so far and I am looking forward to many more to come. If you’ve never played a survival game before or have been burnt out by so many cookie cutter clones, you owe it to yourself to at least give it a try. And then take a shit down a chimney while wearing nothing but a children’s backpack.