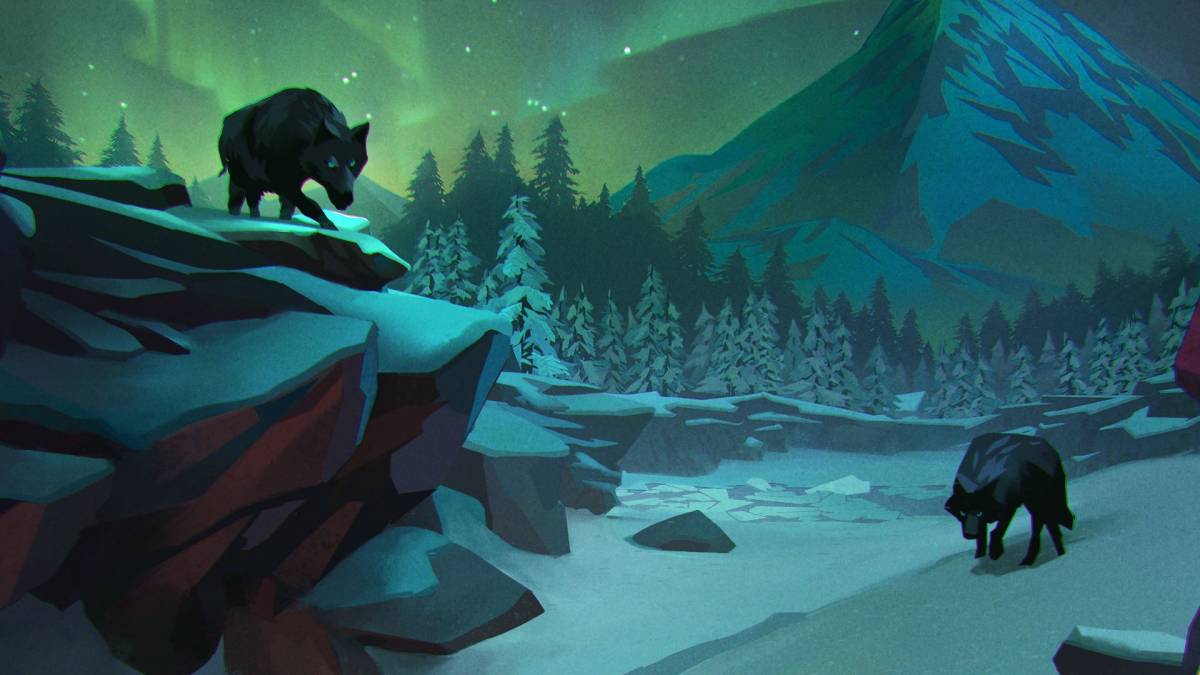 I can pinpoint the exact moment when I fell in love with The Long Dark‘s stylish brand of survival. It was when I shot a wolf in the face with a flare gun, ate its flesh, and used its hide to furnish my shoes.

This might sound a little sadistic (and really, it is), but it makes sense if you’ve slogged through the game for hours upon hours while feeling utterly, hopelessly vulnerable against the elements and many wolves that want to eat your throat. Shortly before my Dahmer-inspired spree, a wolf attack had left me bleeding out and minus all of the clothes I had just spent searching through countless empty houses for.

This was the aftermath: 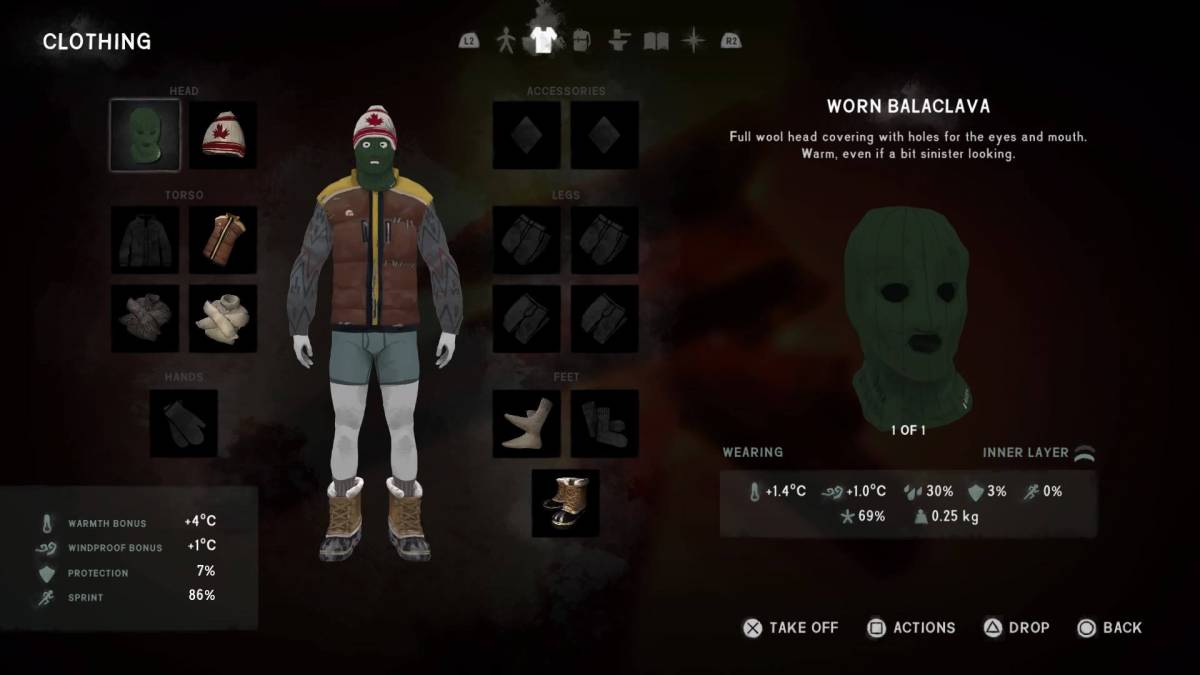 The Long Dark is full of moments like these, the triumphs after so many lows. It’s one of the best and most breathtaking survival games I have ever encountered and one that’s been fine-tuned since it was released into Early Access back in 2014. Hinterland have been working hard to make the search for an elusive stick that much more engrossing, and it shows in almost every gorgeous vista and scene of desolation.

Split primarily into two different modes, The Long Dark offers Wintermute, the game’s long-awaited story mode, and Survival, which is the spine the game built its fanbase upon.

Wintermute puts you in the shoes of Will Mackenzie, a jaded pilot who finds himself stranded in the Canadian wilderness after agreeing to take his ex-wife there under a cloud of secrecy. After flying through an anomaly, the plane crash lands and the two are separated, leaving Will to try to track her down through snowy expanses and some wearying encounters with NPCs.

The framework of the sandbox mode has effectively been applied to The Long Dark’s story mode, but instead of asking you to just survive, you have to meet objectives in order to progress further. Of the two out of five planned episodes available so far, the gameplay loop is pretty evident: fetch this for this person, bring it back, and listen to some exposition and clues before repeating the same thing. It works, but while searching for longevity, Hinterland have made Wintermute unnecessarily bloated, especially when getting from area to area requires a lot of stopping and starting due to the extreme weather conditions and Will’s selfish tendency to need to eat and drink to stay and alive.

Still, Wintermute offers enough in the way of mystery to drag you through its snail’s pace. Even though Will’s missing wife is supposed to be the focal point, I couldn’t help but think about where everything has disappeared to; the plentiful abandoned cars and frozen corpses doing enough to fill in some of the gaps. There’s a definite hook, but some of Wintermute’s fat needs trimming for what’s to come. 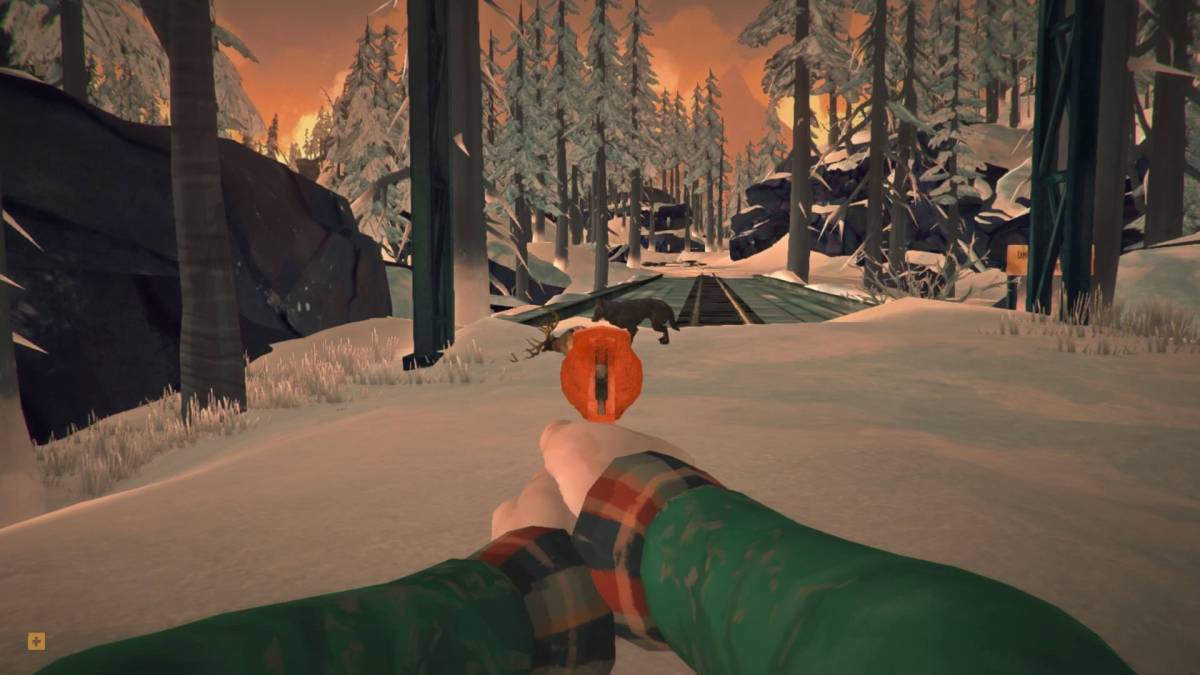 The Long Dark’s Survival mode is where I’ve been spending a good deal of my time, weaving my own stories and starting vendettas against wolves with extreme prejudice. It’s supremely brutal, undoing all of your hard work because of one mistake and asking you to start over again. Never has permadeath felt more unfair than when you wander too far from your safe spot and find yourself alone in the dark and slowly freezing to death.

I spent an in-game week feeling a lot like Bill from The Last of Us, only venturing out of my base of operations (a gas station) to collect essentials while talking to myself the whole time. My inner monologue was going haywire, totting up the amount of water I needed to boil to survive a few days and the kilograms of wolf meat I could feasibly carry before it became too much of a burden on my strength. It’s almost scary how much The Long Dark draws you in, turning you into a gibberish-spouting, wolf-hating mess without you even realising.

How you survive is ultimately in your hands most of the time with The Long Dark – you can’t always expect to come across dead deer, after all. Rifling through houses to find snacks and tins of food is going to be the main meat of what you do between the travelling, though if you play like me, you will likely set up shop and maximise the resources nearby before setting off for pastures new.

Compared to most survival sims I have often trudged through out of monotonous obligation, the micro-management of resources in The Long Dark doesn’t feel like a chore, moreso a necessity to help me find the next sumptuous horizon or fascinatingly stark town. Bizarrely, I found a rhythm for it before too long, a series of everyday tasks to complete upon waking and what I needed to do throughout the day feeling like they were fully automated – as if I was there, wearing hilariously mismatched clothing and trying to not let the guilt of rabbit murder set in.

The sense of discovery is what kept me coming back, the promise of a new hut or a whale processing facility proving too damn alluring, even when I knew that I was essentially drifting into a staid routine of gameplay. There’s something weirdly comforting about fighting for your life, surviving through the lows, and revelling in the lows. For every wolf attack, there’s coming across a dead elk with more meat than you could ever eat. For every trouser-less adventure through a frozen forest, there’s a nook to investigate and a cranny to poke around in.

And explore you will, because The Long Dark is absolutely gigantic. In Survival, you are given the choice of multiple starting areas of varying difficulty suited to different playstyles. The hardcore will delve into the punishing later stages immediately, but everyone else could also technically start from the easiest rungs on the ladder (Mystery Lake is a relative walk in the park) before eventually venturing into more challenging areas where cover is scarce and the wolves are superb bastards. 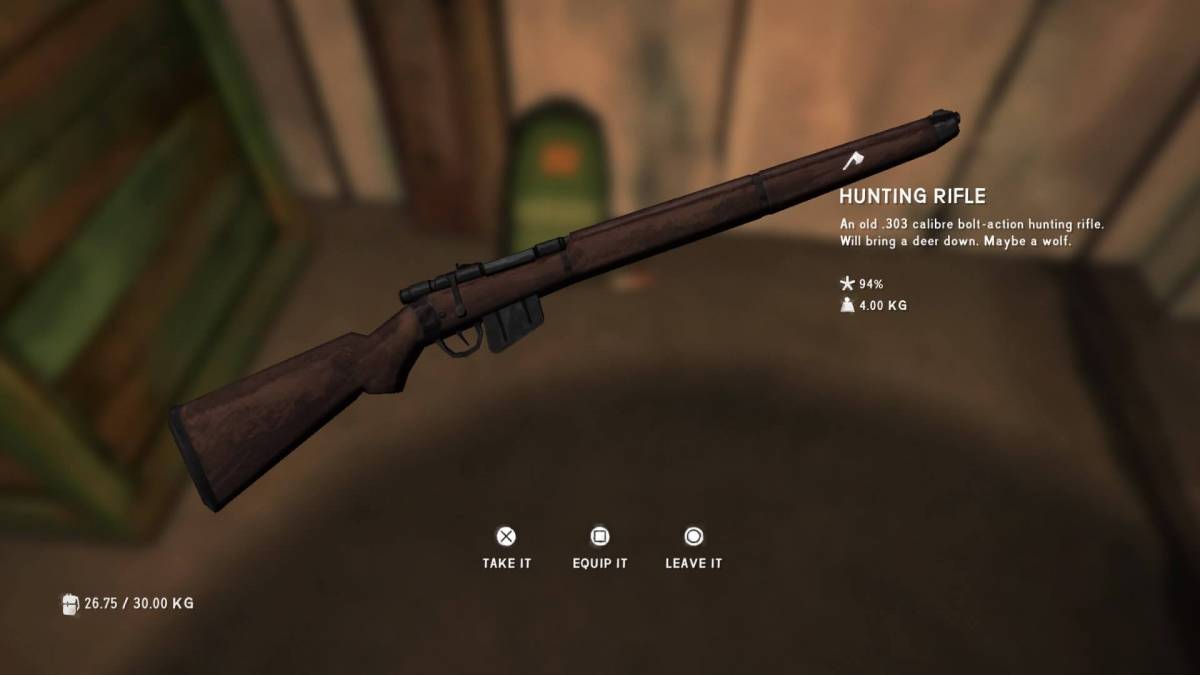 There were a couple of moments, however, where The Long Dark unfortunately went suddenly into the good night, i.e. it crashed. As such an immersive game, being rudely shaken out of your obsessive management of meats by a hard crash can seriously dampen the need to jump back in. It’s certainly not the worst example I’ve come across on PS4, but it needs addressing all the same. Likewise, the controls are always slightly finicky, even dozens of hours into the game.

Despite a couple of bug bears and a needlessly drawn-out story mode, The Long Dark sets a fine example for other survival games to follow. It will pull you in and have you worrying about the correct balance of condensed milk and beef jerky in your inventory without you even realising.

Verdict
Beautiful, stressful, and utterly life-consuming, The Long Dark is a triumphant survival game that will make you hate wolves very much.
8.5
Cultured Vultures is a pop culture website established in 2013 covering all things gaming, movies, and more. We eat your words.
All The News On The Biggest Games