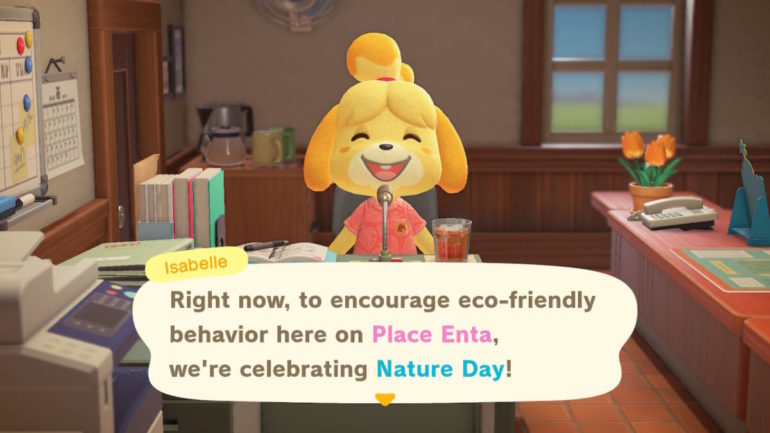 April 23rd marks the first day for Nature Day in Animal Crossing: New Horizons, a new event that celebrates all the green things. From now until May 4th, players can collect shrubs to plant bushes, buy rare flowers, and also sell a whole load of weeds for big Bells.

Nature Day is anchored by Leif, who has set up shop on the plaza with his stall. Much like Kicks, the travelling shoe and bag salesman, he offers a rotating shop of goodies that you can only find from him.

As well as that, it appears that what he’s selling is seasonal. We think you won’t be able to store any shrubs he gives you and then plant them in the winter, so be sure to put down everything you can when you can.

Here’s everything you need to know about Nature Day in Animal Crossing. 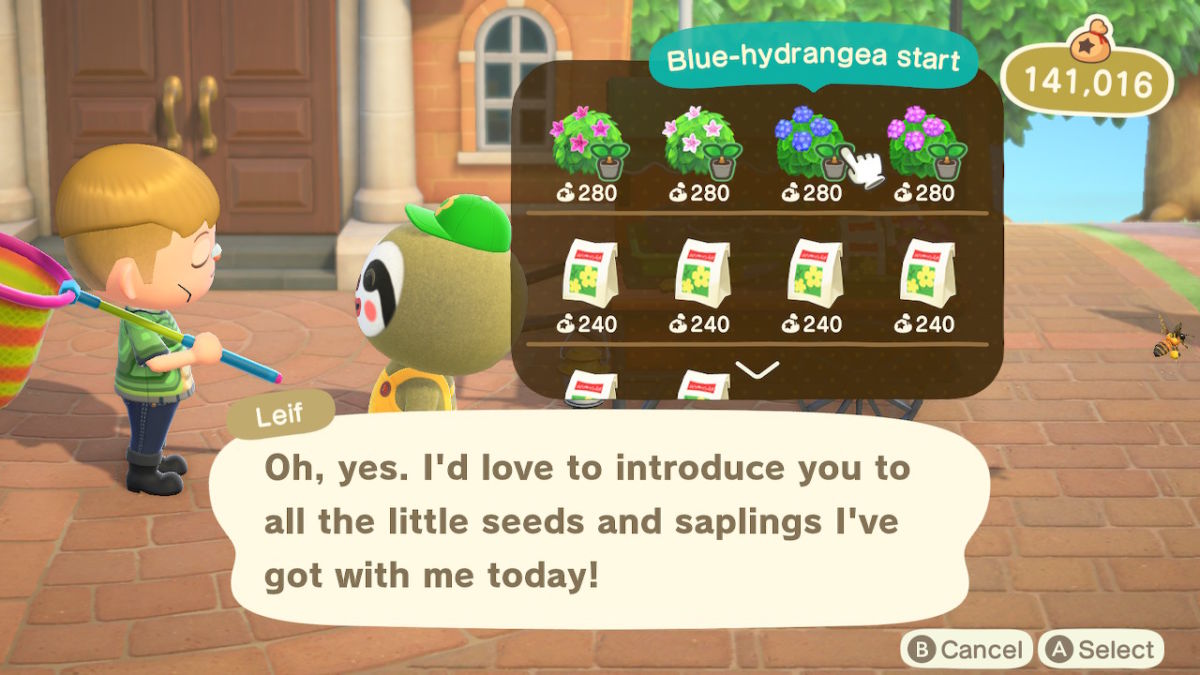 Leif will sell you both shrubs and flowers as part of the Nature Day celebrations. Shrubs cost 280 Bells apiece, whereas the rare flowers he sells go for 240 Bells each. You can purchase bundles of each: shrubs cost you 1400 Bells for five, whereas a bundle of five flowers will set you back 1200 Bells.

As for what kinds of shrubs he sells, here’s what we’ve been offered so far:

We’re pretty sure these will rotate around every day, so we will update this when we have a better look at all the shrubs he sells. He will almost certainly have different colours for each shrub variety.

He also sells flowers that don’t grow natively on your island. We have been offered mums and cosmos plants so far; will update if he has anything else to offer. However, lily of the valley, which you can only get from getting your island to a five star rating, will not be up for sale.

As well as selling you various green goodies, Leif will also take any weeds off your hands for 20 Bells apiece, which is double what you can sell them for at Nook’s Cranny.

If you’ve been playing for a while, you may not have any weeds to sell from your island, though if you visit a mystery island by buying a Nook Miles Ticket they usually have a tonne that you can pick up and then sell to him for easy money.

Every day until the Nature Day event ends, you will get a special activity to complete that will reward you with a whole lot of Nook Miles. On day one, we were just asked to plant the shrubs starts that we bought from Leif for 1000 easy Nook Miles.

As well as that, you will also unlock the Shrubbery Hubbubbery milestone, which rewards you with Nook Miles for planting 1, 5, and 20 shrub starts. You get 100, 300, and 1000 Nook Miles for completing each respective milestone.

To actually plant the shrub starts you get from Leif, they work exactly like flowers do. Just go into your inventory and select plant and they will then start growing.

It doesn’t look like you can water them to grow any faster, which should take around three full days if they grow at the same rate as trees. Also like trees, you can pick them up with your shovel if you want to move them.

We will update this New Horizons Nature Day guide with any new info as we get it.

Compared to the previous event in New Horizons, Bunny Day, Nature Day is already far more agreeable, largely because there’s no weird person in a bunny suit. We’re looking forward to continuing to take part in it until the event concludes on May 4th.