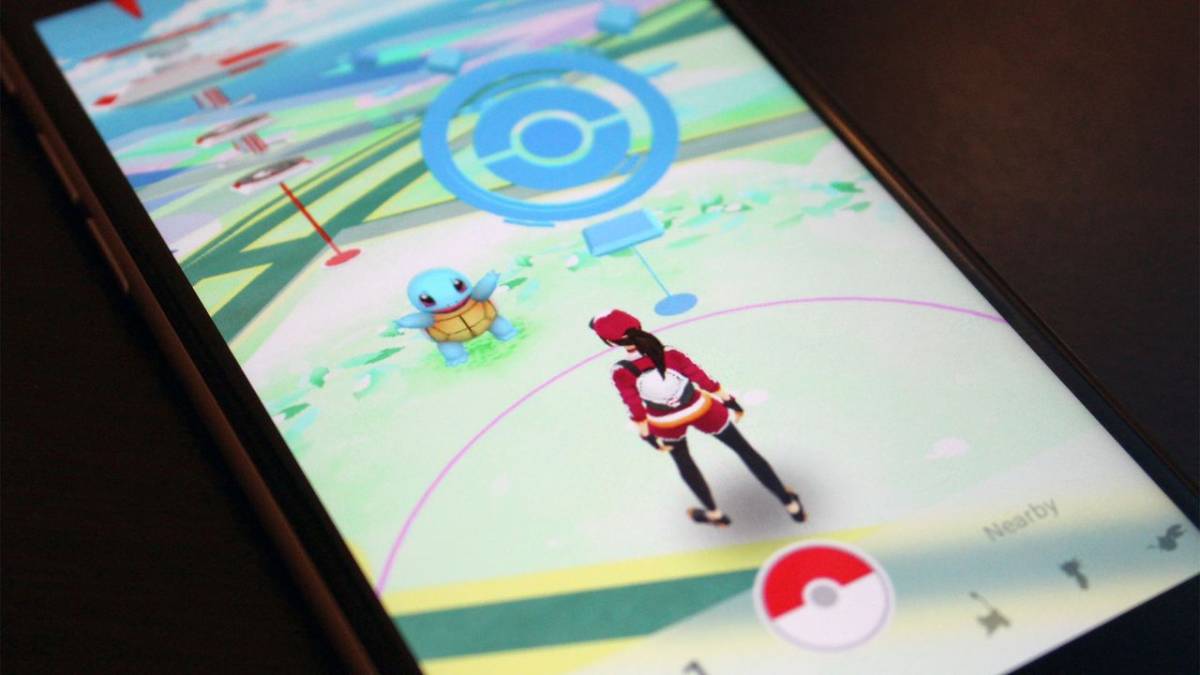 We have a wave sweeping the nation. A highly charged wave that has people taking to the streets, and engaging in conversations they wouldn’t otherwise have. En masse, citizens are communing in their local metropolis, sharing ideas; the country is electrified.

Now I will be sure to infuriate many readers by my skewering of this social phenomenon so let me get a few things out first: the gaming interface, yes, is extraordinary. We are using technology, geo-tracking, optics, accelerometers in our phones, and social media webs to engage in a game. People who wouldn’t otherwise get out and explore a city they may have lived in their entire lives are doing just that; they’re walking, they’re talking, they’re throwing digital Pokeballs. This is the first wave of undoubtedly many interfaces of its type.

Now, all of that being said, I’m noticing a perturbing trend. I’m from the NYC area, arguably one of the greatest cities in the country, possibly the world. So necessarily, I still have a lot of friends and acquaintances there. My Facebook feed has been inundated with people going out on Pokemon hunts and finding “cool places they didn’t know about” – many of which are landmarks.

But that’s not what worries me.

We’re engaging in mass distraction, mass delusion, and the opposite of mass hysteria – mass apathy. This is dangerous ground. And I know, I know, any form of entertainment is mass distraction in some capacity, but let me finish.
What worries me is that we have 20-35 year olds touting they walked a whole 3km, as if this was a Herculean task, looking for what ultimately amounts to pixels; they need a fake task to get real exercise. This is unsettling considering over 68% of adults in the US are considered overweight or obese. What perturbs me is that we have young men and women who never make eye contact with others all of a sudden saying how great it is to meet new people, and it took chasing around imaginary things while staring at their phones to do it. While the end result is admirable, as some people need to come out of their shells (I’d insert the name of some shell-donning Pokemon to be witty, but I don’t nor do I want to know too much about them); the means are unsettling.

As a culture, we’re becoming soft. Every physical exertion a Sisyphean errand, every issue is a trigger, every controversial opinion an affront. Colleges, and reputable Ivy League Universities, are changing their curriculums so as not to “offend” anyone. We’re sugarcoating everything, and pretending the world is all Pokeballs and Pikachus.

We live in a world where vile things happen, horrible things occur without reason, and nobody is truly, uncompromisingly safe. Not to be the guy that says “in the good old days” but many of our grandparents were storming beaches and killing Nazis when they were barely old enough to vote, now we need safe spaces because a mere thought or opinion might “trigger” someone.

We’re not progressing; we’re regressing, in a philosophical sense. This article in the New York Post truly underscores how far we’ve fallen. We have people complaining of scrapes and twisted ankles as if they’re this debilitating injuries, when our forebears, even contemporaries, were and are fighting wars and getting limbs blown off to protect your very right to saunter around any city and remain relatively safe. But we have people chasing around Pokemon – and some getting injured, and some people are trespassing on hallowed ground. We’re losing sight of what’s off limits to chase the imaginary; we’re becoming so disconnected from reality in the pursuit of something pretend that we are flouting what we should hold sacred as a people, culture and Americans.

And the following quote makes me wish this all was satire – but it’s not. It’s in the aforementioned article in the New York Post: “ ‘[My phone] vibrated to let me know there was something nearby and I looked up and just fell in a hole,’ she says. Her parents had to drive her and her fiancé home.”

Read that again. Her parents had to drive her and her fiancé home. Does nobody else find it odd that a 22 year-old didn’t have the wherewithal to not fall in a gaping hole, and neither her nor her fiancé the means or conviction to get them out of a situation? We’re running around like toddlers because we are in fact in seems, as helpless as toddlers generationally.

I will concede that even though I think the means are absurd, there are positive qualities: people are talking to strangers (gasp), exploring, and getting exercise (ack!). But this is not the part that concerns me the most.
We have social ills rampant in the streets, but this is of no consequence because there is a Charizard around the corner! My point is that from a philosophical point of view – we are more concerned with an alternate reality than our own. While I’m very glad people that would otherwise not get out and explore are doing just that, and it warms my heart that people are actually engaging in the lost art of conversation it is by all means truly sad when we need a game, a collection of pixels and media, to make us do what we did for thousands of years: explore, walk, talk, connect.

We’ve engendered a sense of isolation via connection with all of our technology: cell phones, texting, Instagram, Facebook, Reddit, Skype – we’re connected but not connecting. Think about it, when was the last time you had a truly deep conversation with someone about things that truly mattered? When was the last time you just struck up a conversation with someone standing in a line to get coffee that wasn’t completely topical (as in “wow it’s hot out”)? When was the last time you met someone and what they said moved you? I’m glad we’re talking, and it’s a start, but sharing tips on Pokestops will not allay any issues that face us as a society, and they are aplenty. We’re engrossed in an app while people are dying; and I wish I was being hyperbolic.

Most people, especially the ones playing this game it seems, could never just strike up a conversation with someone on the street – we need the buffer of fiction to do just that, and that, my friends, is a problem – socially and philosophically. As if we weren’t big enough zombies with our devices before this trend, I’m seeing people – grown “adults” walking around with their phones in front of them like some scanner in Star Trek – looking for fake life forms in the very real, very dangerous, and also very beautiful world. I personally saw some guy when this app first came out a week ago walking with his phone in front of him, and couldn’t for the life of me figure it out. Then I saw him break out into a labored “sprint” and stop suddenly, and start jumping up and down joyously. I didn’t put it together until later, but now looking back, it’s quite sad. The only thing that got this guy out of his apartment was the possibility of catching something that doesn’t exist, the chance of snagging essentially nothing.

We’re chasing emptiness, and wondering why we feel empty.

Meanwhile, we have a lot going on in our society: citizens are being killed by the police, police being killed by citizens, the weirdest political climate by far – and the one generation (millennial: adults 18-34) that is the largest by number (75 million, almost 1/3 the US population), most powerful by spending power ($200B annually), and most upwardly mobile – is too busy chasing imaginary elements on their mobile device to affect real change. I’m not trying to be Debbie Downer here, but it’s perplexing how a game, a childish game in fact, is engaging more people than real issues that may affect them, their friends, their family, and their children. And yes, I know, the whole realm of politics, social issues, ecological disasters and the like is a drag, and everyone needs a respite. But I’ve seen more people engaging in this game, and touting it on social media than I’ve ever seen addressing real issues that truly, genuinely affect all of us. If we could take just a fraction of that zeal and put it to something real and useful, we’d be so much better off.

In tandem with all of these philosophical and social conundrums – the privacy policy on this app apparently is very broad, and would have even a mild conspiracy theorist arching an eyebrow. In the age of outrage where we are so irked by things like the Patriot Act, the NSA tapping phones, Snowden and what he uncovered – we are so blindly ignorant to what we are buying into, and signing off on! We’re functionally giving up our freedom to preserve our right to not be present, our right to chase pixels; we’re giving up our rights to play a mere game. But the stakes are much higher than we realize. It’s not about app permissions or Pokeballs. It’s about humanity learning how to be human again; how to engage, talk, interact, connect, commune, exercise, and explore. We weren’t meant to be so connected on a superficial level and so disengaged on a fundamental one. Maybe this app will help us see that, but I highly doubt it; call me a pessimist, call me a realist, call me a hater – but I’d love to be proven wrong and see this lowly app start a new trend in social and community consciousness.

I don’t have a hard and fast answer to any of this, but I just wanted to point out the philosophical quandary we are currently in, whether you realize it or not. The only answer I do have is we – all of us – need to be more present in our current reality. Yes, I contend life can be a grind: wake up, shower, go to a job you probably don’t like, eat, rinse, repeat – it can grind on you. But immersing yourself in a fictional reality won’t make it go away; and like I said, life isn’t all Pokeballs and Pikachus.

I propose this: Put down the phones. Turn off the laptop. Connect. Engage. Explore for fucks sake! The world is a horrible place at times, yes, but it is also a beautiful place; have you ever just watched people be people – really just sat and watched people go about their lives while you grab a bite or sip a coffee? Or see the way traffic dances in a ballet of brake lights in the evening? Caught a sunset on a warm night and not a Charmander?
The mundane can be magnificent if you look hard enough, and stop trying to distract yourself.

Now, the internet is plentiful with derisive memes of this Pokemon Go frenzy, so you don’t need to look far for a laugh. But this all really isn’t funny. I know it’s a means of entertainment, but look at what we needed to basically be human again. Humanity, apparently, there’s an app for that.