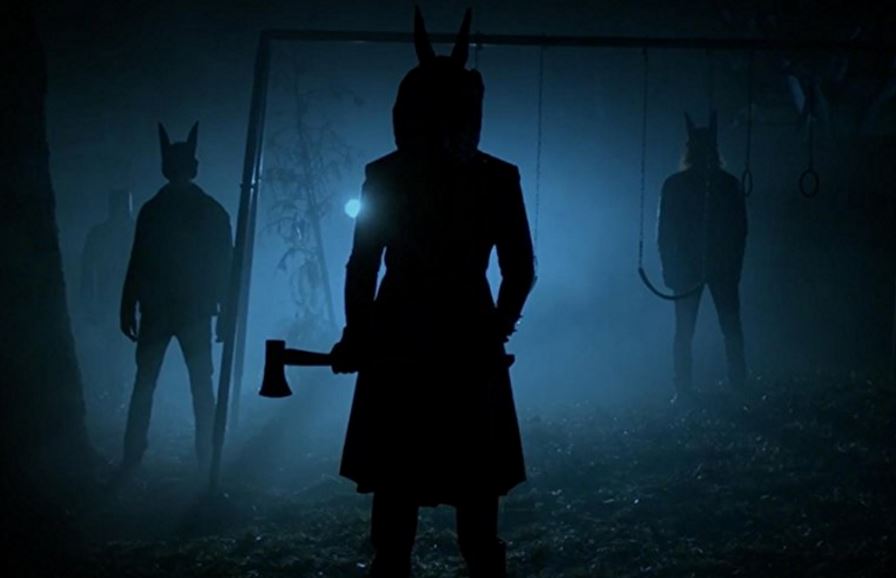 When done correctly, these kinds of domestic horrors can resonate deeper than most; they’re much more likely than a possessed doll or ghoulish apparition. Recent, notable entries to the genre would be the likes of 2008’s The Strangers or 2011’s You’re Next; great films which preyed on the very real threat of people breaking into your home. Jackals isn’t the pinnacle of the home invasion genre – far from it – but it’s a good entry point for newcomers to get the gist of what to expect.

Jackals sets itself apart by having the reason for invasion be a young guy named Justin Powell (Ben Sullivan). Justin’s been indoctrinated into an unnamed cult, and his family take measures into their own hands to reclaim him. Enlisting the help of a ‘cult deprogrammer’, they begin the process of getting their son back. However, things take a turn from healing to survival when the cult comes to take back what’s theirs. And when the closest neighbours are allegedly “at least a mile away,” the Powell family can do nothing but lock themselves down in their small, isolated cabin and hope for the best.

Let’s get this out of the way: the cult are absolutely useless. Perhaps it’s because the film needs to be a certain length to qualify as a feature, but there’s countless moments where they choose to stand around menacingly rather than just rush the house, kill the family, and claim Justin. Several justifications are attempted as to why this is the case – “they want us to submit to them,” the father says – but they just feel like excuses for a corner that writer Jared Rivet has placed himself into. You can’t initially show the cult as this imposing horde of masked assailants, and then have them enter one at a time and be picked off by the supposedly helpless family. It just doesn’t work.

Despite them being pretty laughable, the cinematography of Jackals does lend itself to making the cult a somewhat menacing threat. From the initial glimpses of girls in animal masks skulking around outside, to the full-blown appearance of the cult leader; there’s some real good stuff here. The same cannot be said for the entire film – a lot of the action is poorly lit and hard to make out – but there’s some real attention put in to make everything as convincing as possible.

What isn’t convincing is how the family act throughout Jackals. Justin’s brother, Campbell (Nick Roux), seems to hate his sibling from the moment they bring him back to the cabin, which makes it unclear as to why they’d want to rescue him in the first place. Later he even suggests simply throwing Justin out to the eponymous jackals, which makes the entire survival aspect feel a bit redundant. Justin’s mother Kathy (Deborah Unger) is similarly one-note; she mostly blubbers her way through the ordeal until developing something of a personality towards the film’s anticlimactic conclusion.

The only member of the family who does a great job showing an arc is Justin’s father, Andrew (Johnathon Schaech). His interactions with the deprogrammer (Stephen Dorff) and conflicts about being a patriarch are what drive the story onwards, and give everything a sense of purpose.

When looked at from afar, it’s clear to see that Jackals wears its influences unapologetically on its sleeve. Director Kevin Greutert had a role in editing the aforementioned The Strangers, and the creeping, toying threat of the outsiders is reminiscent of that movie’s porcelain-masked antagonists. It’s not utterly forgettable, but there’s little that demands a viewing of Jackals – and even less to recommend for moviegoers who aren’t already huge home invasion fans.

Verdict
It's not quite up there with the invasive horror of The Strangers or You're Next, but Jackals still manages to deliver enough genre-specific beats to make it worth a glance for hardcore horror fans.
6.5
Cultured Vultures is a pop culture website established in 2013 covering all things gaming, movies, and more. We eat your words.
All The News On The Biggest Games