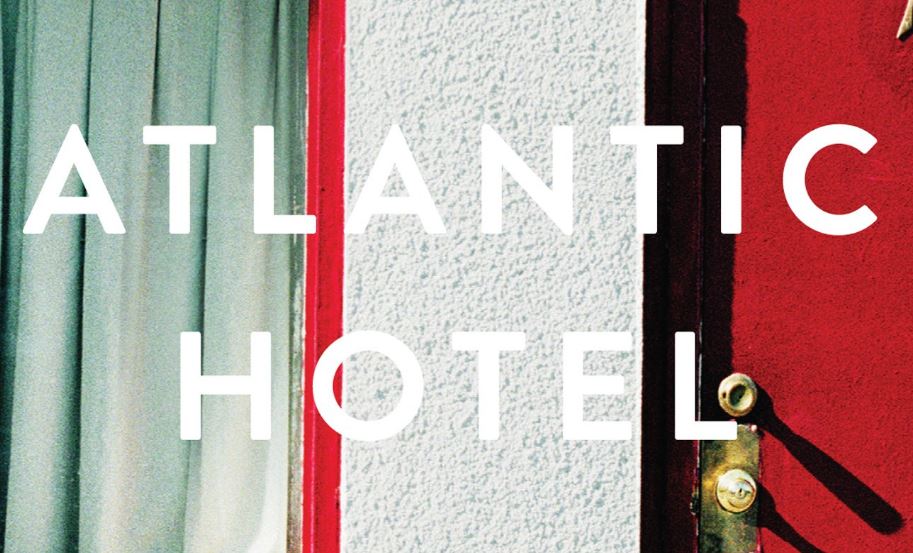 Reviewing a novel by Brazilian writer Joao Gilberto Noll is difficult. In the two books that are available in English translation, Quiet Creature on the Corner (which I reviewed for Cultured Vultures some time ago) and the newly available Atlantic Hotel (both published by Two Lines Press), Noll gives readers “flow,” episodic streams of situations that flow into and out of one another, rather than plots; he forges amorphous protagonists replete with consciousness and crippled by anxiety, rather than definable characters with clear motivations.

I am willing to risk the cliché of calling Noll’s work “riveting”: Quiet Creature on the Corner and Atlantic Hotel are short novels that envelop the reader in a troubling and engrossing protagonist perspective; readers can’t be sure where the character is leading, and, at any given point in the story, the guide may have already forgotten where he’s been, what he’s done, even who he’s been or what he’s pretended to be. We, the readers, cannot be sure of their motivations and desires because these protagonists join their actions to the “flow” available in a moment before they even recognize their desires. They are as much “along for the ride” as we are, and the effect of this spell is both engaging and menacing.

Like Quiet Creature on the Corner, Atlantic Hotel begins with a character who is already in trouble, but he is so unstuck, so dissociated, from himself that he seems unable to remember what’s wrong. Is he sick? There are signs that he may be. There are symptoms, though these could be chalked up to the anxiety he’s fighting. Is he dying? Death overshadows the whole novel. He frequently voices the fear that he is dying and, a few times, that he is already dead. Death is only ever one or two steps away: someone’s murdered body on a gurney being carried down the stairs in the opening scene, a bloodstain on the carpet in his room that preoccupies him no less than three separate times, an American woman who kills herself with pills next to him on a bus, a blood trail to a murdered man in the woods, a dying woman he performs last rites for in a village, and on and on. Whatever is wrong with him, this man must go, must keep moving.

What becomes unnerving as the novel tries to keep up with its protagonist is the tendency for his anxious flashes of consciousness to gain traction in reality, for them to become premonitions of things to come, though he only recognizes them as flashes of thoughts, feelings, images, none of which will he remember later. Perhaps these are related to the urgency of his constant “departures.” In the first episode of the story, the man stares at himself in the mirror, “steadying myself on things, feeling a sort of disability–the image of a convalescent getting ready to leave the hospital came to mind.”

A hundred pages or so later, he has spent months convalescing in a hospital, and he is getting ready to make yet another departure. But the man also seems to realize that constantly departing keeps him from remembering himself: “I watched the commotion at the bus station and saw the hour of my departure had arrived, the way someone going under for surgery witnesses the anesthesiologist’s first procedure.” Does travel “put him under,” prevent him from piecing himself back together, from remembering himself?

If there is one thing the protagonist of Atlantic Hotel wants to avoid, even more than dying, it is being whoever he really is. The man only ever becomes people he pretends to be; he never really is anybody. He lies, telling the pretty American on the bus that he’s an unemployed actor, and he plays the part for the time, only later to be mistakenly “recognized” as a famous actor by some thugs in a bar in another town. After escaping these men when they turn on him, he is given a room in a parsonage in another village where the church caretaker lives. He falls asleep kneeling by the bed (kneeling from exhaustion–he isn’t praying); he is given a dead priest’s cassock to wear while his clothes are being washed; and while he pretends to be a blind priest, he is asked to give last rites to a dying woman (he obliges, kind of).

Later, he does, in fact, lose his sight, after yet another departure, this time from the hospital where his leg has been amputated, and where, again, he has been mistaken for a soap opera personality. He only becomes, or rather, ever is becoming. But it’s not as if he is just pretending–that’s part of it–but just as much, it is fate (or whatever you want to call it) that is forcing his hand. Identity is left up for grabs somewhere in this navigation of time, place, and person. And fiction, in Noll’s world, can be just as real and as dangerous as the world itself.

And it’s this thought that I’d like to end on: more than the opportunity to discover a provocative Brazilian author who is making his mark on contemporary world literature (and I’ve made my case about this point in my review of Quiet Creature), Quiet Creature on the Corner and Atlantic Hotel also offer us more than riveting stories: they give glimpses into a poetics of the novel that we are only beginning to understand, a poetics of fiction, which in these works, is as dangerously alive as it is compellingly rendered.

Verdict
Atlantic Hotel is a short, hard punch of a novel. It follows a man in trouble on a journey the leads as much away from himself as it does away from whatever it is he is trying to escape. Noll's Atlantic Hotel lands somewhere between worlds of Camus and Borges. If you give it a chance and read it once, you'll read it again.
9.5
Cultured Vultures is a pop culture website established in 2013 covering all things gaming, movies, and more. We eat your words.
All The News On The Biggest Games