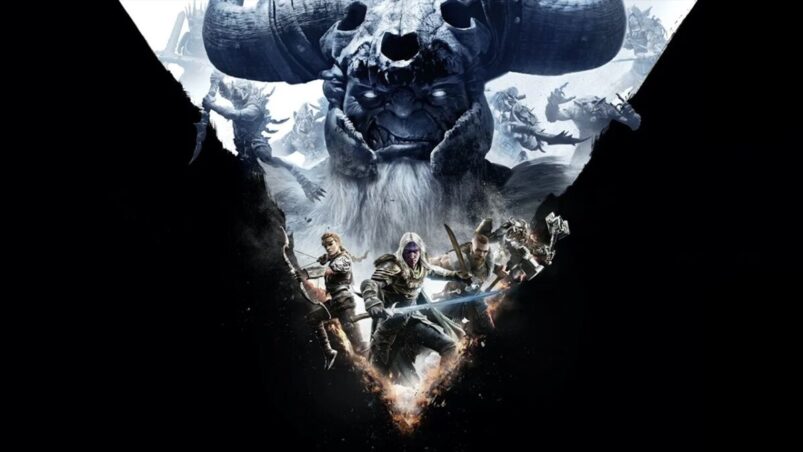 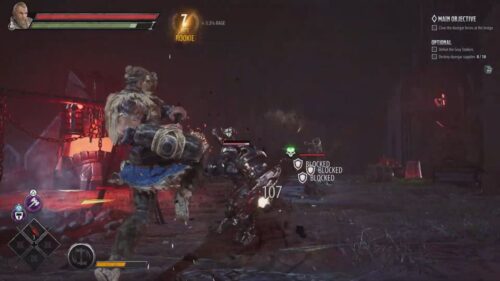 The world of Dungeons & Dragons is one of mysterious treasures and huge monsters. The worlds written in the player guide books for the tabletop RPG are home to some of the nastiest and most fearsome creatures in all of the high fantasy genre, from sharp-toothed Goblins to the titanic Frost Giants. In Dungeons & Dragons: Dark Alliance, you’ll fight hordes of monsters as one of four legendary heroes in wondrous fantasy locales. This isn’t like the tabletop, however, and is much more about the action than the strategy found in the turn-based tabletop game.

As the spiritual successor to 2004’s Baldur’s Gate: Dark Alliance 2, you’ll hack and slash your way through an army of monsters that are invading the Ten Towns of Icewind Dale. With their prolific fighting skills, the heroes will brave the dungeons of the land and find the source of the power that has gathered these normally tribal monster factions together into a united front of darkness.

Dungeons & Dragons: Dark Alliance begins when you select a hero, the first of which is Bruenor, a Dwarf fighter whose heavy armor and shields make him ideal for taking huge amounts and damage and standing strong. Wulfgar is a human barbarian, who wields a mighty two-handed weapon for high-damage strikes. Catti-Brie is a human warrior who was raised by Bruenor, though she prefers to use her bow and agile maneuvers over brute strength. The final character is Drizzt Do’Urden, a Dark Elf ranger from the underground world of the Underdark who has overcome the negative stigma normally associated with his people to those who live in the Ten Towns of Icewind Dale. Whether together or alone, they’ll fight the forces of darkness brought together to obtain Crenshinibon, a sentient crystal shard said to give its owner unlimited power.

Combat in Dark Alliance is fast, frantic and combo-based. There are two main attack inputs, mapped to the R buttons on the PS5, which allow you to launch light and heavy attacks respectively. You’ll chain attacks together from enemy to enemy to get the highest combo count possible, using an array of moves your characters can learn by purchasing them for gold. Higher combo counts award percentage bonuses as you hit them, which replenish your HP, stamina or build the meter for your characters’ ultimate attack. When it all comes together, the flow becomes a mix of Bayonetta with a dash of Souls-style stamina meter management, using deliberate motions and combo cues needed to set up specific moves and combo enders. During co-op, you’ll also be able to initiate team-up attacks with your allies for massive damage.

Dodges, blocks and timed parries are important, as getting knocked down could mean death for a careless fighter. Enemies hit hard and can stumble your character or even knock them down, allowing enemies to dogpile attacks on you. If you lose all your HP, you still have a chance to get back in the fight if you have a partner to revive you, but you’ll reload to a checkpoint if everyone in the party goes down. Combined with some light stat crunching in the form of feats and attribute points, combat feels immersive with meaningful progression. The ground-based cues will also help Diablo and Final Fantasy 14 fans to jump into the action, as dodging out of a big symbol on the ground is usually the right call. You’ll also be able to collect treasure after each adventure to equip your character, further altering their abilities.

Loot drops in Dark Alliance aren’t on-the-fly equipment affairs. Gear drops from chests, enemies and off of bosses but isn’t readily available to you until you complete your current adventure. You will pick up weapons, armor, rings and necklaces and be able to see the quality of the drop, but not exactly what it is, nor are you able to equip them. If you leave a dungeon run before it’s over, you’ll lose all of the gold and loot you obtained so it’s always worth it to finish a run off. This is especially true when using the rest checkpoints, as you can forsake refilling consumables, HP and Stamina to increase the quality of the loot drops from your current adventure. This makes already successful runs feel even better since you can double down on better overall loot drop chances.

There is treasure to be found everywhere on your adventures and it’s worth it to find it all. Checking out the nooks and crannies of each stage will lead hidden pathways off the main trails, areas that lead to bonus treasure chests, optional bosses, or objectives, to add to your experience point total at the end of the stage. Much of the environment is destructible as well, including explosive barrels and poison plants, which can be triggered to use against your enemies.

The visuals and sound effects help bring the world of Dark Alliance to life. Your adventure will take you to some breathtaking locales filled with vile creatures waiting to flay the flesh from your bones while ruining the beautiful world you’re in. This is backed up by some fantastic voice acting that’s filled with flavorful quips that any fan of the franchise will crack a smile at, with plenty of nods to content as far back as 1988, especially for the Drizzt fans. This isn’t limited to just the heroes either, as the enemy banter is some of the best in the game, with plenty of great jabs at the story that vary depending on what point you’re at in the story and who you’re fighting against. These small details make the world feel lived in, at least for the first time through and are a great treat for fans of the franchise.

Dark Alliance isn’t a perfect game, however, and has a few flaws that take away from the experience. The lock-on system is clunky, especially when there are a lot of enemies on screen as it can be hard to find the right target in a crowd using the normal method of switching targets. This hurts the combo-based nature of the gameplay since unlocking and locking back on to the correct target with a freeform camera can take a minute you may not have in the heat of battle. This gets ugly when the frames begin to drop as well, during combat and in cutscenes, with big crowds sometimes slowing the game down to open up a window for an unseen attack. You can also get stuck on the loading screen at times, which can only be solved by dying or restarting the game. Along with a weak soundtrack that gets drowned out by the meaty sound effects, these small complaints are things that can add up fast at the worst of times.

Dungeons & Dragons: Dark Alliance is a fun game with a ton of fanservice for the dedicated D&D fan. This is backed up by solid combat that feels rewarding to pull off, since certain big-damage attacks need to be set up before you can execute them. The small amount of stat crunching is also just enough to give your character a personal niche to separate yours from another player. However, with a clunky lock-on system, framerate drops on the PS5, loading screen locks and a disappointingly weak soundtrack, Dark Alliance becomes a tough game to recommend for anyone who doesn’t have a group of friends to play with. It’s even tougher to recommend to someone who isn’t a fan of the world of Dungeons & Dragons’ Forgotten Realms setting.

A copy of D&D: Dark Alliance was provided by PR for the purposes of this review. 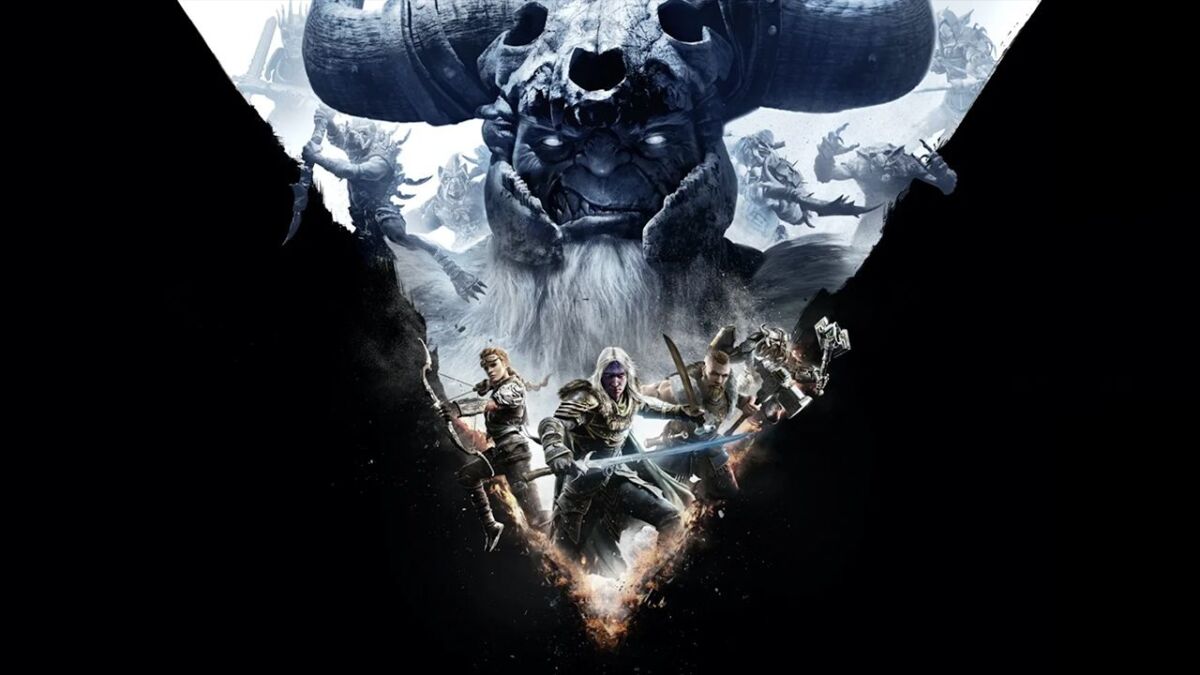 Verdict
Dungeons & Dragons: Dark Alliance is a fun action game to play with friends whose deep combat gets overshadowed by a clunky lock-on mechanic and untimely framerate drops.
7
Cultured Vultures is a pop culture website established in 2013 covering all things gaming, movies, and more. We eat your words.
All The News On The Biggest Games