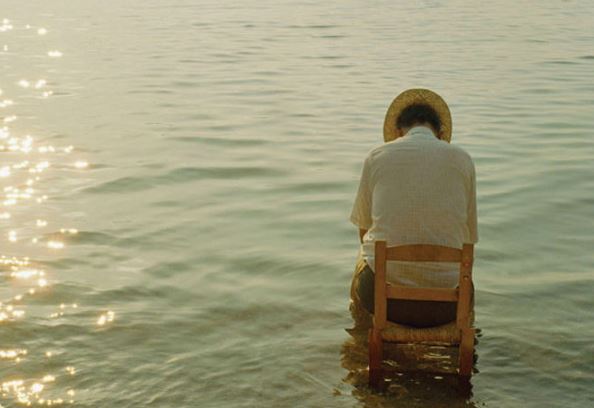 The narrator in Joao Gilberto Noll’s Quiet Creature on the Corner has been compared to Albert Camus’s Meursault, from The Stranger, the world he inhabits as “reminiscent of the films of David Lynch.” But what makes the novel interesting, even captivating, for me is the combination of these two tendencies.

You read Quiet Creature on the Corner‘s short, meandering narrative with an eerie sense, not of confusion (for there is no frustration), but of misunderstanding, of disjuncture. The world simply occurs to Noll’s narrator in fits and starts, in restarts and near repetitions. The unnamed protagonist’s narration seems just short of being able to keep up with who he is in this moment, with what he’s already doing, while what he has done seems already to have passed from mind, and the future is a haze, a fog, which, as he often discovers, he is already living, and yet it still seems out of reach.

These are the novel’s first lines: there is a jump-cut, as it were, just in the move from the first sentence to the second, interlaced with the same image of a greasy water-broth running down the drain, and three months have passed. Here, at the beginning, Noll is helping you, but not after; the rest of the book has you moving from paragraph to paragraph unsure of how much time has torn by (hours, weeks, years?), unsure whether what you are reading has happened, is happening, is fantasy or future or is some combination of the three. In the first pages the young man bums around Porto Alegre, frequents the libraries, pretends to scribble on napkins, stands in job lines, sees a film, takes a few tokes on a soggy joint, rides the bus, watches his mom cry, looks at the stars, rapes a neighbor, goes back home, tries to go to bed, gets annoyed at a thunderstorm, takes his mother to the train station.

“Wait,” you say. “Did you say rapes a neighbor?” Yes. And he seems to discover it just as we do–it occurs to him that it is happening, as he listens to her sing, out in some ruins on a hilltop, and by the time it occurs to him, it’s over; then it all but disappears from his consciousness. It resurfaces later as what seems like a sentimentalized fantasy–an escapist Lynchian soap opera love story? Or was it a dream he spoke in his sleep to lover? Nothing is certain, nothing but the fact that this and other would-be pivotal moments in the story are left in shadows, while the light blinks on for exploded close-ups on the in-betweens.

The man is jailed, moved to a clinic, relocated yet again, for the second act of the novel, to a manor in the countryside where he lives with Kurt and Gerda, an older couple who own the place, and their servants (lovers?, friends?, sycophants?), Amalia and Otavio. How does the man fit in? They supply him with a room, a desk, with paper. They seem pleased when he writes, he thinks; he has the impulse to do so. So he writes poems. Time jerks by; the man finds himself in the city, having faked a seizure to escape an awkward situation in a cinema bathroom, only to have the seizure become real. He wakes up in a piss-puddle; he is helped up by a stranger: “Who was this man who guided me finally to a mirror, a mirror that didn’t verify my features or those of the atmosphere around me?” He finds Kurt, and it occurs to him that Kurt is very old and that he himself is a man, that he too has aged considerably. Gerda is dying. “How much time had passed?” His perennial question.

As much as Noll seems to evoke The Stranger in character and perspective, his story, its gaps, the uncanny sense of ambiguity involved in the protagonist’s “treatment” (punishment?) and in his relation to and the direction of the power and authority at the manor is something closer to Kafka.

Noll charges the story with this tension, this post-modernist reframing of a classic Cartesian problem, as the engine of the narrative: the trajectories of mind and body are tethered to one another only by strings of desire, by the impulses of the moment. Otherwise, they move according to different rhythms, in different frequencies, in different directions, without synchronicity. But Noll punctuates the story with figures of this, and it is in these moments that, maybe, he is peeking through, guiding you along:

“I turn out the light, lie down with the radio on my chest. I hear noises, interferences, spin the dial this way and that, voices from all over the world: a show in Portuguese coming from Moscow, Asian languages, French, English, German. One among the voices catches my attention, it speaks in Spanish and says: if you can hear me don’t change the station, stay where you are, keep everything intact and I’ll arrive in seconds to remake you, you will become another. Then comes a sort of ethereal music, the half-open door creaks like someone is pushing it, trying to get in, and the hand that’s now touching my arm suppresses me, and I know that I should annul myself in this way, without sorrow, so that another can come and take my place, I no longer exist here, I lack.”

As much as the novel deserves its comparisons with the work of some of the modernist giants, Quiet Creature on the Corner, the English-language debut of a major Brazilian talent with nearly 20 titles under his belt in a career spanning more than thirty years, shows Noll blazing past them into his own territory with a story for a different age.

Meursault’s rage and Joseph K.’s searching are certainly present in Noll’s protagonist, as much as their apathy and awkwardness, but there is no Law; there is no God, no husk of religion; there is no cultural order; there is no real authority to appease or rebel against. There is no meaning at all. There is time, but he cannot feel it or hold it or keep up with it. There are Kurt and Gerda, but whatever authority they have is contradicted by their dependency for those over whom they exercise it. Time, Noll seems to suggest, will end all, regardless–whether it slips away from you in years or you count it in days, whether you’re good or bad, whether you’re Kurt or Otavio, master or stooge. But desire is unruly and ever-present, never spent, never satisfied.

Quiet Creature on the Corner is a glimpse into all of this: it begins with a nameless man washing away an unwanted past with water in a sink, and it ends as he emerges, nameless still, from a lake, dripping, ripping everything away, screaming, unsure as to why, unsure of his age, his past, his future. There’s nothing left to wash away, Noll shows us, and just being, just wanting in time, is both too much and not enough.