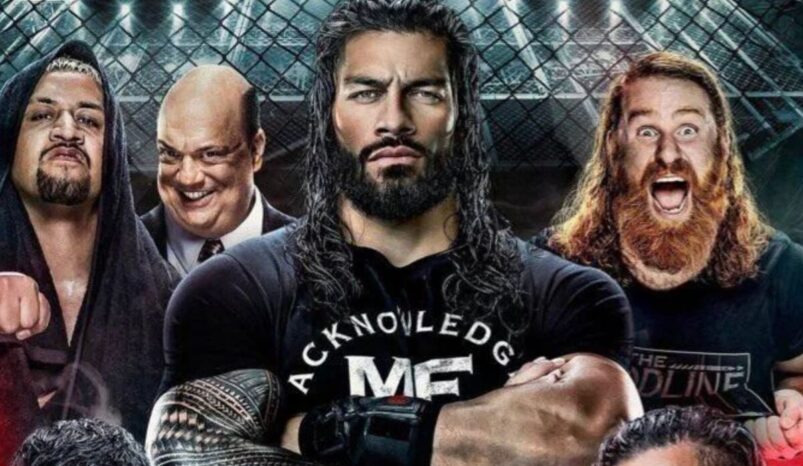 The first Survivor Series under the Triple H regime is set to be a game-changer. Not only has “The Game” eschewed brand warfare, but he has also made the move to integrate WarGames into the show. Fans are already excited about the prospects of gang warfare inside the steel structure, but what’s interesting is this is a homecoming of sorts for WarGames.

As a stipulation, WarGames has always felt like a unique twist on Survivor Series, dating back to its very early days. When it was brought back for NXT, those comparisons only deepened. Now, as it makes its way to the main roster the old WCW stipulation feels right at home on one of WWE’s big four shows.

Ever since its inception in 1987, Survivor Series has been based around one thing: Group warfare. Whether it be SmackDown vs Raw, Team Hogan vs Andre, or the very random Team Medusa vs Team Bull Nakano match, it has always been about opposing groups squaring off.

More specifically, Survivor Series has been about competing groups with multiple feuds coming together for one night only. At times, that has been abandoned for the more sterile brand vs brand matches, but this year is a return to the old ways for the stipulation.

While it was once a creative idea to get a number of top stars in the same match, the shine of Survivor Series as a stipulation has gradually decreased as the years went on. It was clear to most onlookers that Survivor Series needed a change, something to spark it back to life.

Dating back to (funnily enough) 1987, WarGames was also designed to pit two feuding groups of wrestlers in a match. Initially, it was a staple at The Great American Bash, where The Four Horsemen did battle with assorted babyfaces.

Compared to WWE’s annual Survivor Series match, WarGames happened quite frequently with 6 being held within a year of the stipulation debuting. By 1990, there had been 17 recorded WarGames matches.

Despite any slight differences between the two matches, at their heart, they fulfilled the same goal: Bring together a number of feuds in an incredible team-based match that put some of the company’s best in the same ring.

While there were similarities between the stipulations, it was always WCW/NWA’s version that was more popular. While it can be argued that the companies eventually ran it into the ground, some of these matches stand the test of time. The 1992 WrestleWar clash between Sting’s Squadron and the Dangerous Alliance is considered the greatest execution of the match to this day.

Wrestling journalist Dave Meltzer awarded the very first WarGames match a five-star rating, something he repeated for the WrestleWar 1992 edition and the 1991 WrestleWar match which featured, you guessed it, Sting opposite the Four Horsemen. For one reason or another, WarGames has always brought out the best aspect of pro wrestling.

The final WarGames match of the WCW era is a perfect encapsulation of why they lost the Monday Night War. In typical WCW fashion, it took place on an episode of Monday Nitro in September 2000. The star-studded team of Kevin Nash, Jeff Jarrett, Scott Steiner, and the Harris Brothers defeated Booker T, Goldberg, KroniK, and Sting to keep the world title in Nash’s possession.

When the stipulation made its return after a 17-year hiatus, NXT held their version of the match on Survivor Series weekend in 2017 at the aptly named NXT Takeover: WarGames. It was a fitting reintroduction for the former NWA/WCW staple as it went head-to-head with Survivor Series after years of comparisons.

What is even more poetic is that much like the Horsemen before them, the Undisputed Era became a regular feature of the WarGames matches. Not only did NXT revive the stipulation, but it had a marquee stable that made the match its own.

NXT proved that the modern audience would embrace classic match types with open arms. To this day, some of the most memorable moments in NXT’s history have come in WarGames matches. Who could forget Kevin Owens’ surprise return or Dakota Kai viciously betraying long-time friend Tegan Nox in 2019’s instalment? Not to mention all of the crazy, death-defying moves we witnessed.

As became the norm during NXT’s peak, they outperformed the main roster. NXT’s WarGames was getting fans buzzing and delivering memorable matches while the main roster counterpart, Survivor Series, was struggling to gain any steam.

Given all of the history between the two events, it’s fitting that the main roster welcomes WarGames at Survivor Series. Not only that, but the main roster has brought back the original purpose of the stipulation, as two warring factions will compete in both the men’s and women’s divisions.

It’s taken far longer than some may have expected, but finally, one of WCW’s most memorable matches finally makes its way to the WWE. And it’s coming in all of its original glory. First off, we have Damage CTRL, Rhea Ripley, and Nikki Cross taking on Bianca Belair, Asuka, Mia Yim, Alexa Bliss, and a partner yet to be revealed.

On the men’s side, The Bloodline take on the Brawling Brutes as well as their honorary members Drew McIntyre and Kevin Owens. Neither match is straying too far from the original vision with a heel faction taking on assorted good guys in an all-out war.

With Survivor Series having its status as a “big 4” event questioned in recent times, the reintroduction of one of American wrestling’s most iconic stipulations could be a turning point.

You only need to look at the completely forgettable Survivor Series events of 2021 and 2020 to see that some extra juice was needed. WWE themselves branded the 2020 event around an anniversary celebration for The Undertaker rather than focusing on their own annual stipulation. If that isn’t a sign of things needing to change then we’re not sure what is.

As Vince Mcmahon is no longer running the show, all eyes are on Triple H to see how he stamps his mark on the company. The reintroduction and success of WarGames could be the first defining “win” of his regime. What a win it would be too, outperforming McMahon by using his greatest rival’s trademark stipulation.