Subnautica: Below Zero: How To Defend Yourself 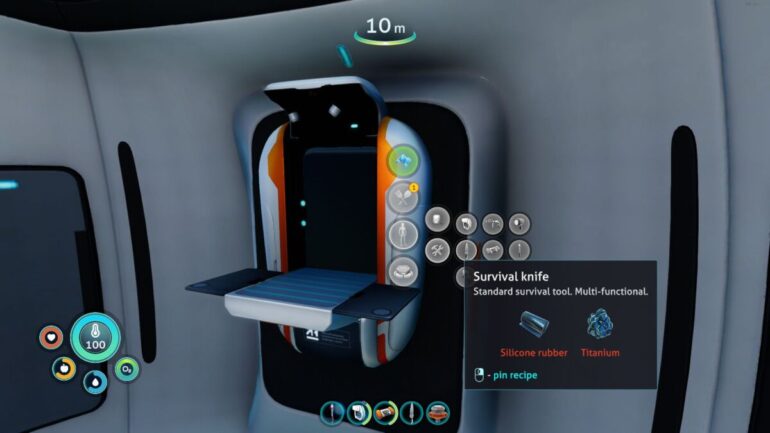 Subnautica: Below Zero is a game where everything either wants to eat you, or you’re going to eat it. In such a dog-eat-dog (or rather human-eat-fish, fish-eat-human) world, you’re going to want to defend yourself with weapons.

You don’t actually start off Below Zero with any weapons after you crash land on Planet 4546B, but luckily it’s not too hard to craft one and start defending yourself, even if it’s more of a deterrent than anything.

The Survival Knife is the weapon you need if you want to stave off attacks or thievery from Sea Monkeys in Below Zero, and it’s very easy to craft at your Fabricator.

To craft the Survival Knife in Below Zero, you just need 1x Silicone Rubber and 1x Titanium.

Silicone Rubber is crafted from the pretty common creepvine seed cluster, which looks like this.

Meanwhile. Titanium is also a fairly common resource in Below Zero and can be found in about half of the rocks you find that can be busted open, which include limestone outcrop. Search floors and walls for it and you will probably get back to your life pod with about five.

With those two resources, head on over to your Fabricator and then select Personal > Tools and start crafting your Survival Knife, which can be equipped in your quick slots.

Bear in mind that this is just your starting weapon in Below Zero and is only really good to deter some enemies and collect samples. It only does 20 damage, so don’t go charging at any Leviathans.

READ NEXT: 10 Games Like Subnautica You Should Check Out