Am I excited for the July movie slate? You bet your socks I am. 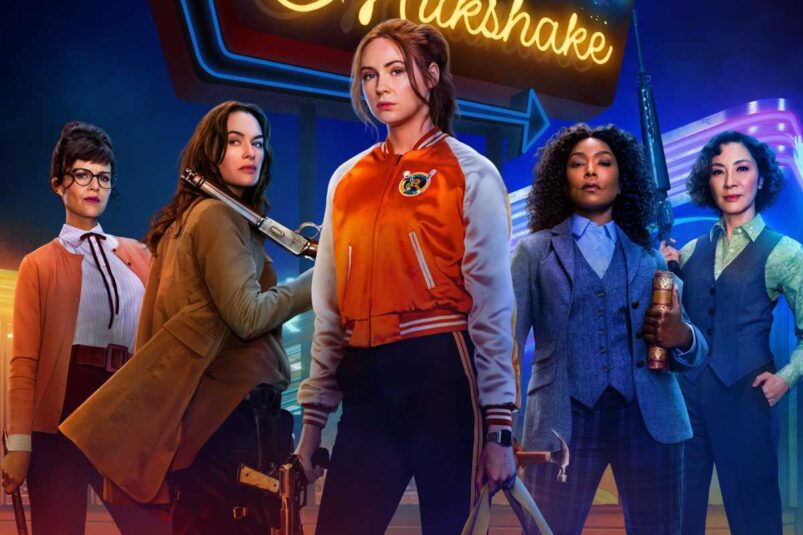 Can you believe we are more than halfway through the year? Things are starting to perk up a little on the movie scene, with the arrival of anticipated films we should have seen last year, and the summer movie slate giving us plenty of reasons to make a trip to the cinema. If you aren’t quite ready to make that leap just yet, there are some streaming options that also promise a good time.

Chris Pratt’s The Tomorrow War and Megan Fox’s Till Death aren’t quite big enough to make it onto this list, but these are solid B movies that make pretty entertaining watches. The Tomorrow War is available on Amazon, but you have to wait a while longer for Till Death, which only has a digital release on July 21, 2021.

Without further ado, here are the biggest new movies of July 2021.

At this point, it seems like we’ve waited for Black Widow for just about forever.

Slated to release last year, its release date kept getting pushed before Disney bit the bullet and moved it to the 2021 movie slate. It’s already certified fresh on Rotten Tomatoes at 82%, with 165 reviews, which are some pretty credible numbers. However, some feel that it isn’t the proper send-off that Natasha Romanoff deserved, and feels more like a set-up for Florence Pugh’s Yelena, who many have speculated will bear the Black Widow mantle moving forward.

Still, this is the first MCU offering since Spider-Man: Far From Home, so I am pretty excited to see where the storyline goes and if it ties up in any way with the new Marvel films coming out this year.

Sam (Karen Gillan) was only 12 years old when her mother Scarlet (Lena Headley), an elite assassin, was forced to abandon her. She was then raised by The Firm, the ruthless crime syndicate her mother worked for. Now, 15 years later, Sam is a hit woman cleaning up The Firm’s messes. But when a high-risk job goes wrong, Sam must choose between serving The Firm and protecting the life of an innocent 8-year-old girl.

An assassin gone rogue, now have I seen that before? Gunpowder Milkshake doesn’t have the most unique premise, definitely bearing similarities to films like John Wick, Shoot ‘Em Up, and even the most recent Birds of Prey. However, with a stacked cast like this, not just Headley and Gillian, but also Michelle Yeoh, Angela Bassett, Carla Gugino and Paul Giamatti, I am curious enough to check it out.

The film will also be available on Netflix for US audiences only.

I recently got the chance to speak to Malcolm D. Lee, the director of Space Jam: A New Legacy, mainly to talk about his previous film The Best Man. But the man did share a little bit of information regarding his upcoming film, calling it “the coolest film [he’s] ever done”.

The first Space Jam was a big part of my childhood. I have watched it many times over the years, and love it tremendously, even if the critics were less enthused. Michael Jordan, while a great basketball player, isn’t exactly the best comedic actor. LeBron James on the other hand, is pretty funny. I mean, I’ve only seen him in Judd Apatow’s Trainwreck, but he really killed it in his line delivery, so I do hope this film allows him to showcase that strength.

Because this is a Warner Bros. movie, it will also be released on HBO Max, so you can watch the movie there if the cinema isn’t an option just yet.

M. Night Shyamalan, whatever your opinion is of him, is bold and brave in his work. He has seen many flops in his lifetime, The Last Airbender being the biggest of them all, and the man still comes back swinging despite the negative criticism. He also made some fantastic movies, like The Sixth Sense, Signs (divisive but I enjoyed it) and Split, and I’m hoping that his latest film joins the ranks of the good ones rather than the flops.

A family on a holiday discover a secluded beach to enjoy themselves on. As they begin their day of fun and frolic, things take a turn when they and others on the beach find themselves ageing rapidly. How is this happening, and can they find a way to get off the beach before old age claims them?

The scariest part so far? The mention of wrinkles – that truly sent a spasm of fear into my heart.

For G.I. Joe fans, seeing a character like Snake Eyes show his face and speak must feel like the greatest blasphemy. After all, the whole point of the character is the mystery and a sense of the unknown. Since this movie is his origins, I guess it is trying to shed light of how Snake Eyes ended up as the way he is.

I can appreciate the trailer not giving anything away, and Henry Golding in the lead role makes me curious. The man has made quite a name for himself playing a romantic love interest, in films like Crazy Rich Asians, A Simple Favor and Last Christmas, so I am interested to see how he handles himself in an action role.