Conversation includes his belief system and the reunion special with The Best Man cast. 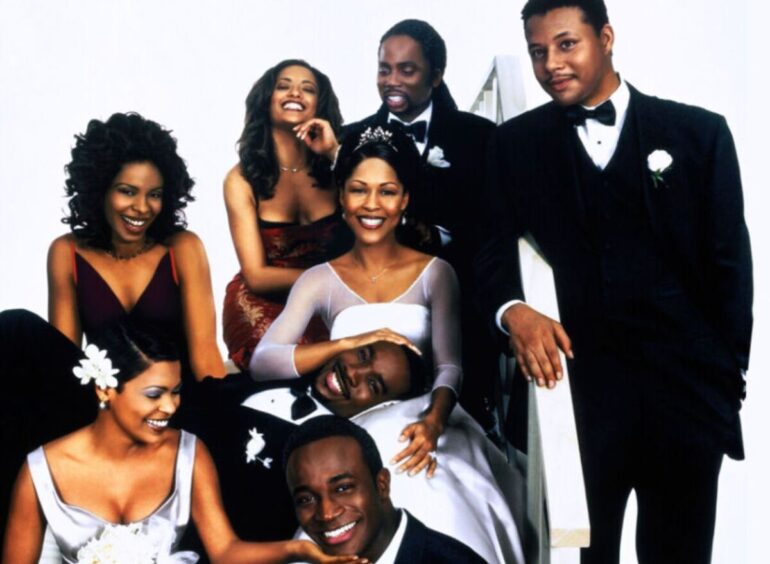 It’s been twenty-one years since The Best Man graced our screens – an iconic piece of Black cinema with all Black actors and actresses in the ensemble cast. Its commercial success proved that stories like this can be mainstream and universal, fleshing out a new side/perspective to the African-American experience.

In celebration of that, the American Black Film Festival wanted to honour The Best Man cast and director Malcolm D. Lee when the movie turned twenty, but the pandemic put a damper on said plans. A deal was struck with IMDb for a reunion special that would be televised, and when asked if they wanted to do it, the cast jumped at the chance. The movie is wildly respected and beloved by many people, so they were only happy to do this.

Director Malcolm D. Lee spoke about how they got together on a Saturday, and the fun times that ensued as they swapped stories about what it was like to film and be a part of The Best Man: “There’s a lot of great energy when we get together. We’ve been on a couple of zooms together as a group because we’ve figuring out our show for Peacock – The Best Man Final Chapters. It was all kind of happening at the same time. This was before the deal was closed. It could have been a reunion show and no continuing on, so I think it’s a testament to how the actors feel about the movie and about each other.”

When you started scripting The Best Man, did you already plan for a sequel? Did you know that this was going to be the trajectory of the story?
I would say that my inspiration and impetus for writing The Best Man was the fact that I wasn’t seeing myself represented on screen, the people that I knew – Black American, educated, middle-class, aspirational people. In movies and television at that point, the portrayals were unrecognisable to me: super stiff, clipped English and devoid of cultural specificity. And I love reunion shows, I love college movies…I remember seeing Waiting to Exhale, and there were this four really distinct Black women, and there were all these unremarkable, archetypal Black men portrayed, and I was like I want four Black men who are full and different and to all be college friends who had different philosophies and whatnot. So that was kind of the impetus behind it.

The fact that people really took to the movie is great, and there was talk of a sequel back then, but I didn’t want to be a one-trick pony, didn’t want to tell just one kind of story. And I said, if I am going to revisit these characters, which I was interested in doing but I wanted to do it like ten years later when the characters had a chance to live some life, I had a chance to live some life, so that we could tell a fuller story and not be like, what different story are we going to tell now that we just told a year ago? A lot of times when they make sequels, it’s a money-grab, and it’s like how do I capture that magic again?

Then when we tagged on that Quentin was getting married in The Best Man Holiday, we fully intended to make a sequel, but we couldn’t figure out schedules, budget, with the studio and actors, so I was like how can I make this potentially attractive for the talent and have some story to tell? Let’s do a limited series.

When asked what advice his current self would give his younger self, who was in the process of scripting and directing The Best Man, he responded: “The Best Man was my sixth full length screenplay that I had ever written, and I was pretty frustrated with the response I had been getting prior to that. I was in my parent’s basement, and I finished the script and I came upstairs and said, “If this isn’t the thing they want, I don’t know what they want.” And I was like, I’m gonna just leave, I’m going to go to law school, I’m going to be a teacher – I’m going to do something else. What would I tell myself? I mean, first of all, I’m glad I didn’t meet myself in the future, because I might have rested on my laurels. I would be like, “I’m directing Space Jam? A the age of 51? I must have done something right.”

The fact that you run into obstacles and hear rejections and hear no; you try your hardest to make a project and the plug gets pulled. These are all valuable lessons, and experiences that have to be gone through to get to where you want to get to – everything happens for a reason. I was supposed to direct Space Jam, but I wasn’t aiming for it, it really kind of fell in my lap. But every movie that I had done, every experience that I had prior to working on this movie that has a ton of visual effects to it, a ton of animation that I never had any experience with, prepared me to make that movie. Always be prepared is what I would say to my younger self, keep pushing – you just don’t know what’s going to happen, and what’s for you is for you. Probably not to stress as much or be as worried, because what’s for you is for you. You have to keep pushing and believe in what you’re doing, what you’re making, what you’re writing, what you’re creating, to stay on the path.”

In Best Man Holiday, Lance’s belief system revolves around three tenets: God, Family, Football. What are your three?
Oh my goodness! [We laugh.] Wow! Well, family is one of them for sure. [He pauses to think.] Probably say God’s one of them as well. The third…work ethic. You just got to keep pushing, that just builds character.

In that order? [We laugh.]
You sound like Harper, are you about to write my biography?

Well, if the offer’s on the table. [More laughter ensues.]
I don’t know if it’s in that order. Maybe, I guess.

As the interview drew to a close, Malcolm d. Lee spoke a little bit about Space Jam: “I think it’s the coolest movie I’ve ever done. Honestly. When I saw the editor’s cut, I just said: “Ooh it’s going to be fantastic.” And I never say that, that early on, because I’m always like cautiously optimistic, “We’ll get there, there’s a movie in there somewhere.” By the way, the movie in the editor’s cut, and even the director’s cut, was too long. We had built like a block of marble that had to be chiselled, but I just said, this is going to be fantastic. I really like the movie, I really like and care about the characters. I think it’s fun, I think it’s funny. There’s a lot to like about it.”

Hollywood Homecoming: The Best Man will air on IMDb and ABFF Play on April 13.