I see your True Colors shining through. 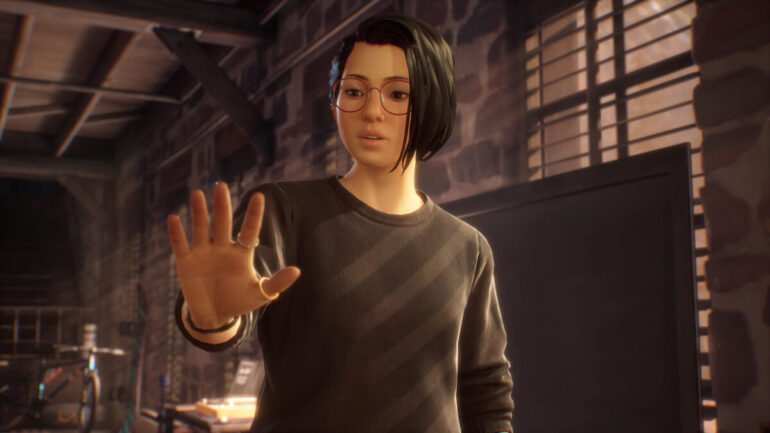 UPDATE: The Steam page for Life Is Strange: True Colors has now gone live, revealing more details about the upcoming game, and confirming that True Colors is launching on September 10th. Alex’s power is that of Empathy, where emotions are shown as vibrant colours. Alex has the ability to experience, absorb and even manipulate these emotions, which will be necessary to solve the mystery of her brother’s death.

The page also confirms some details about the gameplay, with two fully romancable characters in the form of Ryan and Steph. As Alex, you’ll be able to fully roam around the streets of New Haven and interact with a variety of characters. You’ll also be able to listen to a fully licensed soundtrack, and customise Alex in plenty of different outfits. True Colors will also drop the episodic format, meaning the full game will be available from September 10th.

The Deluxe Edition of the game comes with a bonus story, Wavelengths, where you play as another character, Steph, in the year before Alex arrives at the small town of Haven Springs. The Ultimate Edition will include all of that, plus Life Is Strange Remastered and Life Is Strange: Before The Storm Remastered. Oh yeah, those are things I guess.

Life Is Strange Remastered and Before The Storm Remastered are vastly overhauled versions of the first two games in the series, with redone characters and environments, improved animations and facial mocap, updated and refined puzzles and improved engine and lighting updates. It’s launching in Fall 2021.

ORIGINAL POST: The next Life Is Strange game is set to be unveiled at Square Enix Presents later today, but it would appear that Game Informer might have let the game slip ahead of time. Spoiler warning before you go any further. According to a listing on their website, which has since been deleted, the new game is called Life Is Strange: True Colors, and its launching on September 10th for PC, PlayStation 5, Xbox Series X/S, PlayStation 4, Xbox One and Stadia, if Stadia hasn’t been shot in the head by then I guess.

What Do We Know About True Colors?

Not much for certain as of yet, but the Game Informer listing does state that Deck Nine will be responsible for the development duties on this one, as DONTNOD have gone independent to publish their own games. Veteran players should be comforted by Deck Nine’s involvement though, as they’ve worked on Life Is Strange: Before The Storm, so they’re familiar with the franchise.

A ResetEra thread from late February seemingly confirmed these details ahead of time, with the user in question dropping a host of information about Life Is Strange 3. According to them, True Colors will focus on a new protagonist, an Asian-American woman by the name of Alex who has the ability to read minds. In game, this’ll be visualised by a colour wheel of auras, which explains the True Colors name.

The thread also goes into detail about the possibility of Life Is Strange 4, which would feature the first game’s Max and Chloe, though the leaker mentions they haven’t heard about it for a while, so it could have been cancelled. Given how accurate the True Colors leak appears to be though, perhaps there’s hope for more Max and Chloe adventures in the future.