We'll take any of these, thanks. 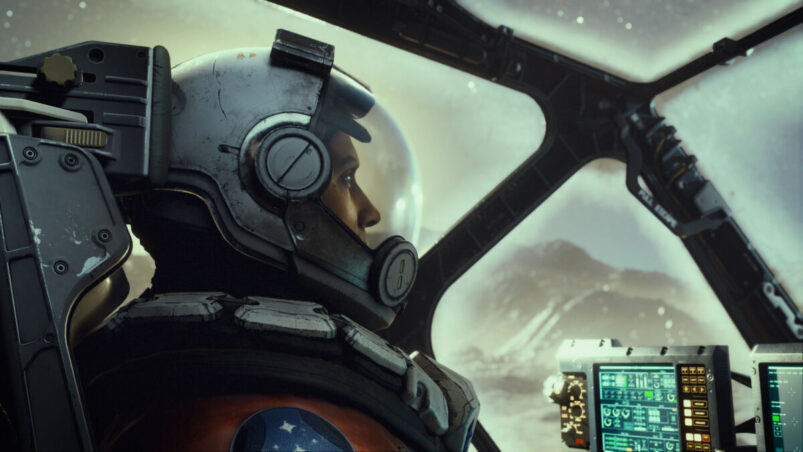 It’s never too early to get your wishes and predictions in when gaming showcases are concerned. The earlier you make your predictions, the more of a mystic you’ll look like when they finally come true, which is why we’re locking in our guesses for what will turn up at Xbox & Bethesda’s Gaming Showcase on June 12th, 2022. We’re also throwing in a couple of things we’d love to see, because hey, we have some wishes of our own.

Xbox & Bethesda’s 2022 Showcase looks to be one of the gaming highlights of the summer, promising a look into the two company’s schedules for the next 18 months and beyond. With a burgeoning catalogue of already confirmed games, it wouldn’t be surprising to see the two companies pulling out a few debuts during the event too. Here’s some predictions of what we will see for the upcoming Xbox showcase, along with some games that’d be nice to see on PC, Xbox One, and Xbox Series X & S.

It’s fair to say that Starfield is anticipated to be one of the biggest games of this holiday season, with Bethesda looking to bring their expertise in creating brilliant action RPGs and applying them to a grand, space-faring adventure. While there’s every chance that Starfield won’t live up to the incredible hype surrounding the game, it’s also possible that Starfield could be a GOTY contender. It’ll face strong competition from Elden Ring, Sifu and more, but still.

Despite a November release date pencilled in, gameplay and features regarding Starfield still feel somewhat thin on the ground, so an event like Xbox & Bethesda’s 2022 Games Showcase feels like the perfect time for a huge Starfield development update. It could take up a whole 20 minutes of the showcase, or it could feature as a teaser to announce a Starfield Direct or something.

You know, because this constant hype machine just never ends.

It’s been a few years since the Fable reboot was officially announced, and we’re still waiting to hear and see more regarding our return trip to Albion, if it even is Albion that’ll be the focus of this new adventure. With no new information for a long time and generations of Fable fans waiting for the next game in the series, the timing seems right for 2022 to be when we learn more about this Fable reboot.

To be fair to Playground Games, the current shepherds of the Fable franchise, they’ve had their hands full developing the Forza Horizon series, but with two teams developing both Horizon and Fable, it seems like now should be when we’ll hear more about what the Fable developers have up their sleeves. It doesn’t have to be much, I’ll take even just a crumb, or a chicken being kicked.

We’re sticking with Playground Games for a minute, as it feels like time that they’re going to reveal the first expansion for Forza Horizon 5.

Two expansions are planned for the open world racing game, but neither have been revealed yet, which is a dramatically slower release schedule than previous Horizon games. For reference, Forza Horizon 4’s first DLC, Storm Island, launched in December 2018 when the main game launched in October. FH5, meanwhile, has been out for six months and there’s still no updates regarding expansions.

The possible reasons as to why we haven’t heard anything to do with FH5’s DLC are pretty understandable. Again, Playground has been developing the new Fable game, so it wouldn’t be unreasonable to expect that production on Fable hasn’t quite hit the ground running yet. Also, complications due to COVID might have slowed down production on any FH5 DLC, but fingers crossed we’ll hear more about how the brilliant racing game will be evolving in the near future.

The Bethesda acquisition by Microsoft set people off on what new projects and games could be created between the two behemoths of the video game industry, and the first fruit of that labour appears to be Redfall, Arkane’s co-op vampire shooter that’ll be exclusive to the Xbox Series X | S and PC. After a stunning debut CG trailer during last year’s showcase, Redfall has gone dark for a while, but perhaps this year will see it emerge from the shadows once again.

A 4-player co-op shooter, players control one of several different superpowered individuals who are attempting to thwart a vampire uprising in a suburban US town. During the game’s initial reveal, Redfall was slated to launch during summer 2022, but considering there’s been no details since, that release date might slip somewhat.

Even if it’s just to confirm a delay while showing a new trailer, we expect Redfall to make an appearance at the showcase.

It feels like Scorn’s been on the precipice for so long now, yet the final release has remained as elusive as details on a new Portal game. Having been originally revealed in November 2014 by the Serbian studio Ebb Software, the game boasted an incredibly striking visual style inspired by the likes of H. R. Giger. As survival horror games go, the timed Xbox console exclusive Scorn could have the potential to be one of the more terrifying games ever made.

While it’s possible that Scorn might not make an appearance at Xbox & Bethesda’s showcase, the game’s official Twitter account has been tweeting out different screenshots and clips of the game in action. With a release date set for October 2022, now feels like the perfect time to kick off Scorn’s hype train as it approaches the final release.

I probably won’t end up playing it, scared little baby boy that I am, but I’m sure there’s plenty of others who are excited for Scorn.

We’re sticking with the horror theme for this entry, as The Callisto Protocol promises to be one of the most anticipated horror games ever made.

When Glen Schofield, the previous co-creator of Dead Space, steps up to help create a brand new sci-fi horror game, you better believe we’re going to be excited for it. We’re still a bit confused by the fact that The Callisto Protocol is set in the same universe as PUBG though, but we’ll get over it.

Set centuries after PUBG, The Callisto Protocol is set on Jupiter’s second largest moon, Callisto, which has been colonised and boasts a prison. Aliens have attacked, and as one of the prisoners, you’ll be struggling to survive. Glen Schofield himself has revealed that the game is getting closer to a full reveal, so if you don’t see The Callisto Protocol show up before the big Xbox & Bethesda event, it’ll likely be a featured player there.

Last year’s Xbox & Bethesda showcase was rammed with announcements, so naturally some got lost in the shuffle. One of the more understated announcements of the affair was Contraband, the new Xbox exclusive game from Just Cause developers Avalanche Studios. Like other games on this list, news dried up post-reveal, but it’d be nice to see some more information one year on from its first reveal.

From what details we do know, Contraband sounds promising, as it’s reportedly a vehicular combat game where you play as 1970s smugglers in the fictional world of Bayan. You’ll plan and execute smuggling runs, using a tactical combat system to disable your opponents ramming them off road and blowing their tires instead of outright killing them.

This could be a real winner, and I’m excited to see more. 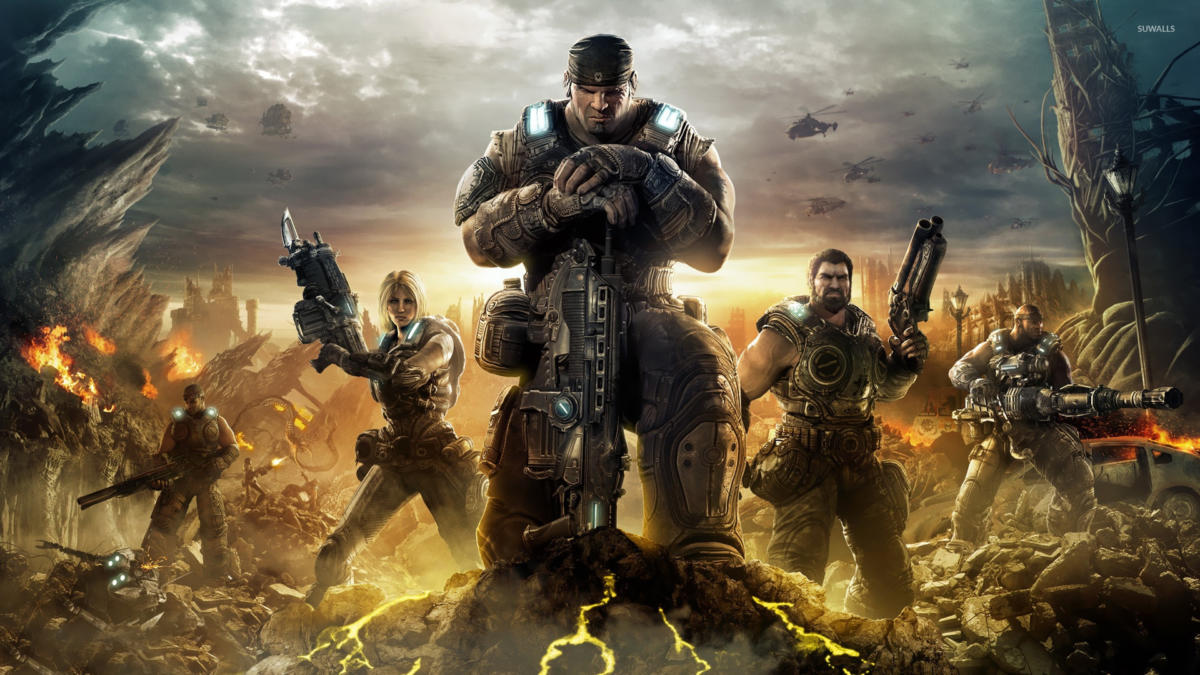 If rumour and innuendo is to be believed, we can expect Halo: The Master Chief Collection-esque remasters for both Fable and Gears of War, and if there ever was a good time to reveal them, it’d be at this year’s Xbox & Bethesda Showcase. Both of these franchises are integral to the identity and success of the big green console brand, so bringing them both back for two different bumper collections would be brilliant.

What form they will take is unclear, if they even are real to begin with. Will they just be upscaled ports of the older versions of these games, or will they be remade to make the most of modern technology? We might not even see both collections make an appearance this year, though considering we’ve already mentioned the new Fable game earlier in this list, we’ll take a Gears of War collection, if we had to pick one.

God, Gears of War 3 is going to break me all over again.

Alright, we’ve moved away from some semi-intelligent guesses and predictions and have leapt headfirst into pure wish-fulfilment: please can we make Killer Instinct 2 a reality? The iconic fighting game series saw a new lease on life when it was rebooted for the Xbox One, but after three seasons of content and the best netcode fighting game history, the KI well is a lot drier than it once was.

To Xbox’s credit, they’ve been wanting to make a new Killer Instinct game for a while, with Phil Spencer remarking that he’d want to hand the series to the right development team in order for it to continue. There’s even rumours that Microsoft have recruited Bandai Namco to help with a new Killer Instinct’s development in some way, though those are yet to be confirmed. Still, with just two letters on screen and an announcer screaming “ULTRA COMBO” at the top of their lungs, Microsoft will create so much hype.

Xbox showcases like this one tend to be the stage where some big Game Pass news is dropped, usually regarding some third party releases being added to the service. Last year saw the news that games like Yakuza: Like A Dragon, Hades and others would be added to Game Pass, so it would be reasonable to assume that Microsoft will come locked and loaded with announcements in this regard.

As for what those announcements would be, it’s hard to say for certain what could be added to Game Pass, but the potential there is huge. While there’s always the white whale possibility of Persona 5 Royal coming to Xbox and Game Pass, something that could potentially happen is the rest of the No More Heroes series coming to the Game Pass, considering NMH 3 is being ported to the console. This theory is based on nothing, I just want to play No More Heroes again, thanks.