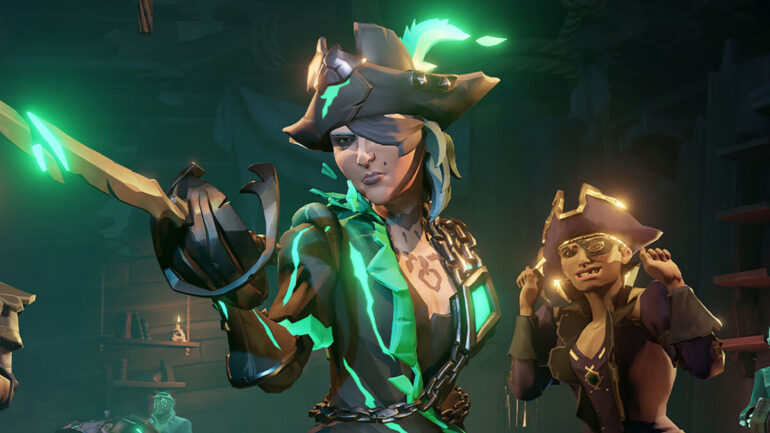 Not all problems can be solved by charging headlong into battle by yourself and trying to punch the problem into dust. Sometimes, you need to work together in order to succeed, as a problem shared is a problem halved. Thankfully, so long as you have a friend, you’ll be able to have some fun with the best Xbox Series X | S co-op games on the market.

Better still, the majority of the games mentioned on this list are optimised for the Xbox Series X | S, meaning friends with an Xbox One will still be able to join in on most of the fun. Sure, you might load into the game quicker, allowing you to laud your console purchase over your friends, but you can still play games with them. That’s the main thing, right? Here’s the best co-op games that are available right now for the Xbox Series X | S.

We mentioned Gears 5 in our list of the best single-player games on Series X, and while Gears still offers a lot of fun for those who are lacking online friends (or if they’ve all clocked off for the night), Gears 5 really comes into its own once you have more friends to share the joy of killing the Swarm with. Seriously, there’s more than enough Swarm for you and your friends to murder to keep you occupied forever.

Aside from the campaign that supports 3 players, with one of those players taking on the role of the robot Jack, offering a variety of utility options that the other players don’t have, there’s also the Horde and Escape modes. Horde sticks 5 players into one of the game’s multiplayer maps and asks you to survive 50 escalating waves of torture, while Escape sees 3 players working together to fight through a series of room filled with Swarm, trying to, well, escape.

Looter shooters often make good fodder for co-op games as you work together with friends to try and obtain better weapons and armour. There’s plenty of these games on offer on the Xbox Series X | S, but perhaps the most complete experience of its kind right now is Destiny 2, especially if you’re a Game Pass subscriber. While Destiny 2 is free to play, Game Pass includes the expansion content for additional reasons to play.

Like most co-op games, Destiny 2 does allow you to experience a decent amount of the game on your own, but if you want to get the most out of the core experience, you’ll need to recruit friends. The high level PvE missions, like Nightfalls and Raids, require 3 and 6 players respectively, so you’ll have to make some friends quickly if you want all the best loot.

The other premier looter shooter available on the Xbox Series X | S, Borderlands 3 forgoes the more “games-as-a-service”, all-in-one approach of Destiny 2 and shoots for a more straight-laced co-op RPG. Players pick from one of four characters, each with their own distinctive skill trees, and take on the hordes of bandits and rapscallions that plague not just the planet of Pandora, but other planets as well.

The great thing about Borderlands 3 as a co-op game on the Xbox Series X | S is that it supports four-player co-op in both local and online forms, with the optimisations of the Xbox Series X | S providing better resolution and performance. Whether you’re playing in the same room or across the world from each other, Borderlands 3 finds a way for you to come together. Just consider muting the dialogue at least, though.

Co-op survival games are often a great way for players to connect with each other via gaming, and one of the best offerings is Obsidian’s Grounded. The premise is small in scale, but large in ambition, as you control a kid who’s been shrunk down to the size of an ant, and must contend with everything that you’d find in an ordinary back garden.

If you’re looking for a 4-player co-op survival game (that regrettably also features spiders), then Grounded is the game for you. Better still, the game is still technically part of Xbox Game Preview, along with Xbox Game Pass, so it’ll be receiving plenty of updates over the coming months.

Becoming part of a pirate crew is a fantasy most people often dream about, especially as a kid, but few games have offered the ability to actually live out those flights of fancy. Thankfully, Rare have given us an outlet in the form of Sea of Thieves, which might have been a bit barebones at launch, but since 2018, Sea of Thieves has received a swathe of updates, transforming it into a true world beater.

Up to four players form a band of pirates and take to the high seas in search of danger, treasure and a reason to lock your annoying mate up in the brig. While largely a co-op game, Sea of Thieves does dabble with some PvP elements because being a pirate doesn’t mean being a mate.

There are ways you can try to mitigate your PvP fights, but just because you’re sailing on the H.M.S. Friendship doesn’t mean everyone else is.

The Halo series is often regarded as one of the best multiplayer games on the market, but for many, it’s the co-op parts of the game that many consider to be truly the highlight of the legendary franchise. The Master Chief Collection embodies that mantra beautifully as it’s one of the best co-op experiences of the entire series, largely because it features practically the entire series.

The Master Chief Collection includes the campaigns of Halo 1-4 as part of the base game, but if you’re a Game Pass subscriber (or own the relevant DLC), you’ll also be able to play Halo 3: ODST and Halo: Reach, which also include their own campaigns and Firefight mode, which is arguably Halo’s most underrated mode.

There’s even Halo 4’s co-op Spartan Ops mode, which added to the story of the game and, well, it existed at least.

Another series that seems to be famed more for its multiplayer component rather than anything else, Call of Duty: Black Ops Cold War does feature a decent sized campaign and fun multiplayer, if those things are your bag at least. However, for co-op fans, there’s one mode that they’ll keep coming back to again and again, and that’s the zombies mode.

Like most good co-op experiences, the zombies mode sees up to four players join together, this time to wipe hordes of the decaying undead with a variety of high powered weapons. It’s strange to see the zombies mode go from a silly throwaway mode at the end of Call of Duty: World At War and turned into a fully-fledged campaign of sorts, complete with a levelling system and intricate storyline, but here we are.

People seem to love zombies, and if you have space on your Xbox Series X | S’ SSD, you might too.

Another game about laying waste to hordes of zombies, State of Decay 2 is less “in-your-face” with its approach to revenant slaughtering. Instead of tasking you with standing knee-deep in the dead, guns in each hand to shoot anything that moves, State of Decay 2 is a more survival-based affair. Try and take on too many zombies and you’ll be joining their ranks very quickly.

State of Decay 2 builds on the foundation of the previous game as you build a colony of survivors in the countryside of America. With up to 3 friends, you’ll have to explore the map, find resources, improve your weapons and skills and ultimately try to establish some kind of sustainability in a world where the only constant is the rotting corpses. No pressure or anything.

It would appear that the co-op formula naturally lends itself to the idea of taking on massive hordes of enemies. Just you and your friends versus the entire world. It’s a concept arguably perfected by Left 4 Dead, and it would appear that Fatshark also knows the value of this formula, as they’ve proved with Warhammer: Vermintide 2.

Set during the sword, shields and fantasy version of Warhammer, not the space marine fascists 40K version of Warhammer, players control one of several characters, each with their own upgradeable loadouts and abilities, as they travel across the world trying to put a stop to the hordes of Skaven that are murdering everything in their sight.

10. Overcooked: All You Can Eat

It’s rare that a co-op game manages to make you hate the people you’re playing with more than a competitive game. Some of the co-op Mario games have managed to cultivate this reputation, and now the Overcooked series can also claim that mantle. If you’re not screaming bloody murder while trying to get certain recipes completed, you’re not playing Overcooked right.

Whether or not you’re a seasoned (pun intended) veteran of the culinary world of Overcooked or you’ve never played it before, the All You Can Eat edition is the definitive version of the series, combining together all the levels and features from both games, along with some exclusive content into one package. As long as you have the people to play with, Overcooked is immensely fun. Stressful, but fun.

READ NEXT: 25 Best PS4 Co-Op Games You Should Play