Redfall: 5 Things You Should Know 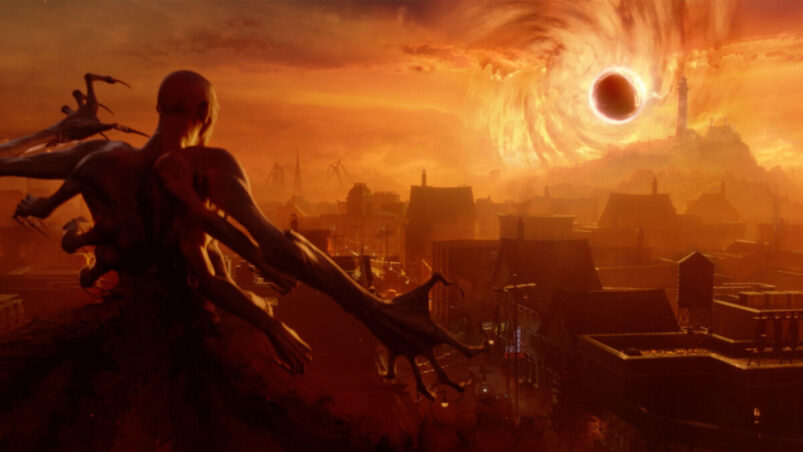 Xbox and Bethesda’s E3 2021 Showcase has been considered by many to be a barnburner of a presentation, offering glimpses and announcements into the next year and a half of Xbox content, and for the first time in a while, the future’s looking bright as far as Xbox games are concerned. Perhaps the brightest spot of the presentation was the closing announcement: Redfall.

Here’s everything you need to know about Redfall, Xbox’s newest exclusive.

Redfall is an open-world co-op FPS developed by Arkane Austin, the team behind Prey and Dishonored, in which you can team up with your friends to take on a small town overrun by vampires. Players can pick from one of four characters, each with their special loadouts, and can venture into the game either alone or as a team of up to four players.

What’s The Story In Redfall?

Redfall takes place in the fictional island town of Redfall, Massachusetts, a town that’s been overrun by vampires who have managed to block out the sun and isolate the town from the outside world. It’s 30 Days of Night, but in a small American town and not the middle of the Arctic Circle, and the vampires are a result of a scientific experiment gone wrong. So nothing like 30 Days then, I guess.

Who Are The Human Characters?

The official announcement trailer revealed four main characters you can play as in Redfall.

Devinder Crousley is a paranormal investigator and inventor that’s searching for the truth on the Redfall incident.

Layla Ellison is a biomedical engineer who received telekinetic powers after working at the Aevum Therapeutics research facility.

Remi De La Rosa is a Navy vet and combat engineer, escorted at all times by Bribón, her combat drone.

Are There Special Vampires?

As mentioned, the vampires in Redfall have arisen as the result of a scientific experiment gone wrong, so because of that, they’re still evolving. While there’s some regular vampires to kill, along with the hordes of human cultists who have begun to worship the vampiric overlords, other vampires will have special abilities which make them devastating to come up against.

The only special vampire revealed so far is the Angler, who uses a psychic harpoon to drag humans away from their team. Arkane have promised more special vampires will be in the final game, no doubt one of them being the weird, multi-armed King Vampire dude seen at the end of the trailer. I do not want to mess with that guy.

Where And When Can I Play Redfall?

Redfall will launch as an Xbox Series X | S console exclusive, alongside PC, during summer 2022, meaning it won’t be available on PS5, or previous generation consoles like the PS4 and Xbox One. Redfall will launch day one into Xbox Game Pass, meaning you can play the game with three of your friends from launch while only paying a small subscription fee. Not bad. However, there’s been no mention yet of cross-play across Xbox and PC. Hopefully, that’s being considered and we’ll hear more about it soon enough.