The Biggest Snubs of The Game Awards 2021 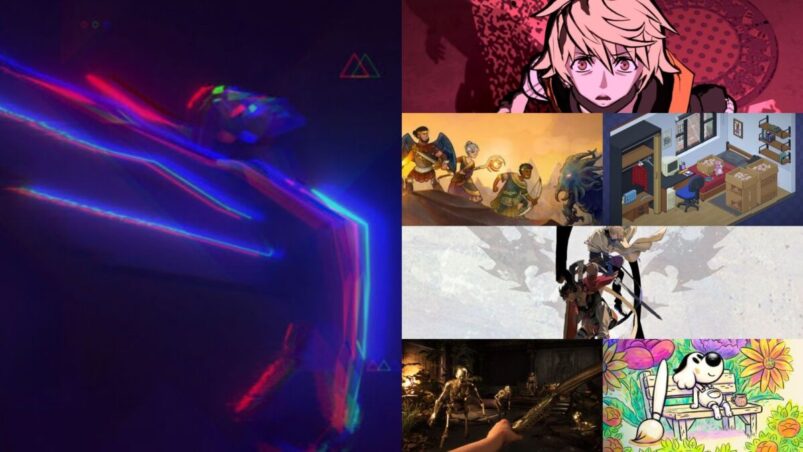 Geoff Keighley’s The Game Awards, the yearly award show wherein industry professionals nominate the top releases of the past year for various categories and fans vote to decide a winner, recently released its 2021 nominations, rendering the past twelve months of video game releases down to a handful of high profile titles. 2021 has been an odd year in games, with aftershocks of the pandemic disrupting releases perhaps more so than last year, and supply chain issues hampering many gamers’ abilities to get their hands on next-gen consoles.

While certain well-regarded high profile releases (Psychonauts 2, It Takes Two, Deathloop) have their fair share of nominations, as with any awards show, some real cream of the crop has been left by the wayside by whoever formulated these ballots. We’ll run down some of the most egregious snubs, but first, we’ve got a few axes to grind regarding games that did get nominated in certain categories.

What Are You Doing Here, Cyberpunk?

Cyberpunk 2077 might be technically a role playing game since you can customize your build and tinker with your character’s stats, but it doesn’t really reward tinkering or experimentation. Cyberpunk’s music is mostly wish.com Nine Inch Nails and Run The Jewels channeling some ‘get out of the studio by 5’ energy. It was famous, and that must be the main reason it was nominated. Why are we still talking about this game a year later?

What Are You Doing Here, Twelve Minutes?

Twelve Minutes has been nominated for Best Independent Game. For those not in the know, Twelve Minutes is a time loop mystery thriller, taking influences from Kubrick, Hitchcock, and other such psychological cinema fare. It’s developed by Luís António, a former developer at Rockstar and Ubisoft, who also worked on smash hit puzzle game The Witness.

Twelve Minutes is published by Annapurna Interactive, no stranger to high-profile releases. It also stars James McAvoy, Daisy Ridley, and Willem Defoe. Your mileage may vary on how its point-and-click gameplay and tight, repetitive loop works, but no matter what it’s hard to spin Twelve Minutes as any kind of independent underdog when it has three Hollywood megastars in it. Indie gaming is a thriving, booming culture, full of titles that are making a lot more with a lot less. It’s a shame that one of them is missing out on this nomination thanks to Twelve Minutes.

While we’re on the topic of what is or isn’t indie, there’s also Devolver Digital, the publisher behind nominated indie titles Death’s Door, Inscryption, and Loop Hero. Devolver Digital is a publicly traded company that was valued at $1 billion earlier this year. The developers behind these titles may well be small, independent teams, but they’re hitched to a massive piggy bank of a publisher. Is that independent? Are the truly independent games getting anywhere near this kind of press?

And now, with that bellyaching out of the way, we can move to the games that should have made the list:

Unpacking is a relaxing puzzle game that somehow turns the real-life stress of unpacking after moving into a new place into a soothing, relaxing puzzle game. With a charming lo-fi soundtrack soothing every new box, players sort their belongings into different houses as an unseen character grows up and grows into adulthood. The gameplay is elegant and the dopamine hit of emptying out each box never disappoints. It’s a very focused game, but Unpacking mines incredible emotional gratification and keen gameplay nuance out of its premise. Of all the indie games released this year, Unpacking deserved a shout out.

They made a Musou game out of Persona. That’s pretty cool. Beyond the simple premise, Persona 5 Strikers deserves points for how it merges its JRPG source material with its new Dynasty Warriors style of mowing down hordes of enemies. Classic RPG elements like type advantages and managing your magic are still here, making Persona 5 Strikers a lot more complex than the premise of ‘Persona Dynasty Warriors’ might lead you to believe.

There were a fair number of strong action games released this year, so Persona 5 Strikers isn’t alone, but its absence from the list does feel like a shame. It did come out early in 2021, so hopefully this is just a case of games amnesia and recency bias, not an actual act of neglect.

NEO: The World Ends With You – Best Score & Music

NEO: The World Ends With You was also snubbed for Best Role Playing Game, but even more egregious than that is its absence from Best Score & Music. TWEWY (which should also win the award for Best Acronym), is also full of slick pop-punk, metal, and hip-hop tracks that make its half-haunted version of Shinjuku feel vibrant and alive. Like its predecessor, NEO: TWEWY has its finger firmly on the pulse of counter-culture youth music, and it’s a shame that such stellar compositions won’t get proper recognition.

And, speaking of great tunes:

While Guilty Gear -Strive- is nominated for Best Fighting Game, it is sadly absent from the Best Score & Music. Its main theme, Smell of the Game, soars from crunchy, sludgy guitars to operatic fist-pumping high notes, and every other character’s theme is equally bombastic, over the top, and full of kinetic joy.

I’ve already gushed at length about Eastward, and while I think it’s GOTY material, I’ll contain my ravings here to one thing that’s unimpeachable: Eastward’s pixel art is masterful. Its character designs are dripping in personality and charm, and every new setting feels fully realized and beautifully alive. Pixel art sometimes feels like it’s overdone in so many indie games’ attempts to be cute or nostalgic, but Eastward genuinely elevates the standard of what pixel art can be.

While it was available in Early Access since 2019, tactical RPG Wildermyth was properly released in June of this year, and its procedurally-generated storytelling is an apex of narratives interacting with game mechanics.

As your characters trek through their journey, a vast, enormous number of narrative variables can happen: they could get their head turned into a bird head, get cursed, lose limbs, and even more. What’s better is how rare it is for an event to repeat in Wildermyth. A truly staggering amount of material exists within the game, and that coupled with its rock-solid tactics gameplay and nigh-infinite replayability make Wildermyth a remarkable artifact of game direction. So many different variables are constantly colliding in Wildermyth, but they never miss a beat.

There were an awful lot of time loop games in 2021 (Twelve Minutes and Deathloop instantly jump to mind) but The Forgotten City, in which a Roman city lives in fear of being turned to gold if even a single citizen sins, stands out for its fascinating narrative.

The Forgotten City is nominated for Best Debut Indie Game, and while that’s a well-earned accolade, it does deserve more of a shout out for its impressive story that blends philosophy, history, and pot-boiler thriller intrigue into a 3-to-4 hour sprint through a fascinating puzzle box of a game.

Inscryption – Game of the Year

Inscryption, the roguelite deckbuilder/strategy game/escape room/playable creepypasta is thankfully nominated for two awards: Best Independent Game and Best Sim/Strategy Game. These nominations are well-earned, but they feel like insufficient recognition for a game as inventive and hard to pin down as Inscryption. The title’s sheer complexity might be to blame for this.

It’s possible that Inscryption is just too clever to be appreciated quite yet, but in a year full of AAA games that felt like they were consciously or unconsciously sticking to what worked in the past, Inscryption took several massive swings and mostly hit them all out of the park.

Chicory: A Colourful Tale – Game of the Year

This one just feels like a shame. Chicory, the uplifting game about a little dog with a magic brush that paints the world, has a single nomination: Games For Impact, a sort of catch-all category for any game that touches on a social issue. Chicory definitely deserves this spot, given how it deftly depicts mental health and impostor syndrome, but it also deserved more.

Even with all of these words spent on frustration at what games were and weren’t nominated, it’s worth remembering that The Game Awards are entirely subjective. As an awards show they’ve only existed since 2014, and they mainly exist because before them video games didn’t really have an Oscars or Grammys. There was an opening for a glitzy, slick awards show, and Geoff Keighley swooped down to fill that need.

Whichever games win or lose next month, they won’t really take down the experiences we’ve had with our favorite games of this year. As much fun as it is to see our favorites get the recognition we feel they deserve, what amounts to a popularity contest shouldn’t dim our shine on what we loved. Your favorite game of this year is your favorite, even if it’s Cyberpunk 2077, and that’s okay. Don’t let anyone change that.

Anyway, be sure to check out Cultured Vultures’ Games of the Year coverage, coming soon.

READ NEXT: The Most Disappointing Games of 2021