A masterful journey that elevates all of its familiar pieces. 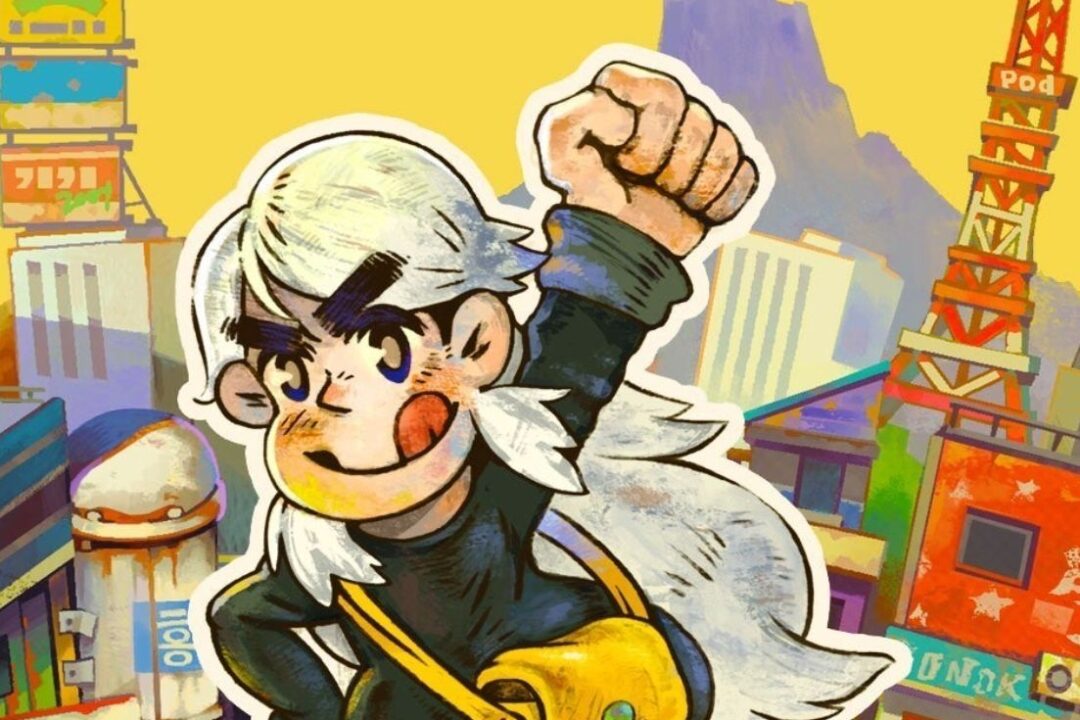 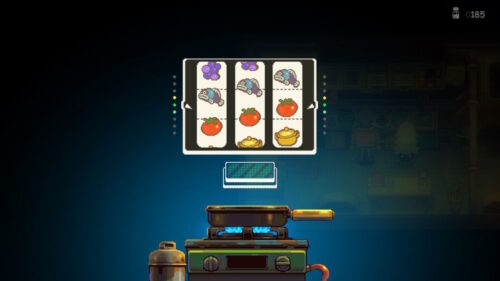 Eastward is, on the surface, the sum of a lot of parts popularized by other classic games. Its gameplay, combat, and exploration are akin to 2D Zelda. It takes its quirky world, character design, and mix of giddy childishness and heavy drama from Earthbound, and the similar recent phenomenon of Undertale. Finally, its central character types are a gruff older man and his precocious child ward, an arrangement that echoes many games, not least of which The Last of Us. However, despite all of these similarities with other games, Eastward manages a fantastic trick and emerges as its own distinct, unique experience.

You play as John, a silent miner who stumbles upon Sam, an excitable young girl with magical powers who is the second playable character. They live together in a run-down trailer in a derelict mining community, spending each day in fear of the surface world that legends say has been scoured by life-choking miasma. When Sam’s ardent belief in life on the surface gets her and John in trouble, they end up on an adventure beyond their confined world, meeting kooky characters and fighting all manner of monsters to stop another end of the world.

Eastward’s gameplay is a fairly straightforward loop of arriving at a new place, getting invested in its locals, seeing how John and Sam fit into their new world, and embarking in and out of these hubs of human activity to explore the parts of the land that haven’t been reclaimed by humanity yet. Combat with enemies is simple on the surface, but as they get quicker, more numerous, and more resilient, the difficulty curve escalates in surprising, but never unfair, ways.

John is your main damage machine, as he gets the weapons that can actually damage most enemies. Sam, on the other hand, can use her special powers to shoot energy and freeze enemies in place for a moment, but is largely the less combat-ready of the two. Environmental puzzles will also have you splitting the pair up to solve problems in tandem, though you’re always meant to keep them both on the same screen. These puzzles are most reminiscent of similar tandem character puzzles in the Mario & Luigi RPG series on the GBA and DS.

The post-post-apocalyptic world of Eastward is absolutely gorgeous. While the term “pixel art” comes to mind in describing the GBA-era 2D art style, Eastward’s visual style doesn’t feel like it’s meant to evoke the general vague identity of pixel art, which comes across like a term generally used just to refer to minimalist visual representation in games.

Every setting in Eastward is eye-popping in its use of color and levels of detail. Each area clearly depicts a world once destroyed and now only partially-reclaimed. Ramshackle buildings, whole settlements built around craters in the ground, and a massive city basically held together with staples and prayer, all fill the world and make Eastward feel completely well-realized and lived-in.

Eastward’s use of light in particular really pops, with settings lit with such intention that it clearly shows the difference between the environment design and the light design. Harsh tunnels are warmed by shafts of light breaking through, and a house is illuminated by cool blue work-lights in the middle of the night.

Eastward’s soundtrack is likewise a stunning take on ‘retro’ style game soundtracks, full of cathartic and exciting chiptune-adjacent arrangements. Climactic battles are all scored excellently with pulse-pounding arrangements, while some of my favorite tracks are actually in the game’s quieter, more peaceful and melancholy moments.

While we’re on the topic of mechanical polish, Eastward also deserves praise for its use of the Switch’s HD rumble — a buzzword of a feature that few games outside of launch title/tech demo 1-2-Switch have really utilized at all. Eastward uses rumble to simulate the jostling of train cars, rumbles of earthquakes, and the simmer of a stove among other sensory moments, and it always feels fascinating and distinct.

While you’re out exploring and fighting through enemies, the only way to craft healing items is to cook with various ingredients you can find and purchase throughout the world. Whenever you find a stove, you can throw three ingredients and some optional spices into a pan and play a brief slot machine mini-game for additional stat boosts. It’s a charming and simple way to make prepping for dungeon crawling feel more relatable.

Cooking and domesticity are actually a central theme in Eastward. John’s first weapon is a frying pan, and frequently John and Sam make new friends in new places by bonding over a hot meal. Everywhere John and Sam go, they’re looking for a place to call home, and this yearning for domestic stability is reflected in just how centrally food and cooking feature in the plot. Not by accident, you also use old refrigerators to save your game too. What could be more comforting to people so used to living hungry?

During your travels, you’ll also run across arcade machines for a game called Earth Born (as if Eastward needed to signal even more how much it owes to Earthbound), which is a more traditional turn-based JRPG taking significant notes from early Final Fantasy and Dragon Quest. Earth Born is largely optional, but its story about a wandering knight traveling to rescue a princess serves as an intriguing parallel and counterpoint to John and Sam’s heroic journey.

Earth Born represents another key piece of Eastward’s success: its heart. No matter where you go, and no matter what horrible monster you stare down, Eastward is filled with people doing their best to live in the moment and scrape together any semblance of a happy life. Children line up to take their turn playing the Earth Born machine. A small farming community rallies around their yearly harvest celebration. A mob boss has his heart melted by a great plate of food. Without ever feeling preachy or cheating its own stakes, Eastward never loses sight of the quintessential humanity of its characters and communities. Sam is one of my new all-time favorite video game characters, as her youthful enthusiasm and childlike wonder never curdles into being saccharine. Even the plot’s deeper, sci-fi tinged lore is peppered with personality and flair.

Despite looking like an artfully-made GBA game (and I mean that as a huge compliment), Eastward is definitely a full-length game. The central campaign is nearly 40 hours long, with Earth Born offering even more content for those who can’t pass up turn-based battles. However, despite this surprisingly stuffed run time, Eastward uses its time extremely well. There’s never any sense that the story is padding for time or pushing players through repetitive or overstretched dungeons just for the sake of elevating the length. Eastward asks for a lot of your time, but it always uses that time well.

Eastward is a fantastic story and game that takes familiar ingredients and whips up an incredibly original game. What is, on the surface, yet another story about a gruff old man and his would-be daughter, ends up hitting deeper than other grizzled dad games, with a fascinating world, tons of endearing and charming characters, and a new, unexpected contender for game of the year. 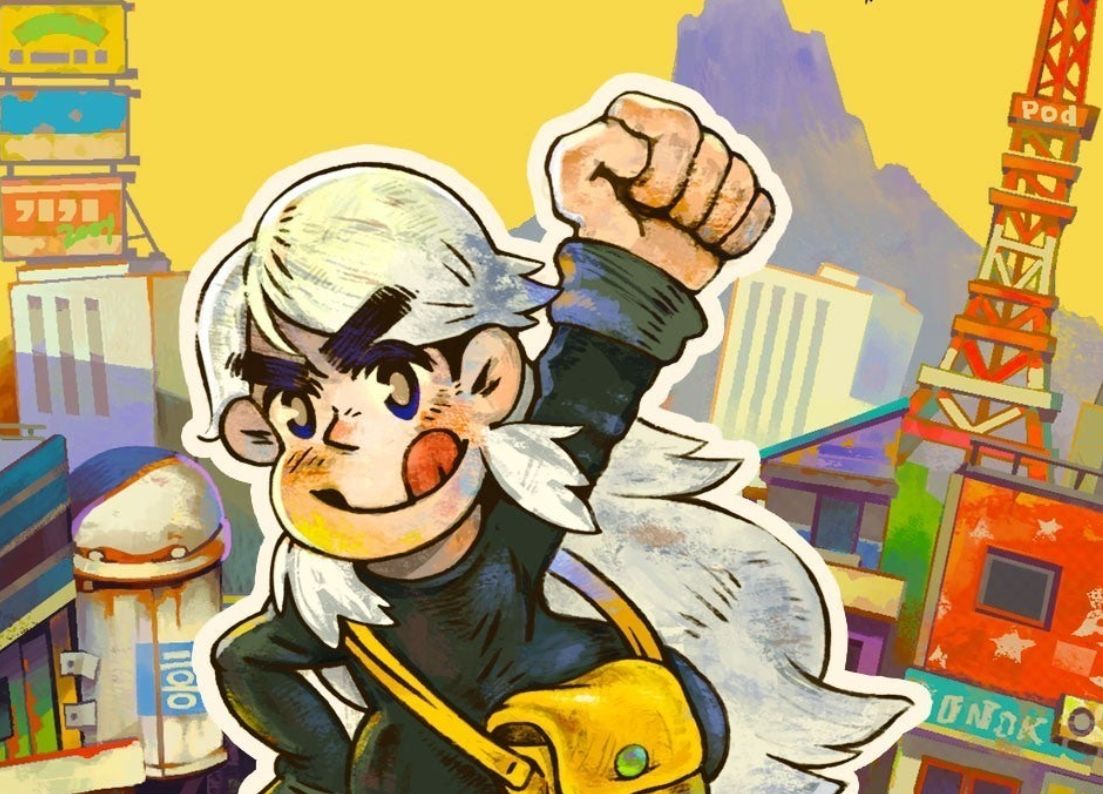 Verdict
Simultaneously a throwback and a breath of something new, Eastward is a magic trick of blending familiarity with novelty and grim apocalyptic sci-fi with wide-eyed fantasy. In the future, if there’s any justice, we’ll be referring to similarly spirited and stylish games as “Eastward-like.”
9
Cultured Vultures is a pop culture website established in 2013 covering all things gaming, movies, and more. We eat your words.
All The News On The Biggest Games