Bit of a disservice to call this wonderful game "just" a spin-off.

I think it was Liu Bei who once told Cao Cao he didn’t like his jokes because “they don’t stay jokes for long.” Considering Koei Tecmo’s long history with Dynasty Warriors and Romance of the Three Kingdoms, I thought this appropriate because when it was announced that Persona 5 was getting the Warriors spin-off treatment, I jokingly said “10/10” on concept alone. But after getting my hands on Persona 5 Strikers and spending another 40+ hours with my best friends The Phantom Thieves, I find myself struggling to call it a joke anymore.

Released in Japan almost exactly one year ago as Persona 5 Scramble: The Phantom Strikers, the game is the Persona x Dynasty Warriors style game that has finally made its way to the west with a slightly abbreviated name. No, the game has nothing to do with FIFA, but rather is basically a sequel to the JRPG phenomenon Persona 5. Actually, there are hints all over the game that let players know that it is more a sequel to Persona 5 Royal, the updated version of the game released last year. Whichever version you’ve played before, the game picks up a few months afterwards, taking place over the summer months.

With the collapse of the Metaverse at the conclusion of Persona 5, Joker and the rest of the Phantom Thieves are teenage vigilantes in a state of retirement. But trouble starts brewing once again, as a door to a new Metaverse is opened via the Siri-esque AI app, EMMA. This endangers not just the Thieves’ home of Shibuya, but all of Japan. This time, however, the problem doesn’t seem to be restricted to Palaces that are warped versions of one real world building or area, but rather, a new breed of distortion – Jails. Somehow, the scope of Jails are not limited to one small area; they warp entire cities. This is where the hack and slash, 1-vs-100 style of play comes in and breathes life into an already incredible series.

One of the things you’ll immediately realize upon starting the game is that yes, traversing the Jails and fighting the Shadows within is where it feels the most Dynasty Warriors, but as for everything else, it feels just like you’re truly playing another version of Persona 5. The layout, interface, icons, colors – everything is clearly from the same school or design if not lifted directly from the original game. Every Phantom Thief fights with their own distinct weapon and style, with each movement flowing with the same stylistic pop the franchise is known for.

A word of warning, however. While fighting hordes of Shadows is where the gameplay makes a bit of a turn, you probably won’t be prepared for just how much information is on your screen at any given point in time, with not only enemies, but also allies. The game keeps the party of four system and allows you to switch between controlling any member, with the other three being controlled by the CPU. While that’s going on, there’s a lot of talking, keeping an eye on HP and SP, chaotic enemy spawning and, oh yeah, Personas.

Thankfully, when you summon your Persona in battle, time freezes to allow you to swap between Personas or decide between moves. Like its home series, every enemy or wave of enemies you face will have an elemental weakness you can exploit, which is another piece of info to throw at you. This all isn’t really a huge issue, it just happens fairly quickly with no warning. At first, I was overloaded with everything happening on a stylish but messy screen, but the more I played, the more I got the hang of it. In short, the combat does try to implement everything that both Persona 5 and Dynasty Warriors does, but what that means is lots of things happening all the time. The Dynasty Warriors staple screen clearing super move, the Musou attack, makes way for the return of P5R’s Showtime finishers, albeit simplified.

In general, the dungeons of this game, Jails, kind of have a give-and-take in comparison to their predecessors, Palaces. On one hand, it is so fun to have an entire cityscape as your battleground. It gives you access to things like ambushes via streetlights, exploding cars for massive fire damage, and even riding shopping carts and skateboards to mow down scores of enemies.

On the other, going around a city can get a tad annoying at times considering how much backtracking every level entails. While Palaces were usually one place that you either went up or down stairs for, a city obviously sprawls. At times, there is a measure of memorizing to recall what street goes where. I left that kind of effort back in GTA III.

Despite how often I found myself looking at my maps, I’d say I enjoyed the Jails more than I did most Palaces. Another thing in their favor is despite the game being so close to the base Persona style, there are no deadlines and time only passes when you perform story objectives, meaning there’s no more rushing or trying to fit in time for fulfilling Requests or other side content.

Carrying over from the Phan-Site from the original games, you have a Request system that revolves around hanging out with certain friends, purchasing certain foods, or finding certain objects in Jails. Sure, they’re not as involved as the Mementos stuff, and the Requests can get a bit repetitive, but considering the lessened scope of this game, those don’t feel like big deals.

On the note of Strikers’ smaller scale, instead of the detailed Confidant system, the game has a simplified Bonds system that sort of works like an RPG skill chart where you get to allocate your Bond points to whatever perks you deem best for your playstyle. In addition to these simplifications, the number of Personas in the registry available for Joker to use is cut down to around 67 or so as opposed to the usual 100+ options.

As you can see, there isn’t nearly as much to do as in the base games, but that isn’t to Strikers’ detriment. Despite Jails taking place in whole cities and the game transporting you all over Japan and not just restricted to mostly Tokyo, the game overall still feels smaller and has a lighter feel than the originals. There is considerably less death, the bosses you face aren’t nearly as evil as the complete monsters that were Palace Rulers, and The Phantom Thieves actually get to kick back and have a much earned vacation.

Gameplay is probably the biggest thing people were concerned about with the crossover, but Strikers’ true value lies in the story and the characters. All of the Thieves return (with the exception of Kasumi and Akechi, who weren’t technically Phantom Thieves anyway), which gives you more time to hang out with the loveable core lot. There also isn’t some kind of “thrown-to-the-winds” plot where you have to hunt down and re-recruit the squad. Everyone is available from the jump.

Thanks to this, characters like Haru and Futaba get the chance to really shine, as one was recruited so late in the base game she got little to no screen time, and the other was trying to get over being a recluse. Accompanying them are two newcomers – Zenkichi Hasagawa, a public security officer who is tasked with arresting the Phantom Thieves, and Sophia, an adorable AI who wishes to learn more about the human heart and whom I would protect with my very life. All the English voice actors reprise their roles to familiar aplomb, with the new characters – and villains – being performed superbly and also exceptionally well-written.

The story and mood is lighter and softer than every other SMT or Persona game, but it doesn’t have any less of an impact. Considering that Strikers gets plenty of its themes from Persona 5 Royal, a game that destroyed and rebuilt me on a spiritual level, it stays enthralling, riveting, and thought-provoking until the bitter end, which I honestly never thought I’d say about any game in the Warriors-style Koei Tecmo line-up. And this is coming from someone who loves that kind of stuff. It’s kind of difficult to talk about the story without spoiling things or writing an entire other article, but just know it’s still cool anime shit with a lot of fluff cut out.

My least favorite part of every Dynasty Warriors iteration is definitely the soundtrack. I have no problem with electronic rock, but it doesn’t vibe with me when trying to get invested in a video game. That said, I was pleasantly surprised by Strikers’ soundtrack. It remixes several songs from the already phenomenal Persona 5 soundtrack and turns them into awesome rock arrangements. The original, non-remixed tunes of the game are also good enough to more than hang with the Persona series musical standard.

Other criticisms I have for the game to this point are on the audio front. There are times when characters speak low and their words fall off a cliff — they are completely unhearable. I figured it would only happen a time or two, but no, it occurs all through this dialogue heavy game.

Also, during boss battles, the chaos on screen is intensified by the bosses and your characters having verbal jousts, many of which are relevant to the story and can even reveal enemy weaknesses. These dialogues get lost in the sounds of you slashing, hype music blaring, and everyone making erroneous pain/effort sounds; none of them get out of the others’ way volume wise.

One thing a tad more grating, however, is how often the characters repeat things that have already been confirmed. This may be a difference in Eastern vs. Western storytelling, but it can be aggravating at times, though not to a truly horrible degree.

Another slight criticism of the game isn’t really a criticism, but rather an unfortunate observation. Because the game assumes you’ve played some version of the original Persona 5 and leans heavily on that fact, I personally cannot recommend Strikers to anyone who hasn’t played a version of the original. This sucks because between fans begging for any kind of Persona game on the Switch and Persona 5’s explosion of popularity, this game certainly scratches a lot of itches, but it is not newcomer friendly.

Watching a game whose announcement was met with crickets go on to become a hyped hybrid that gives fans more of what they love is always fun. For me, it is even moreso. Persona 5 is quite possibly my favorite game I’ve ever played and for it to have a child with the Koei Tecmo/Omega Force Warriors-style games I never shut up about is truly a desire fulfilled. To anyone wishing to spread more love with the Phantom Thieves, this game is an utter delight that I cannot recommend enough. Get ready to steal some hearts all over again – because it certainly captured mine. 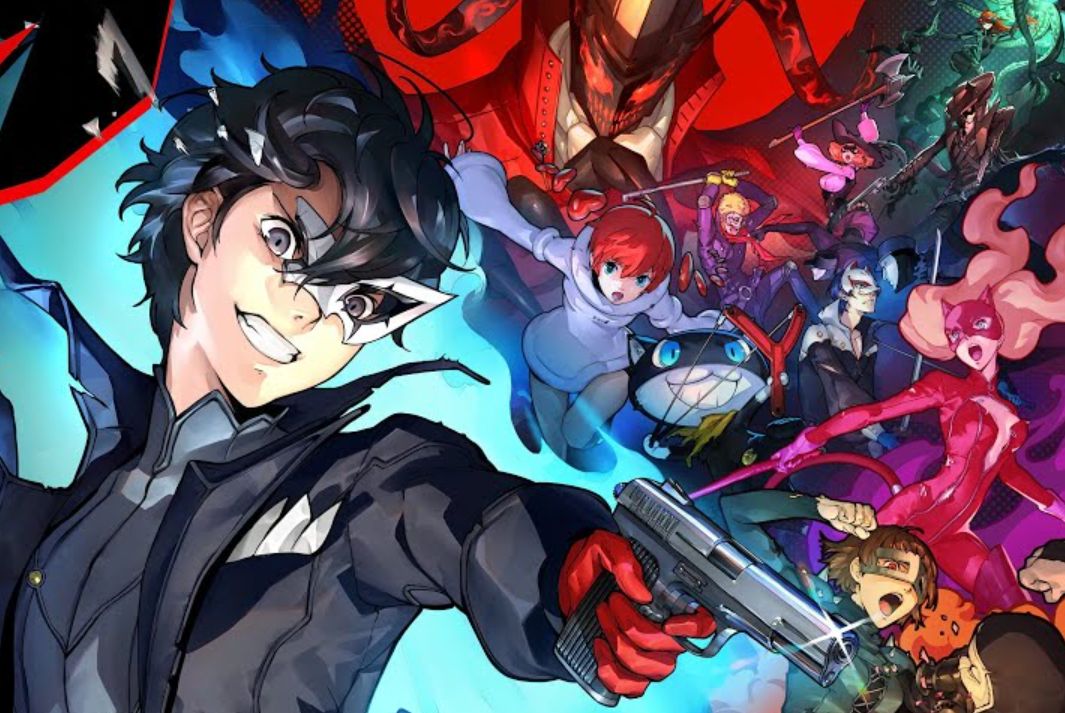 Verdict
To label Strikers as merely a side game is a great disservice — it is by all means a sequel to one of the most successful games in the genre. If you’re like me, Persona 5 Strikers will catch you off guard in the best way. You’ll never see it coming.
9.5
Cultured Vultures is a pop culture website established in 2013 covering all things gaming, movies, and more. We eat your words.
All The News On The Biggest Games