Persona 5 Royal Shook Me To My Creative Core

And how a pandemic makes you question some things. 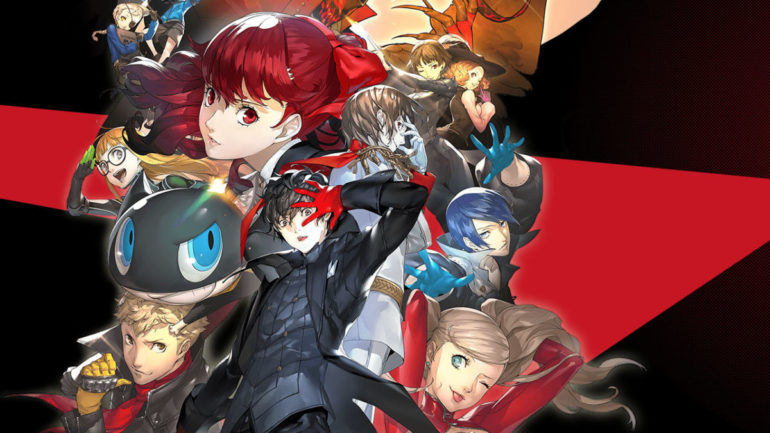 Video games are, in many ways, supposed to take us to vastly different places and away from our harsh realities. There have been a number of games that have challenged that notion – most recently things like The Last of Us Part II. But, for the most part, absorbing us in different worlds is a core part of the medium.

So it usually shocks us when games force us to investigate something about ourselves, in our real lives. It shocks us even more when it’s a genre or game that we thought we knew before. Persona 5 Royal was that game for me and dramatic as it may sound, it isn’t an understatement to say that this game, or at least a chunk of it, shook me to the core of my very soul.

As an urban fantasy JRPG that revolved around the idea of “Taking the Hearts” of corrupt adults, assembling your own band of “Phantom Thieves,” and rebelling against unfair social hierarchies and atrocities with concepts heavily rooted in psychology, it’s kinda easy to see how the game could have a more widespread appeal than others in the genre. Persona 5 Royal is an updated version of the game that released this past March, complete with a new recruitable character, tweaks, features, and an entire new dungeon and ending.

Everything about Royal oozes style and charisma, which is why the base game was such an inspiration to me about a year or so ago when I first played it. At the time, I had actually received word from a small company that they wanted to publish one of my short comics in an anthology. I’ve never really mentioned it in my ramblings on this site, but I’ve been trying my hand at comics and graphic novels for a large portion of my life.

After almost twenty years, I was actually going to get somewhere, no matter how small. In the midst of a wave of artistic anxiety, Persona 5 really helped me center myself and give me inspiration to stop doubting, just do, and remember that creating is one of the greatest things we as humans can do for each other. It gave me the confidence to know that maybe I was in the right place.

Which is why it is fitting (ironic?) that Persona 5 Royal stripped me of all that confidence and forced me to stare headlong into the abyss at the question of ‘what the hell have I been doing with my whole life?’

I don’t mean that in the hyperbolic sense those of us who play too many video games usually fall in. That sentiment of seeing you’ve spent 200+ hours in a game and wondering the exact thought “what could I have done with that time?” This isn’t that. This felt like a crushing call to my spirit on just how working towards one thing my entire life might not have been worth it.

Warning that from this point forward, I will go into enormous spoilers for Persona 5 Royal.

The newest dungeon, or Palace, is centered around the desires of the latest Confidant, Dr. Takuto Maruki, as he strives to create a perfect, just reality to combat the “unfair” one that your characters (and by extension, we the players) live in. He plays the model of the perfect anti-villain, not being nearly as twisted or perverted as many of the other bosses in the game, but genuinely wants what is best for not just himself and the player characters, but the world.

Of course, his methods of doing so are extreme to the point of alienating an audience. A psychiatrist by trade who has extensively studied the Persona universe’s “cognitive psience,” Dr. Maruki sets up his ideal reality by rewriting people’s entire cognitions, undoing the most traumatic events in their life, and letting them live out their dreams in his “paradise.” He does so completely cognizant and controlled; he never once plays into the hand of the more stereotypical signs of the “mad scientist” trope.

As you venture through Maruki’s Palace, you learn more and more about what happened in his life to drive him to this point. There is even a series of puzzles that require you to think like Dr. Maruki if you wish to complete them without incident. In this segment, there is one ideal hammered home – if your current dream is not working, it is not worth holding onto. Why put yourself through all that suffering and heartache if your aspirations net you nothing? Why not give up on your dreams and start a new one?

This ideology is echoed once you actually reach Maruki’s boss battle, where he pleads with you and the rest of the Phantom Thieves to please give up what you’re doing because you and he are doing the same things, but he’s doing them on a much larger scale. To seal the deal, the name of the song that plays during said boss battle, which is highly subdued in relation to the rest of the poppy, jazzy soundtrack, is entitled “Throw Away Your Mask.” The song’s lyrics, clearly of Maruki’s heart, beg the listener to abandon their dreams, stop striving for greatness, and just believe in something else.

Of course, being a villain and a distorted one at that, why give any credence to this kind of thought process? Because of where we currently are in the world.

A quick disclaimer that much, if not all, of the following is anecdotal and is my personal experience with what is happening right now and probably shouldn’t be used as a blanket universal indication of any kind. It probably isn’t even that ‘unique’ given the times.

I’ve considered myself a creator for most of my life. At least in the United States, the world of the arts isn’t exactly the most financially stable place. It has only grown worse during the special kind of hell that is this year, despite art and the products of creatives being the #1 thing consumed at this time. The creative department I’ve been trying to break into, comics, is hitting the same dense brick wall as everyone, but comics is also driving a much smaller car that probably wasn’t up to government safety regulations to begin with.

Comic book movies, properties, and characters have dominated the box office and dictated pop culture for this entire millennium. Despite that, actual comic books have never really seen a sustainable uptick in popularity or sales (though, between me beginning this piece and getting it published, graphic novels reportedly recorded their best sales ever in 2019). Local comic stores, where many comic creators are given their first chances, have been shutting down by the dozens for a number of years. The shift to digital comics has also had an undeniable impact on the business.

And this was all before a pandemic forced everything to change.

With a publication under my belt, I was all set this year to gather a somewhat professional portfolio and finally head to a convention somewhere and attempt to pitch to some bigger publishers. No, I’m not the best artist by a long shot – the company that published me claimed my art style is something “99% of people would say [they] can’t draw” – but I’m trying to break in as a writer anyway. I finally had the work and the resolve (and some anxiety quieting techniques) to dive head-first into this thing.

Conventions are more or less where “job interviews” are for the realm of comics and graphic novels. But once mass gathering started shutting down, conventions were some of the first things to go. Combine that with the aforementioned comic store closings and stagnant comic sales, it looked like the industry was being dealt an unconquerable blow. Could it be that the industry I dedicated my life to might not make it through this?

Being overcome with gloom-and-doom thoughts probably have me thinking the worst even to this day, but in the grand scheme of things, that industry and perhaps many others will not collapse, but rather transform. Several conventions have already had virtual “at home cons,” including San Diego Comic Con to at least keep extending the experience to fans. In broader industry news, several publishers have stopped using Diamond Publishing, who have long had a monopoly on the comics distribution front and, if you ask many comic book store owners, one of the reasons comic stores were shutting down anyway (and would require an entire article itself on how important a shift like that is).

With the way things have gone, there has been a huge shift towards the digital realm, which for years was looked down upon, yet is the place many amateurs (myself included) have gone to hone their craft and to self-publish. With traditional publishers losing a great deal of revenue during all this, trusting new or unproven creators or IPs might make breaking in through that gate even tougher than it was already. Whether you chase physical or digital, even though there are just as many lanes open as there were before, it seems as though they’ve all narrowed severely. This brings self-defeating thoughts like even if you do have something made, what would you even do with it? Why would you waste all that time and make yourself suffer so much?

So. Paging Dr. Maruki. When do you kill a dream? And how do you start a new one?

There isn’t an answer to that. I don’t think there should be at all. To say this is an incredibly concerning time is an understatement that I think we have all heard repeated by one too many outlets. Everyone’s figuring things out as we go and the main tactic of comfort with so much chaos is indulging in the familiar. And the most familiar things to me are video games, writing, and making comics. A few days ago was the first time in six months I drew something. Maybe dreams, like everything, don’t really die. They just transform.

As for Persona’s Phantom Thieves and their adventures, the game doesn’t really give a definitive answer on the idea of “kill your dream, start a new one.” Of course, your band of rebels reject Maruki’s ideals. The main focus is the tactic of which Maruki is manipulating reality itself, which is by removing everyone’s will. The only way to save the world is to remove his.

My mental health is in the gutter, aspirations farther off than ever, and my spine and shoulders are not aligned, causing me great pain at my computer. But unless Brian Michael Bendis, Gail Simone, or Gene Luen Yang rewrite my reality or grab me by the throat and tell me to stop making stuff, my will says there’s only one thing I can do and that’s just keep going. I don’t know anything else. And maybe that’s sad. But I’m always sad, so they cancel each other out, right? That’s totally how that works.

So all that’s left is me, creating until something crushes my soul. Again.

READ NEXT: 15 Best PS4 JRPGs You Should Play