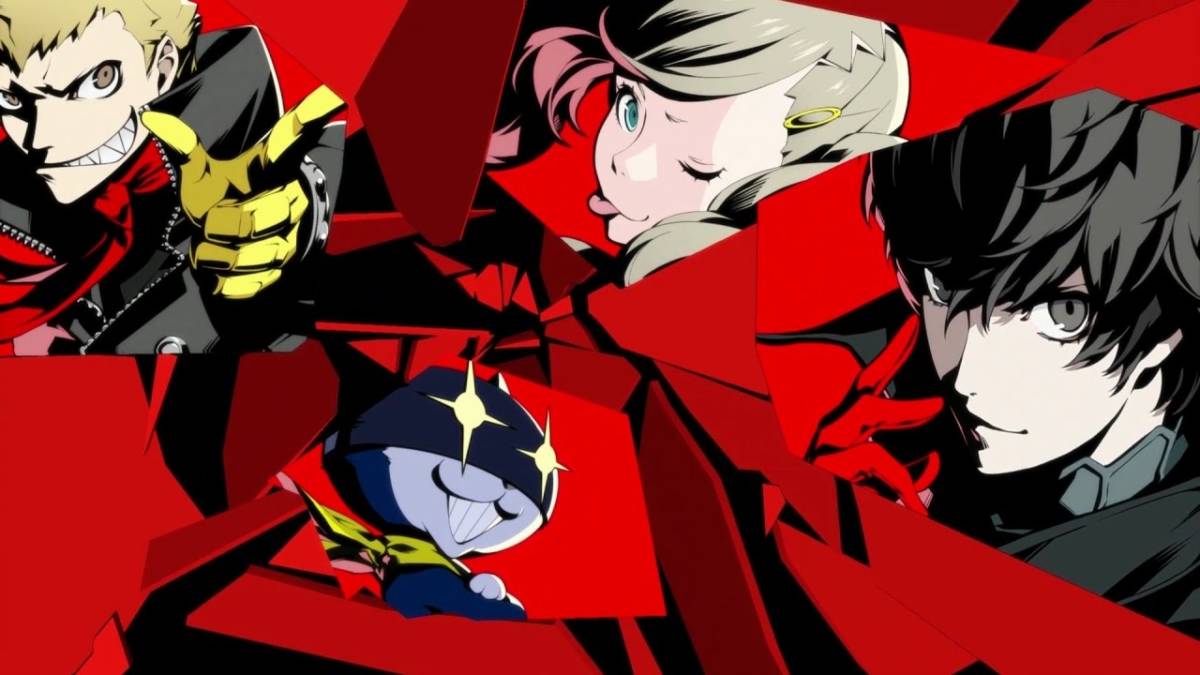 15 Best PS4 JRPGs You Should Play

When I play a PS4 JRPG, I expect, at the minimum, a well-designed world, a good story, and great characters. I look forward to learning more about the protagonist and their inevitable group of companions, as well as the world they’re in. Of course, I also expect some basic technical gameplay stuff: combat, character customization, and tangible progression (like levelling up to get skills and equipment).

I fully expect to invest dozens, maybe even hundreds, of hours completing a JRPG. However, for me to shell out that amount of time, a game needs to be great. I think most video gamers feel the same way, so to make it easy for you, here’s my list for the best PS4 JRPGs. Bear in mind that all of these games will also work on PS5 thanks to backwards compatibility.

The Dragon Ball series already has a massive world, an optimistic protagonist (Goku), a cast of characters that supports him, and constant world-ending scenarios. Add that all into an RPG, and you have Dragon Ball Z: Kakarot.

Though only released in January 2020, Dragon Ball Z: Kakarot has proven to be the definitive (well, only) RPG experience for the franchise on PS4. On top of battling against familiar foes, players can explore the world through flight, completing side activities and interacting with NPCs along the way. Dragon Ball fans are sure to have a great time with this one.

From our Kakarot review:

“While we’ve seen the story of Goku and the Z Warriors before, Dragon Ball Z: Kakarot offers enough detail and fun gameplay to warrant a purchase.”

Final Fantasy XII: The Zodiac Age is the PS4 remaster of the original PS2 release. The game features the staple of Final Fantasy goodies: an open world to explore, a somewhat convoluted story, party-based combat…and Chocobos!

More seriously, the remastered version brings back all the great aspects of Final Fantasy XII while also updating its graphics and soundtrack for the eighth generation of consoles.

Kingdom Hearts 3 received an obscene amount of hype leading up to its release. The game is bright and flashy with a world that may be too big for its own good.

Disney and Pixar fans will get oodles of joy from seeing classic characters appear and team up with Sora and his buddies. Unfortunately, the story is as confusing as ever, perhaps even confusing if you’re rusty on your Kingdom Hearts lore.

Overall, it’s a game that knows what it does well, and for many fans, the fun here may lie in seeing the continuation of a beloved franchise. For those who enjoyed the game, you have more to sink your teeth into with the recent release of Kingdom Hearts III Re Mind.

From our Kingdom Hearts 3 review:

“Despite its flaws, Kingdom Hearts 3 provides a more than fitting ending to Sora’s chapter and its presentation will leave a lasting impression on long-time fans. With careful lessons learned from its past, Kingdom Hearts’ future has never been so bright.”

Ys VIII: Lacrimosa of DANA is currently the latest of the Ys series to be released worldwide. Despite its name, new players can dive into the game without playing previous games in the franchise.

As Adol Christin, you embark on yet another adventure, this time to deal with the extinction event known as the Lacrimosa. The story takes some time to ramp up, but the characters you get to control and meet are compelling enough that you shouldn’t have trouble engaging in the world.

Gameplay-wise, it doesn’t reinvent the wheel as an action JRPG. It features standard progression elements for developing the characters, such as unlocking skills and crafting better gear.

This tactical JRPG brings players back to the world of Disgaea along with its quirky, anime aesthetic. The story’s well-written, and players can look forward to spending hours upon hours battling through the campaign mode.

The real highlight, though, lies in the fantastically intricate progression and customization available for the playable characters. If you’re the type of player that likes testing the limits of a game’s mechanics, then look no further. Disgaea 5: Alliance of Vengeance is a strong contender for best in the series.

While Digimon Story: Cyber Sleuth features familiar Digimon from the franchise, the game diverges in the story it tells and, in some respects, how you play it. You play as a student turned hacker/detective who gains the ability to capture and control Digimon.

As players explore the digital world, they’re bound to fight other Digimon in old-school turn-based bouts. Plus, they can capture new Digimon and “digivolve” their favorites into stronger versions, which you’ll need to do to progress against enemies. Moreover, the game has several storylines to explore, so players won’t have to worry about running out of content too quickly.

I am Setsuna is a top-down JRPG set in a snowy, fantasy-esque world. Players control a party of characters, each with their own set of attacks and special abilities. The game uses the Active Time Battle System (which some may recognize from Final Fantasy) that allows characters to act based on their skills and loadout.

The story is wonderfully paced, featuring deep and poignant moments that made characters even more compelling. I am Setsuna invokes the feel of older JRPGs while staying modern in its graphics and gameplay.

Valkyria Chronicles Remastered received a PS4 release following its initial popularity on the PS3. A tactical JRPG, Valkyria Chronicles has players control their own militia as they fight in a war ravaging Europa (the game’s fictional setting).

The game’s progression system has you level up different characters and upgrade equipment. Missions require players to complete specific goals which can require deploying specific units on top of good tactics and positioning. Another standout part of Valkyria Chronicles is its pencil-sketch, storybook aesthetic that added some depth to its otherwise standard anime art-style.

When you say PS4 JRPGs, Final Fantasy may be one of the first franchises to even come to mind. Play as Noctis and friends as they travel and, eventually, fight to save his kingdom, all the while sharing an awesome ride.

Fortunately, Final Fantasy XV stays faithful to the story and character styles of its predecessors, though it featured more action-oriented gameplay and massively upgraded graphics.

Featuring a winding story, a fun party of boy band-esque characters, and a massive world, the game promises a good time for new and old fans alike. Did I mention the game has Chocobos?

Dragon Quest XI: Echoes of an Elusive Age comes in strong with oodles of characters, activities, and quests for players to engage. The game makes good use of its cel-shaded anime style to make a bright, fantastical world that matches the Dragon Quest aesthetic.

Other highlights include its turn-based combat (which you’ll have a lot of) and colorful characters (who you’re bound to interact with often). For dedicated players, Dragon Quest XI will keep you playing for hours on end.

For me, Tales of Berseria has been the best entry in the Tales series.

Despite its bright, anime-styled world, the main character, Velvet, is a darker, more vengeful character compared to standard JRPG protagonists. However, her goal ultimately drives her on an adventure to save the world, accompanied by a crew of quirky characters. As you progress, characters will level-up characters, unlock new moves, and access more powerful equipment.

Berseria’s draw compared to its predecessors lies in its more polished action-styled combat. You control one character’s attacks and special skills while the remaining party fights as AI (which you also set). It’s a pretty friendly system regardless of experience levels since players can opt to automate how they string combos.

Similarly to its predecessor, Ni no Kuni II: Revenant Kingdom evokes the aesthetic of Studio Ghibli’s works (though they actually had no part in its development).

Playing as Evan or one of his companions, you get to explore the game’s bright, fantasy world—all the while fighting off different enemies and levelling up your characters.

The addition of kingdom building also makes for a satisfying side activity. With a moving soundtrack and lovable characters, fans of the series shouldn’t hesitate in giving Ni no Kuni II a try.

From our Ni no Kuni II review:

“Though it’s not a perfect game, Ni no Kuni II: Revenant Kingdom will find its way into your heart with its endless charm and uplifting story. A fantastic JRPG with bags of positivity to boot, this game is an uplifting experience that the world could do with more of right now.”

The story of Tidus and his journey in a new world is one of the most compelling and poignant narratives I’ve seen in a game. The world is stunningly beautiful with an amazing soundtrack to complement those important emotional beats. The turn-based combat is par for the course along with a need to eventually grind out character levels.

As another upside, Blitzball is just a great mini-game.

Persona 5 is the latest and greatest installment of the Persona franchise. Playing as Joker, you live the normal high school life by day and go on adventures with your band of vigilantes by night.

The game excellently combines aspects of social sims and dungeon crawls with a fun cast of characters that you can get to know. The turn-based combat is fought through Personas that you can switch and improve over the course of the game, giving you a lot of room to mix-and-match your strats.

From our Persona 5 review:

“With a gripping story, quirky characters, witty writing, and everything that you need to make a good game, Persona 5 will take hold of you for its 100+ hours of gameplay and have you wishing you didn’t need to take a break.”

In NieR: Automata’s post-apocalyptic Earth, androids battle the machine lifeforms that are invading the world. You’ll need to play the game as three different characters over many different playthroughs to fully experience its story. The fast-paced combat makes you feel powerful, and players have a wide selection of stylish weapons to fit their playstyle preferences.

Honestly, NieR: Automata is one of the best PS4 JRPGs I’ve ever played. With its great graphics, the game conveys a conflicted world that feels desolate at some points and serene in others. The story is superb, especially for the lessons it can apart. Plus, few games can match the beauty of its soundtrack.

From our NieR: Automata review:

“I encourage you to try Nier: Automata. It’s unique and quirky, dark and exciting. It’s a challenge but not one so hard to put you off trying one last time.”