Dance of Death is obviously made with a lot of love, and though it’s not perfect, it’s a solid point and click game with a modern twist. 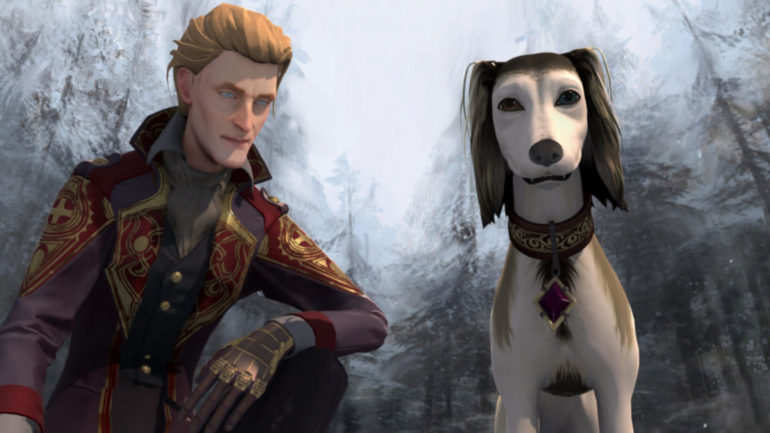 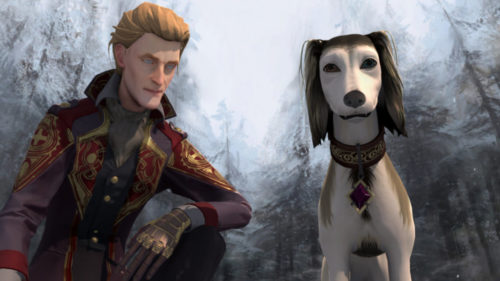 It’s odd to think that a beautiful game such as Dance of Death: Du Lac & Fey didn’t hit its Kickstarter target. It was cancelled a day before it was due to finish, only amassing just over half of its £40,000 goal. Looking at the game’s artwork, I simply cannot understand why this happened. But life has a way of working things out, and under two years later, Dance of Death: Du Lac & Fey is finally here.

It may have been down to Dance of Death’s genre that caused it to fail initially. Falling somewhere in-between fantasy and history, it follows Arthurian legends Du Lac and Fey as they find themselves on the trail of Jack the Ripper. It’s strange to think that despite the history behind the Ripper legend, video games about him have been few and far between. Sure, he pops up in various titles, such as Assassin’s Creed: Syndicate and The Order: 1886, but seldom have we received a good game about the legend of the killings. Well, apart from forgotten FMV classic Ripper.

Players take on a few characters in Dance of Death. Naturally, the focus is on the title characters of Sir Lancelot Du Lac and Morgana Le Fey, also along for the ride is the infamous Mary Kelly. Du Lac is very much the Arthurian that you’d imagine: heroic, yet pompous at times. Fey is an Arthurian sorceress, however, she has been cursed and forced to take the form of a dog.

These characters haven’t been designed to simply look nice, their design is also a key part of the gameplay. Du Lac is very much our go-to detective here: he does most of the talking and detective work, as well as a bit of fisticuffs when the time requires it. However, Du Lac would be nothing without his friend and human in canine form, Morgana Le Fey.

Fey, being a cursed human who is now forced to take the form of a dog, has all the advantages that you could imagine. Fey has a keen sense of smell, and it’s always worth investigating areas that Du Lac has already looked at to gain extra clues. Fey can also speak to animals, which comes in handy from time to time, allowing her to gather evidence her human colleagues cannot.

A third playable character comes in the form of the psychic Mary Kelly, who appears to be able to see future disasters, as well as the next victims of Jack the Ripper. On the surface, Du Lac and Fey looks like a light-hearted adventure game. However, due to the nature of the subject matter, things can get dark. Dance of Death will see you investigating, as Salix Games puts it, ‘historically accurate crime scenes’. Anyone who knows even a little about the Ripper murders knows they’re in for some bleak story.

The first thing you’ll notice about Dance of Death is its wonderful graphical style. Kudos must be given to the design team who put these character models together because they look stunning. Teeming with precise and smooth animation, Dance of Death’s graphics are easily up there with the big boys. They’ve achieved this through a few tricks, one of them is to have the character models against a 2D, painted style backdrop, which allows for less strain on your graphics card.

However, while this works for the most part, it doesn’t hold up the illusion entirely. There are occasions during the game where the character models are at odds with their seemingly hand-painted backgrounds. Sometimes 3D character models look out of place against these backdrop, although this doesn’t happen very often at all, and it’s just a minor niggle.

Another issue is the NPC animations, or lack thereof. Dance of Death looks great when characters wander around these well designed scenes, while interacting with the few characters that populate them. However, some scenes with a large number of NPCs and the game looks weird, as most NPCs don’t seem to be animated. Large crowds or busting pubs are filled with people, all of whom stand motionless. There are a few minor animations in these scenes, but they feel mostly lifeless. I understand that this is only an indie budget title, but games such as Broken Sword and Monkey Island were able to display busy and exciting crowds over 20 years ago.

While Dance of Death’s use of 2D backgrounds might look great, it doesn’t extend to the 2D characters that populate the background of some scene It’s easy to see why they were implemented, to make the game world seem fuller without impacting on the performance of the game. But at least in one scene there are 2D and 3D characters sharing the same space, almost standing side-by-side, and it just looks a little awkward.

Gameplay wise, Dance of Death is very much your standard point and click fare. If you’ve played a point and click game then you should feel entirely at ease here. Examine scenes and click to examine items and clues, as well as speak to people. The game does contain some real time event style sequences, which I must admit felt a little out of place. Dance of Death has a nice feature that elevates it above other point and click titles, and that’s the ability to change characters during a scene.

This allows you to switch between characters and their different abilities. It’s a nice addition, which ensures that you explore each scene fully with each character. Granted, it has been done before in point and click games, but I felt that this is the best manner in which this feature has been implemented — at least that I can recall.

Another element that raises the game is its writing. Dance of Death is very well written and it’s easy to see that this is where much of the work as gone. A well written point and click title makes a huge amount of difference, especially when your game also features a full voice cast. There are more point and click games on the market than ever, and the ones that are fully voiced really feel like they are in a different league.

Dance of Death’s voice cast is head and shoulders above the rest. Torchwood’s Gareth David-Lloyd is unrecognizable as Lancelot Du Lac, and is a commanding and solid lead, as is Perdita Weeks, who has also appeared in the likes of Ready Player One and As Above, So Below. Joining them is Utopia’s Alexandra Roach, who, if you’ve not seen her in anything before, is always superb. Honestly, during my time with this game I don’t think I noticed a weak link in the whole cast.

In short, Dance of Death: Du Lac and Fey is a very competent and good looking game. It’s not perfect but that’s okay; I believe that its positives hugely outweigh its negatives. Those who relish the point and click genre will love Du Lac and Fey, it may take time to win over those who aren’t but it’s definitely worth sticking with. Also, it’s probably the best game based on Jack the Ripper, well, ever. 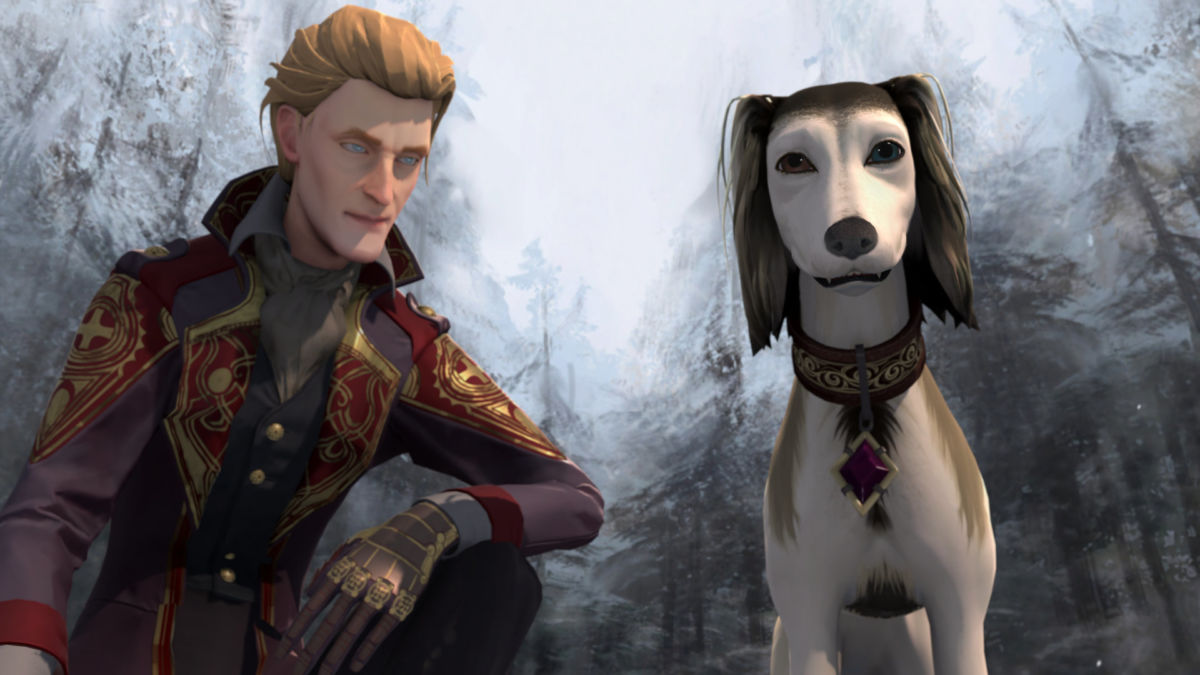 Verdict
Dance of Death is obviously made with a lot of love, and though it’s not perfect, it’s a solid point and click game with a modern twist.
7.5