Will the Fear Street books give us more than just goosebumps? 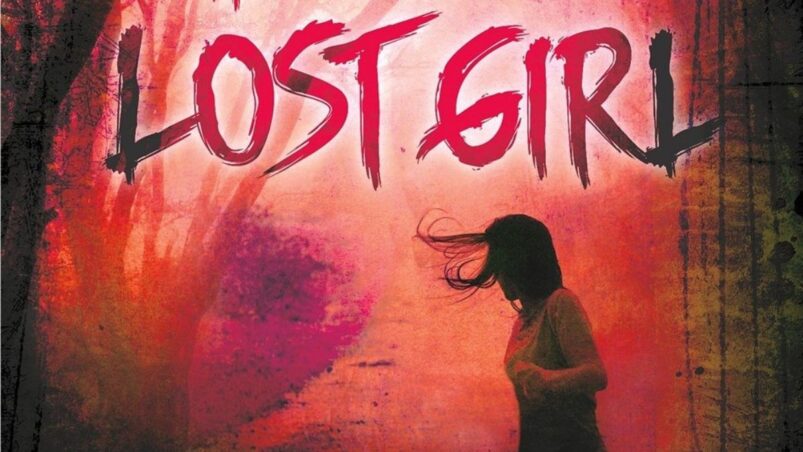 With the release of Netflix’s Fear Street trilogy, the Fear Street books have gained traction once more. Back when I was a young, voracious reader, R.L. Stine’s Goosebumps were more my speed. They were shorter, easier to get a hold of, and more readily swappable – me and my friends always used to somehow have a cache of Goosebumps books on our person. I knew of the Fear Street series, but never actually read any of these books.

Now, having watched the entire trilogy, and enjoying it immensely, I wanted to dive into the source material to get a sense of the Fear Street essence. Are these books actually scary, or just a quick way to pass the time?

For the first book I picked up, The Lost Girl, we are immediately taken into the thick of it – the prologue begins with a girl nearly raped within the first ten pages. This is pretty horrific and shocking, especially since she feels she can’t tell her parents because it would spoil their celebratory mood. Beth has powers (her grandmother taught her what she calls “tricks”), so she was able to get out of this situation, but from the get go the world is incredibly dark.

It escalates even more in the next few pages, where her father is stripped naked and covered with honey and oats so that famished horses would feed and masticate him. Beth’s father Angelo is a stable manager turned stable owner, and this unsettles his previous boss Martin Dooley, which leads to such violent actions.

The disparity between the social classes in Shadyside is a big aspect of the Fear Street series. Stine establishes the divide between the haves and the have-nots, and any transgressive attempts at crossing this line are stomped down with violence and aggression. Toe the line, or face the consequences. We’ve seen this play out before, in films like Parasite and books like The Great Gatsby, but there is a certain blood-curling cruelty here compared to these other texts. There is also the sense of entitlement the rich believe they possess, which is why Aaron Dooley feels justified in having his way with Beth, and can’t accept her terms and her rejection of him.

Oh, it gets worse. Initially, we think the hungry horses are merely a threat, all a ploy to assert dominance and ensure submission. But no, this isn’t the situation at all – the horses devour the man, and his daughter watches, paralyzed, unable to conjure her powers. Stine is pretty detailed with the imagery, painting a scene with blood “spurt[ing] into the air” and “puddl[ing] in the snow” – I guess it wasn’t the best decision to have my food while reading a Fear Street book.

Hold your horses (sorry, couldn’t resist) – this isn’t the end of the story. Stine starts by plunging us into a dark reality, only to lift us back into the present day, which is so normal yet we can’t help but feel unnerved by the juxtaposition. Structuring the book like this causes us to fly through the pages to figure out how the parts connect.

Stine likes to weave connections between the past and the present, where an event in 1950 can intertwine itself with the now. The past never stays where it’s supposed to, and comes into the present with a furious purpose, for there must be retaliation – an eye for an eye, a tooth for a tooth. There may be resolution, in the sense that the book does end, but it rarely feels cathartic. There is no respite in the world of Fear Street, so don’t be foolhardy enough to look for one.

Considering the youth of these main characters, and the language that Stine uses, these books are clearly catered for a younger reading audience; that would mean I am 20 years too old for the Fear Street books. So, they aren’t quite as nightmare inducing as some of the horror books I’ve read over the years – I’m looking at you House of Leaves.

However, what I found myself unable to shake off was the lack of safety that surrounds these young people in the books. Innocent individuals can die, or have their skin peeled off from their bodies – for no reason other than proximity – and some are so filled with dark anger that it corrupts all the goodness that lies within them. Fear Street is a reminder that the young don’t stay innocent forever; it is only a matter of time before they are privy to the dark realities of the world, and may even become the horror themselves.