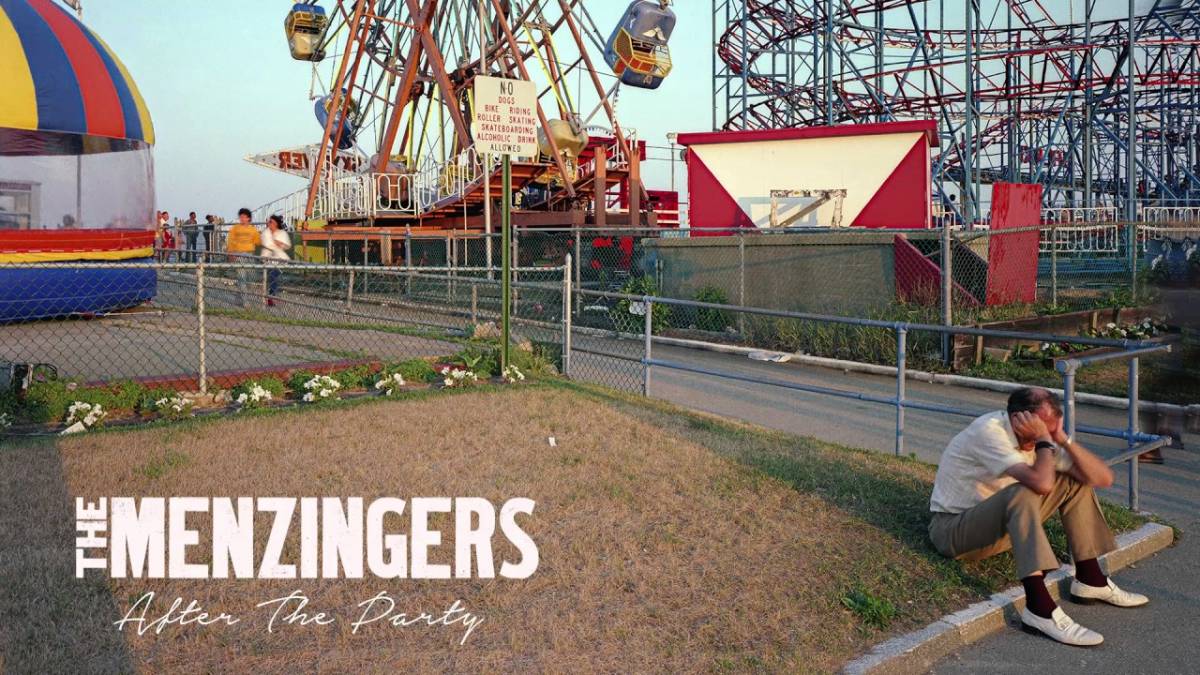 There’s a future in which I’ll be driving in the early evening on the I-95 South from Philadelphia or New York. The last light of the day hits the windshield as hometown streets disappear in the rear-view mirror. This record will be playing and it will soundtrack that journey through every state, backwoods road, broken town and horizon where city lights beckon.

After the Party seems like the logical and philosophical progression from On the Impossible Past that The Menzingers never reached with its follow-up, Rented World. If the band contended with the realisation that you can be stuck in the same dead-end town with only your friends and a bottle of liquor to see you through the night, then After the Party is what you do to fill the gaps of loneliness and anticipation about your future.

The voices on After the Party are measured in equal parts; there’s dashes of cynicism, fuck-it irreverence, hungover laments but genuinely sincere odes to friendship, camaraderie and, most surprisingly, love. A lot of the music in ATP caught me off-guard in the best possible way. Its portrait of settling down, travelling, growing older, and simply living is honest and straightforward. In the album opener ‘Tellin Lies,’ the song speaks of “a decade lost in the moment,” as the band deals with the end of their twenties. Things change, things stay the same. It’s the duty of the band to come to terms with what that old life adage means. The contention of life’s clichés is an overarching theme across the thread of the album.

It’s never a complacent tone or voice, however. Its feeling can, and does, change mid-way through songs – especially in ‘Tellin’’ Lies and ‘The Bars.’ Greg Barnet’s voice is much more prominent on ATP – more so than it ever has been on any other record. It’s less “I definitely know what I’m doing,” and more “I think I know what I’m doing, but fuck it anyway, dude.” The band noted in an interview, especially in regards to Greg’s songwriting, that Springsteen haunts over ATP as more of an influence as before. It’s in this non-complacent attitude that demonstrates Springsteen’s influence. We make life decisions and live with their consequences. We, often, fool ourselves into thinking we are making inherently ‘good’ or ‘bad’ choices, but we’re not. We try our best to judge our decisions based on their outcomes in the long-run and if they fuck up, we deal with the consequences and move forward.

Not all of the voices on ATP seem to be the songwriter’s though. For example, the two characters in ‘Midwestern States’ are either unemployed or struggling for work and the cash for rent. They are on bad terms with their elders and isolated from the trappings of living in the states of the Midwest; “you said LA’s only two days if we drive straight.” But they have each other and maybe that’s enough for them. The story in the song is powerful enough that it unfolds like a debut novel. One of the best – if not, best – tracks of the year so far. It just turned from January to February. That’s a testament to the greatness of this record.

The production of the record is also clean and tangible. Kick drums sound like beating hearts, snares snap like the opening note of Dylan’s ‘Like a Rolling Stone,’ the band thrash on chords like a Jawbreaker live show in early 2000’s New Jersey. There’s a confidence in the album’s production that is mirrored in the performance of the band. The music has balls –which shows in the weighty riffs and vocals- but isn’t afraid to take a more introspective look at things. If Springsteen grew up on the streets of Philly instead of the Jersey Shore as a kid in the late nineties and early 2000’s, Born to Run would probably sound a lot more like The Menzingers.

This record is very much now; it’s present. The references to Netflix and the current relationships that each band member is engaged in demonstrate this subtly, yet it has an effect on the whole record. Records that deal with nostalgia evoke it best when they discuss, through its songs, how we deal with those feelings in the present. The tracks on ATP are not ‘remember-when’s,’ they’re tracks that frame the past by focusing on moving forward. The narrator on ‘Lookers’ remembers Julie from the Wonder Bar, but moves on. There are other Julies. There are other Wonder Bars.

In a year of social and political shifts, music needs an album that takes a step back from misery and anxiety. The songs on ATP look at people, relationships and connection. Songs and characters from inside homes, workplaces, dive bars. After the Party does not fit soundtracking certain things, but rather, it’s an accompaniment to processes – of moving, settling down, being lost, being found – and all the moments in-between.

All that’s left is to wait for summer to roll around. Key in the ignition; listen to the engine turn-over. Play the record; the road ahead, the music and the windshield. Nothing in-between.

Verdict
If Springsteen grew up on the streets of Philly instead of the Jersey Shore as a kid in the late nineties and early 2000’s, Born to Run would probably sound a lot more like The Menzingers.
10
Cultured Vultures is a pop culture website established in 2013 covering all things gaming, movies, and more. We eat your words.
All The News On The Biggest Games