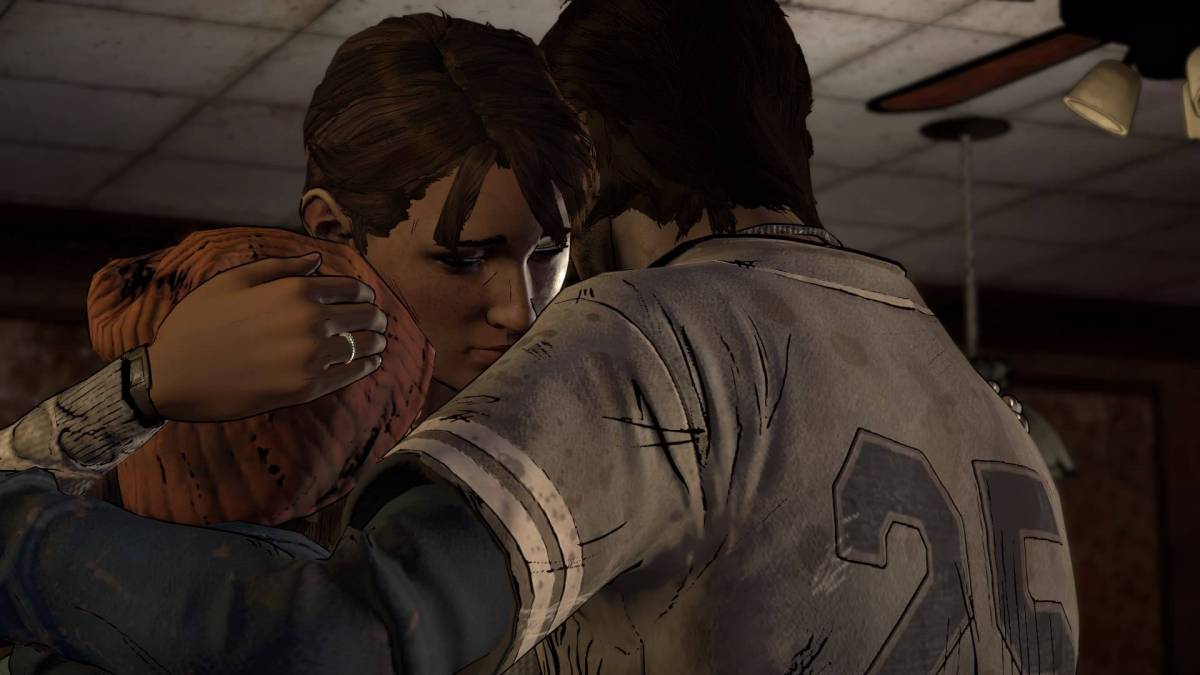 The streak had to end sometime. After three consecutive episodes of buttery smooth performance, which had to be the best I have ever experienced in a Telltale game, the wheels came off in the fourth episode of season 3 of The Walking Dead in a big way.

Things didn’t start well. After the episode took five minutes to load, the recap scene slowed down to what must have been negative FPS – it chugged and spluttered as if I was trying to run a bootleg copy of Skyrim through a Nokia 3510. Sound files were missing, the animations were all kinds of intoxicated, and it was clearly struggling to just survive.

No harm done; it’s just one of those things. Delete and reinstall, as per Telltale’s advice. Things instantly improved and continued to hold steady for a short while. But then the game froze, leaving Javier looking like Ricky Gervais from the eighties. I persisted through the three crashes that would soon follow, but the damage had already been done.

The immersion of any narrative-driven game is determined by the delivery the player receives, much in the same way as the enjoyment of watching a movie is. For instance, say the next Transformers film has several booms in the shot, or maybe there’s a clearly unfinished bit of CGI – perhaps the cinema’s projector bites the dust and you’re left looking at darkness. No matter how good the story or how shocking the twist is, unless the fundamentals and foundations are solid, there’s almost no point in trying. 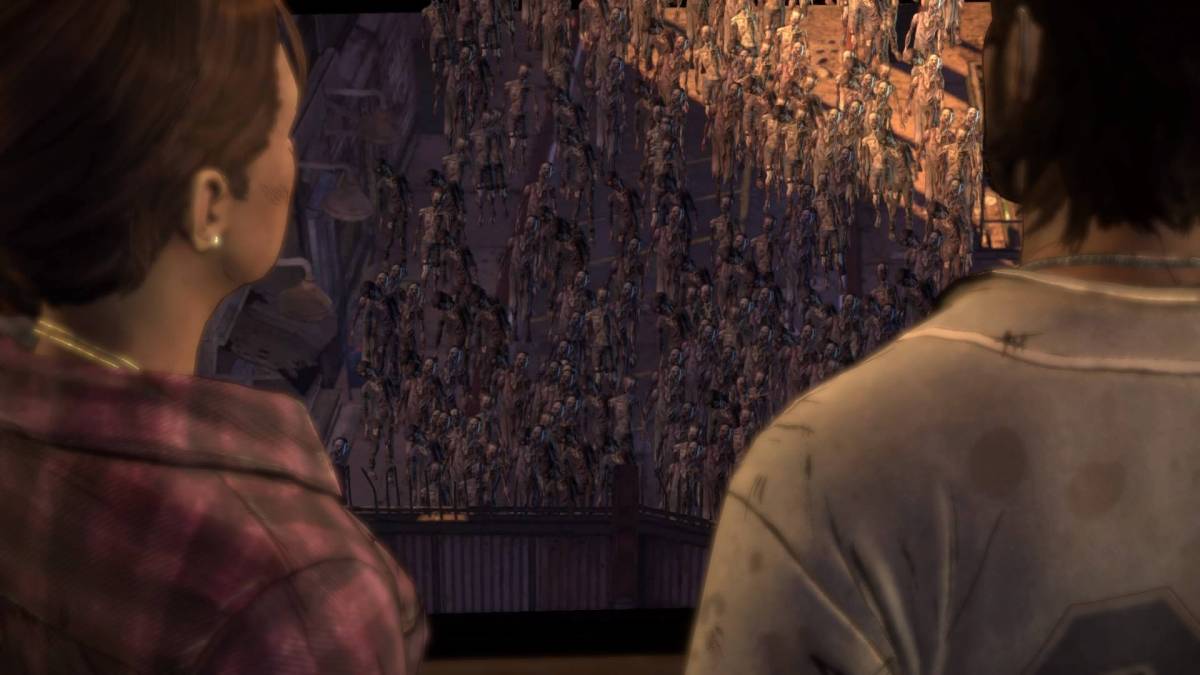 And it’s a shame. While I don’t think the fourth episode of The Walking Dead’s third season is the best Telltale have ever produced, it didn’t help itself in my eyes by just, well, failing to be a video game. It’s probably the worst optimised effort I’ve sat through in this current generation of gaming. As bad as Orc Slayer et al are, they still sort of worked. This, another entry from a developer who’s been around the block a few times, couldn’t even deliver that for the most part.

When it does work, the episode shares a notorious storytelling shortcoming with its television sibling, which is inconsistent pacing. The story meanders, opening with a flashback before taking fifteen minutes to wrap something up that should end in five. This is the penultimate episode of the season, but it doesn’t feel like it until the final stretches where it becomes a chaotic and thrilling ride with your decisions having drastic consequences.

There are some noticeable and awkward attitude changes within ‘Thicker Than Water’, too, with Gabe suddenly becoming the series’ least likeable character. Instead of being the good-natured boy who tries too hard, he’s now a selfish little shit, coming across like the awful Chris from Fear the Walking Dead and trust me when I say that nobody wants to be Chris. 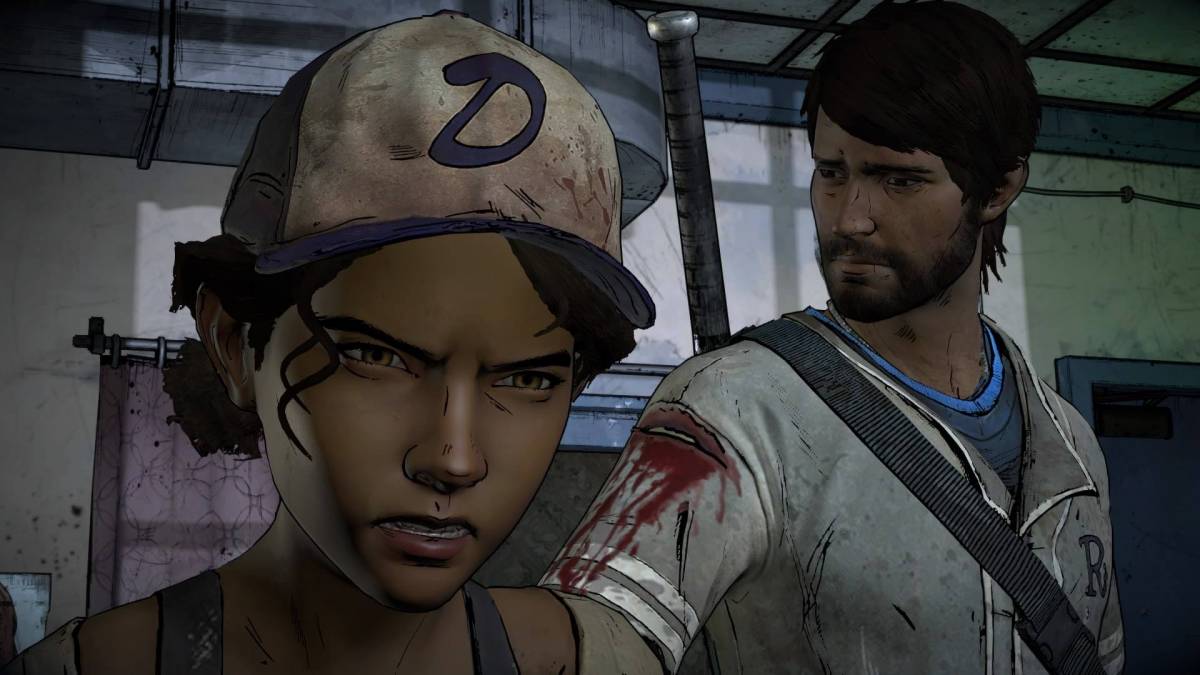 Joan, the sudden big bad of the series, is thrust into the spotlight of villainy so quickly that she isn’t really established. Series’ like The Walking Dead seem to always need someone hateable to focus on, though the crosshairs on her head arrive too swiftly for her to ever really be built up as a long-term villain. Her actions in the episode feel out of place, almost forced in.

There is a shining light in ‘Thicker Than Water’, however, and it’s one that has quietly been buoying A New Frontier so far. Kate and Javi have a natural chemistry, a spark that it’s easy to focus on and want to see more or, and there are a few great example of that here. The scene in a van where the pair reminisce about young love shows great writing and organically strengthens their relationship, and it’s one of the episode’s most transfixing moments. No bullets or undead, just two fascinating personalities bouncing off each other.

If you’re a fan of Telltale’s The Walking Dead, you may enjoy this latest episode and will probably even avoid the many performance issues I ran into on PS4. For me, though, I felt like the VHS tape got stuck in the machine too many times for me to really care.

Buy The Walking Dead: The Telltale Series A New Frontier on PlayStation 4

Verdict
Hampered by performance issues during a PS4 playthrough, there are also some storytelling problems that ruin the latest episode of Telltale's The Walking Dead.
5
Cultured Vultures is a pop culture website established in 2013 covering all things gaming, movies, and more. We eat your words.
All The News On The Biggest Games