An example of how masterfully games can convey humanity, though a flawed one. 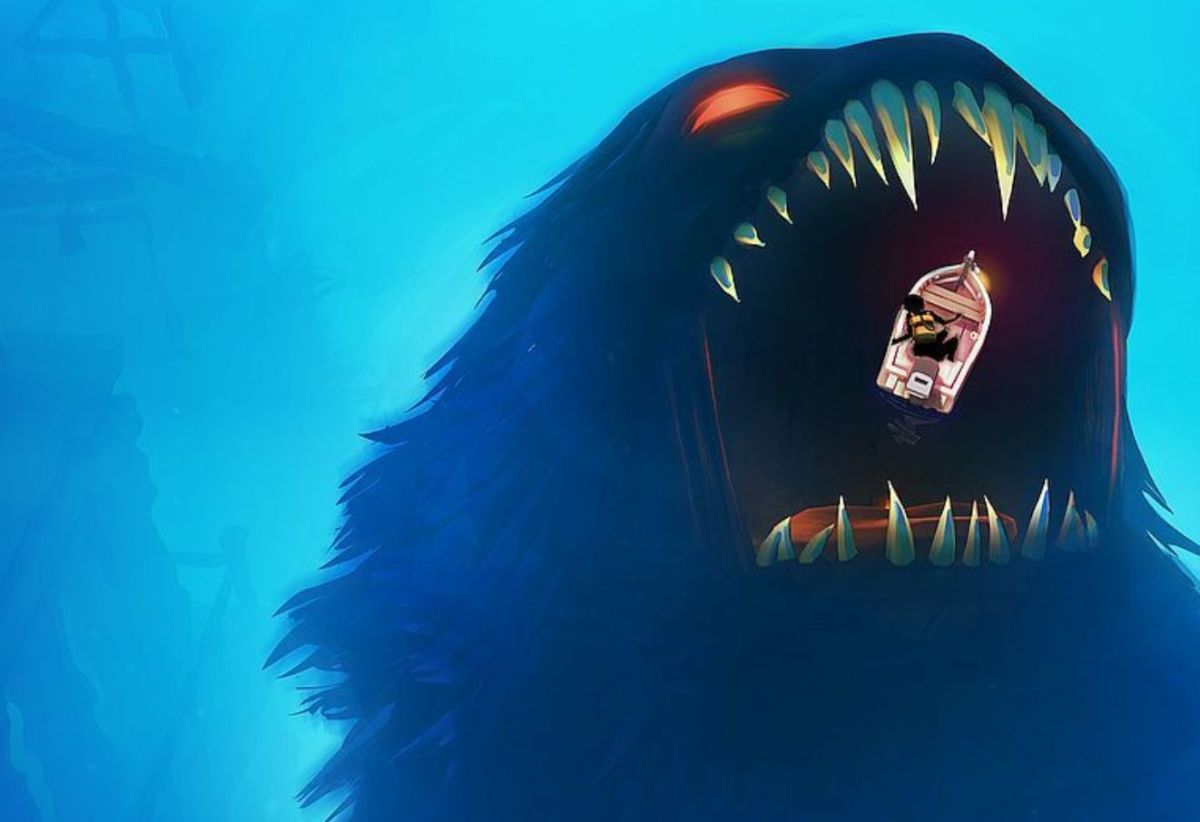 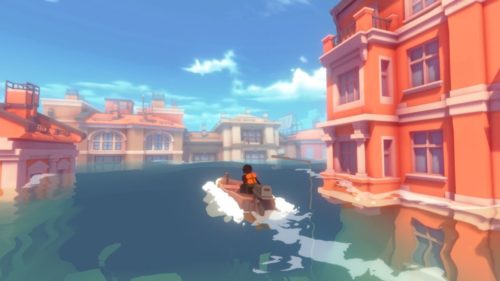 Mental health is a precarious subject for video games to tackle. To be fair, when such a sensitive topic is represented through a commodifiable form of entertainment, it’s easy to see why. Incorporating these real-life themes into an interactive story is a daunting task for developers, as the traumatic and harrowing situations caused by mental illness must become the experience of the player. When it’s done right, however, you’ll feel rewarded with so much more than just a completed playthrough.

Jo-Mei Games’ latest project, Sea of Solitude, is a prime example. It envelops a highly mature and nuanced depiction of mental illness through gameplay that is simple and symbolic. While minimal features and a noticeably short playtime (I managed to beat the game in less than four hours) offers an experience that is almost fleeting, its tragic story and heartfelt message leaves an everlasting impact. 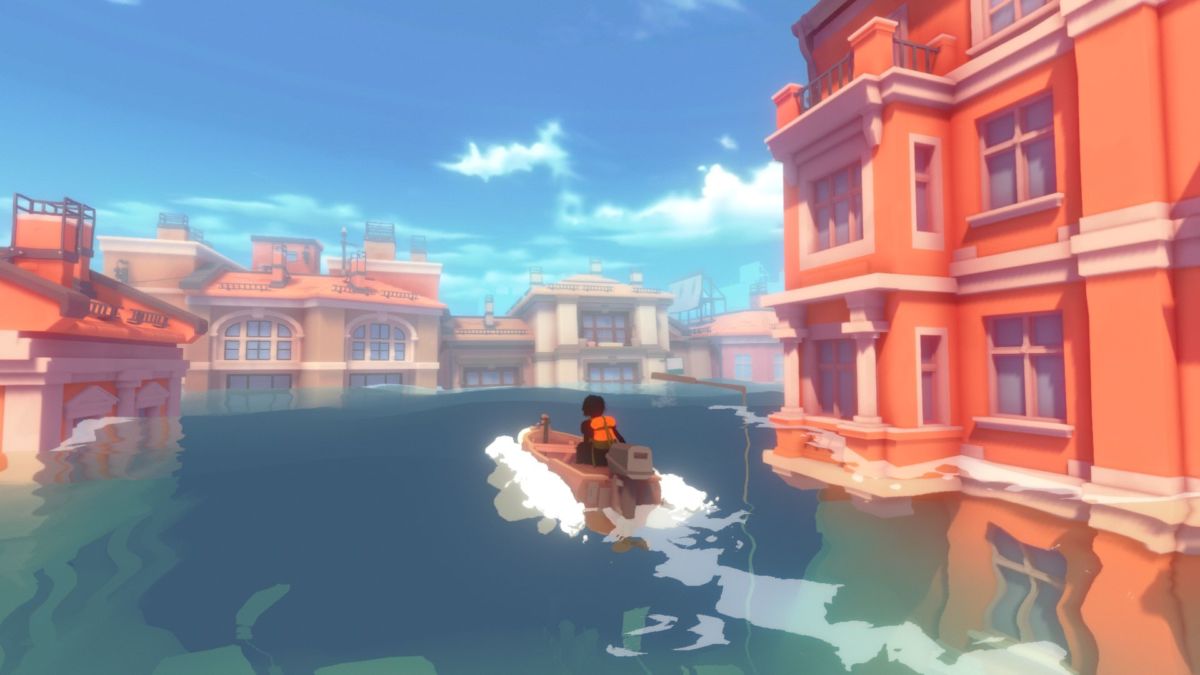 You journey as Kay, a young woman mysteriously transformed into a dark shape of her former self, with nothing but a glowing light and a speedboat to help her traverse the flooded city that looms deep below the sea. As you venture on, Kay will encounter menacing dark monsters and uncover memories revealing the reason for their existence, finding the determination to right the wrongs of her past and restore calm to the corrupted storm that overshadows her world. Quite literally.

Although I wouldn’t classify the game as belonging to the horror genre, there were moments that pushed it as close to the borderline as it could get. Whether I was creeping Kay through a dark hall of red-eyed shadows whispering sickening threats or frantically clambering atop a raft just beyond the reach of a giant swimming monster’s teeth, close encounters of psychological terror led to some heart-pounding moments. The true effectiveness of Sea of Solitude, however, is in the way it intertwines these aspects of gameplay with darker themes of depression, self-loathing and isolation, creating an experience so visceral it was enough to leave me deeply shocked at times. 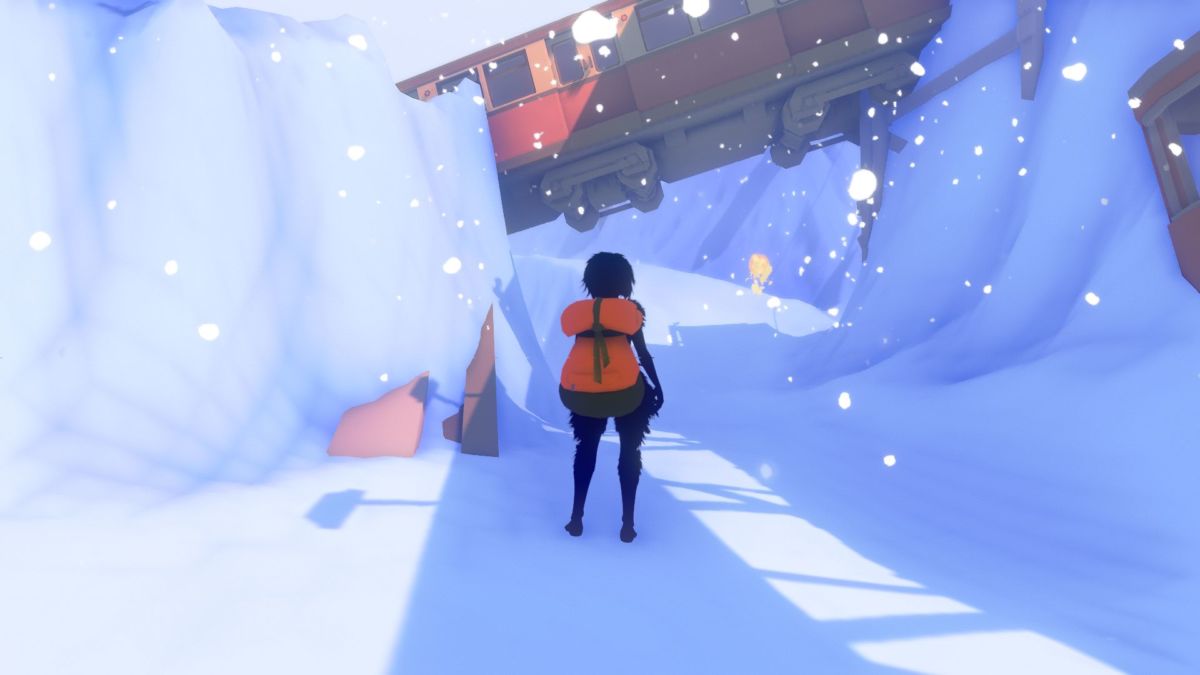 When I say this game has ‘symbolic’ gameplay, I’m referring to moments when running from swarms of humanoid monsters reflects the suffocating torment of bullying, or retrieving shards to melt ice barriers represents the difficulty of reaching out for those who refuse help. Somehow, the team at Jo-Mei Games’ manages to encapsulate real-life trauma in a way that isn’t too ambiguous to be difficult to follow, nor too obvious to be flagrant. There is a wonderful subtlety in Sea of Solitude’s story, and the fact that it can be completed in one sitting brings the twelve chapters together into a cohesive journey that guides you through Kay’s loss, grief and loneliness.

Gameplay like this is effective, but in Sea of Solitude, it is also minimal. Navigating your way across the sea offers little to do beyond the set path, but the simple mechanics and controls still work well with what is there. Kay’s movements are responsive and her boat easily manoeuvrable, and the developer’s attention to realistic wave physics is a satisfying and stunning detail. The only real frustration I encountered, perhaps specifically tied to the PC platform, were the difficulties in controlling the camera. Although this wasn’t too noticeable the majority of the time, its low sensitivity made looking around a little agonising, particularly when I was trying to keep track of the looming sea monster or scan the area for collectibles. The problem is remedied easily enough, but you’ll most likely need to adjust the default setting in the options menu if you’re sick of dragging the camera along with you. 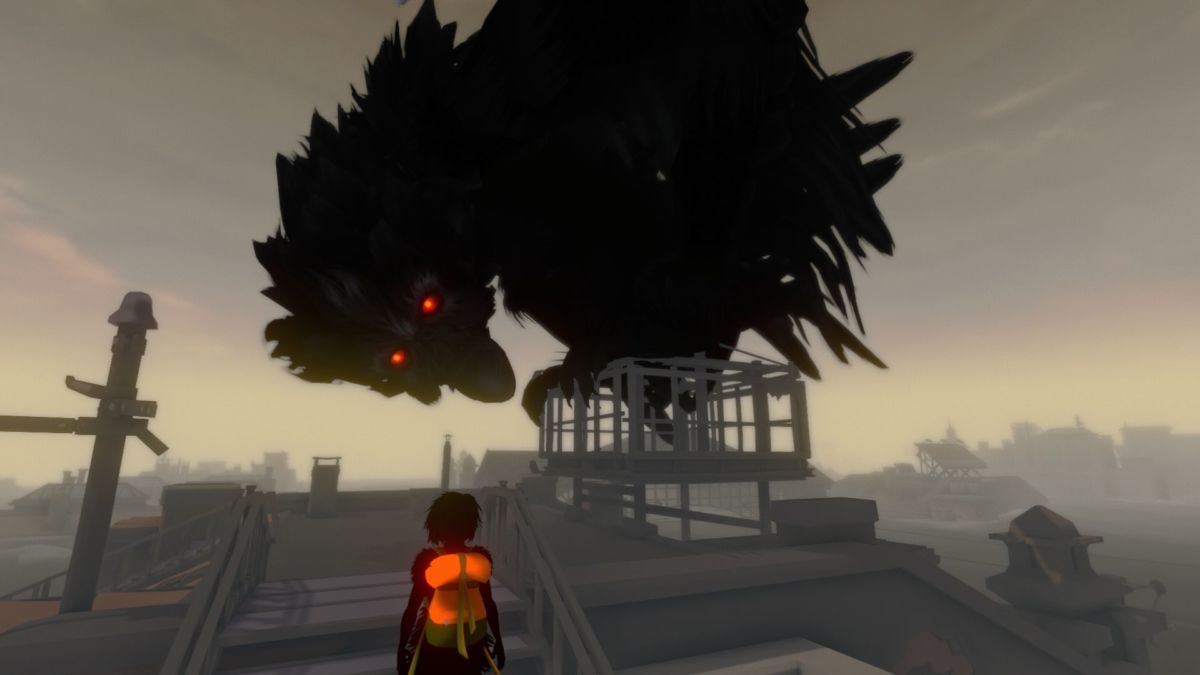 On the other hand, a more welcome feature of Sea of Solitude is how its setting is unexpectedly reminiscent of an open world. While it isn’t noticeable until a few chapters in, the entirety of the game is in fact set in the same territory of buildings and streets that you will be revisiting in different ways time and again. At multiple points of the story, the water will rise and fall, split apart and reshape to reveal new areas and platforms that can be explored, until nearly every rooftop you swim above will, at some point, be accessible. The freedom to sail from one point of the sea to another at will (albeit only during certain chapters) was refreshing and enjoyable, and it made Kay’s beautifully-realised world feel all the more expansive and familiar.

Of course, an open-world feel is hardly present without some nifty collectibles to tirelessly seek out. Sea of Solitude has plenty to boast, with notes in bottles and seagulls to shoo found in the nooks and crannies of the city beneath the sea. Clearing areas of corruption and firing flares that can illuminate your path or destroy certain monsters are about the extent of Kay’s abilities, but that doesn’t mean it isn’t well-integrated within a short playtime. While the absence of usable items, upgradeable abilities and more complex platforming was an understandable decision to avoid a fragmented focus on the brief story, I longed for more incentive to stray from the path. Despite the sense of freedom, there was some unused potential for more variation in gameplay that could have broadened the scope of exploration. A greater challenge in reaching scattered collectables could have offered a more rewarding playthrough and enhanced the player’s attachment to Kay’s world, and I constantly craved more opportunities to interact with the mysterious Venice-like city. 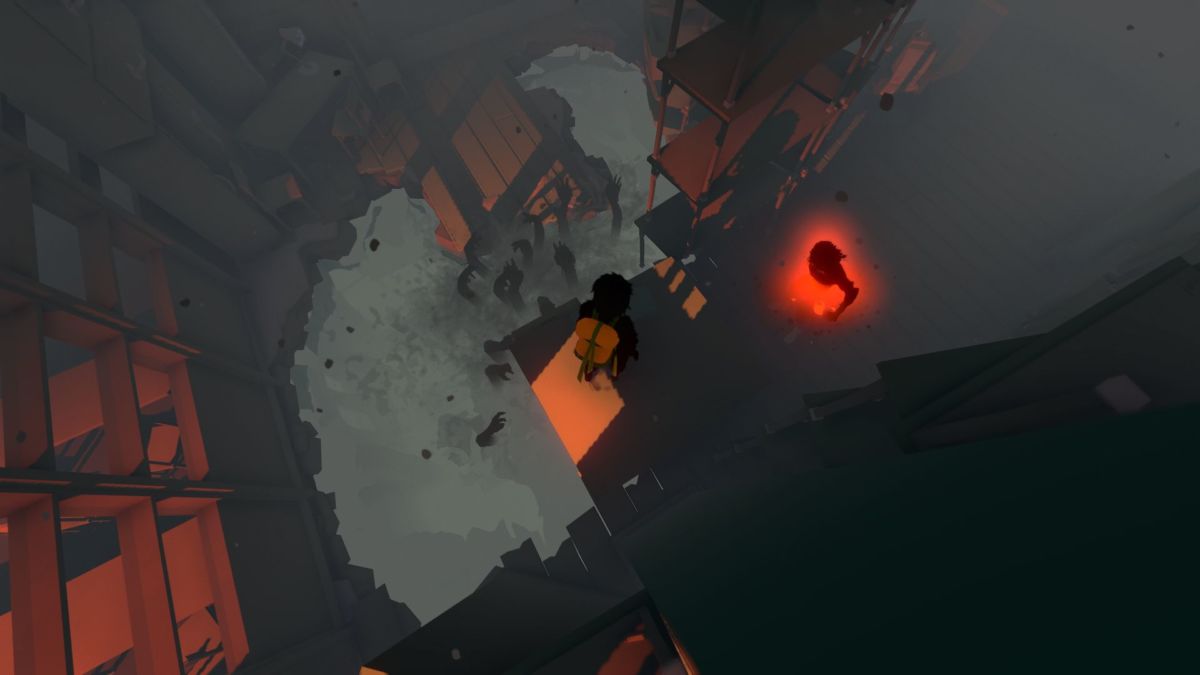 With this being said, I can also appreciate that Sea of Solitude should be a game considered more as an experience than a challenge. What it lacks in game mechanics it more than makes up for with dialogue and voicework which nicely compliments its storytelling. Every memory that is collected leads to compelling and diverse performances, emphasising Sea of Solitude’s attention to sound as one of the most engaging aspects of the game. The music, naturally, was not exempt from this effect, setting a simultaneously melancholy and hopeful tone that constantly supports the game’s exploration of mental illness. From the peaceful ambience of sailing in your boat to the stress-inducing strings that heightened in intensity as you frantically swim away from being eaten alive by a giant sea monster, the sound never fails to faithfully underscore Kay’s emotional journey–and mess with your own.

But sound doesn’t deserve all the glory. Through soft-textured animations and a cartoonish art style, Jo-Mei Games excels at establishing moments of tranquillity and beauty in parallel with moments of holy-crap-terror. Everywhere the story takes you, there is a clear contrast between the stormy and the picturesque, and Sea of Solitude does a fantastic job of setting a visual scene that dutifully represents moments of hope and clarity versus despair. The game’s use of colour is so effective, and I enjoyed how moments of tension were gradually built solely through transforming Kay’s surroundings from the golden warmth of clear day to a grey, drab haze that foreshadowed an unpleasant memory. 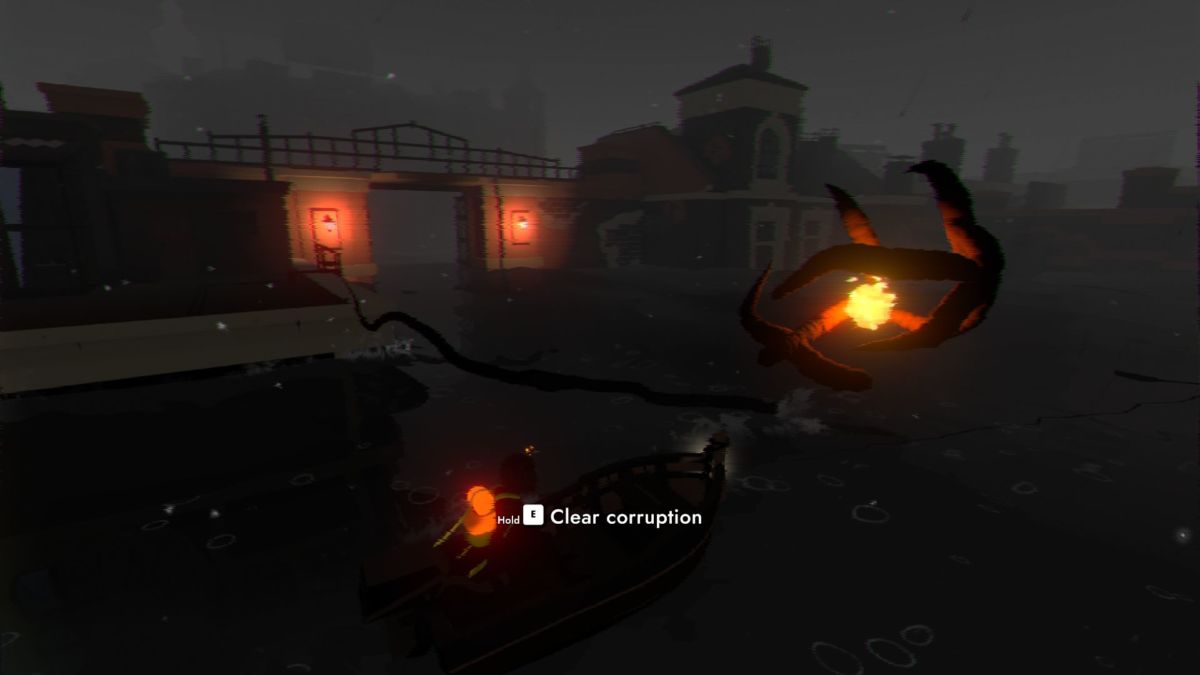 This small indie gem is an example of how masterfully games can convey humanity. It shows how guiding a character through a world we are free to interact with provides an experience so much more personal and visceral than if we were to merely observe or listen. It conveys depression, loss and loneliness in a way that is felt by the player, intertwining a powerful message of self-worth and acceptance that is accomplished beyond simple platforming.

Sea of Solitude isn’t a perfect game, nor does it offer in its short playtime a challenging experience that every player will fully appreciate. What it does, however, is use the mechanics it allows for to convey a powerful message that will strike a chord with any gamer. After all, the success of a game should not be measured in quantity but valued by the gratification and enjoyment felt by the player. And you can bet Sea of Solitude earned mine.

Verdict
Compelling voicework and contrasting visuals define this game as more of an experience than a challenge. If you are willing to overlook the few gameplay features in favour of an impactful story, however, Sea of Solitude is definitely worth playing through.
7