Rebecca Hall's stunning debut is one not to be missed. 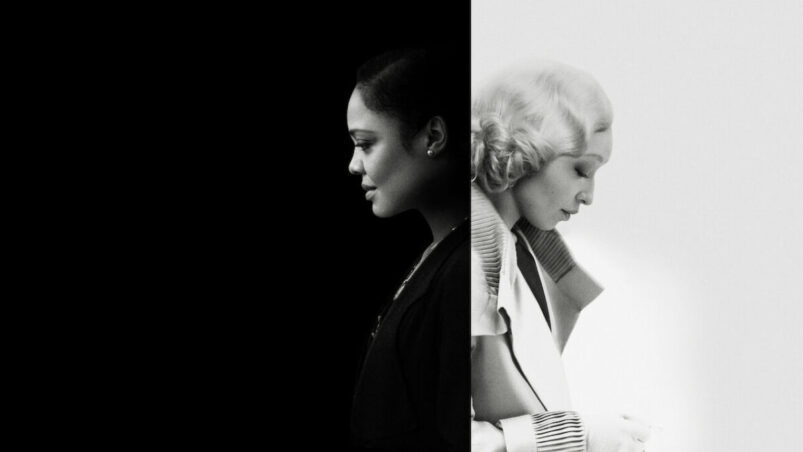 Passing had its premiere at Sundance this year, and was just recently released on Netflix last week, yet there’s barely been chatter about it. The film is actress Rebecca Hall’s directorial debut, a delicate, contentious tale told beautifully through monochrome. I take a keen interest in films that are coloured in black and white, especially in this day and age where it isn’t a necessity anymore. Curiously, Netflix seems to be a host for such films, with films like Malcolm & Marie and David Fincher’s Mank available on the streaming giant’s platform.

While the black and white didn’t particularly elevate the storytelling of Malcolm & Marie in any way, for Fincher’s Mank, the monochrome added a historical accuracy to the look and time of the period. It certainly makes sense for Hall’s piece, which takes place in 1920s New York City. More importantly, telling the story in black and white images allows the viewer to see how socially constructed the idea of race is – it also makes us less fixated on the authenticity of Clare’s (Ruth Negga) passing and more focused on the story at hand. It is all these details and delicate touches in the film that make for such powerful storytelling.

In a tea room one afternoon, Clare locks eyes with Irene Redfield (Tessa Thompson) across the room, and bounds over to her in delight, while Irene looks at her in confusion, initially unable to recognise her. This is because Clare has chosen to pass as white, completely erasing her racial background, since it made things easier. But does it? Clare lives her life on tenterhooks, in giggling pretense, fearful of being found out. She cannot even be honest with her white husband John (Alexander Skarsgård), who carries on with the belief that she’s not even one percent mixed race. There’s an intimidating air to him, and the viewer hopes that for Clare’s sake he never finds out about her masquerade.

So much of Hall’s film depends on the two lead actresses playing Clare and Irene, and both Negga and Thompson deliver such mesmerising performances. Negga’s Clare is like a Daisy Buchanan, with an infectious, inviting way about her, yet trapped by her need to incessantly perform. In a way, she is more Jay Gatsby than Daisy, having undertaken a colossal revision of her life. She seeks Irene out because her life is real compared to hers – Hall fleshes this out even in the way the two couples are presented. Irene and her husband Brian (André Holland) are frequently captured in the intimate space of their bedroom, and we are privy to the nature of their relationship, in contrast to Clare’s charade with John. However, there is a crack in the ceiling of the Redfields’ bedroom, initially barely perceptible, but one that begins to fissure when Clare becomes a source of tension in their relationship.

While not explicit, we can’t help but think about how Clare’s decision to pass as white would affect her daughter later on in life, to never know about her mother’s culture and heritage, a part of her completely effaced due to a desire to not be other. As for Irene, she wishes to protect her boys from the harsh reality of the world, shushing Brian when he tries to educate them about the way things are. There’s a sense of difference that runs through everything, even if Irene would rather not know about it. In a way, she’s passing too, by pretending things are fine and safe for her boys when they aren’t, as well as her obvious sense of envy with regard to Clare.

As much as she exudes disgust for Clare’s pretense, she too believes that being white is desirable, and sees shadows in her own relationship when there are none. Her feeling of triumph is obvious when Hugh, a white man, comments that she could pass too if she wanted to, while he derides Clare for playing the victim. Irene feels pride that a white man finds her interesting and seeks out her company.

For Clare, it’s the opposite. She has no time for Hugh, because her world is filled with white men, and instead has a wild desire to be part of Irene’s world. She is drawn to the darkest man in the room, and finds comfort in her friendship with Clare’s husband. We exotify the other as we are never satisfied with our own place in the world – there are always better people to be, better places to live in. It is like Irene says at one point in the film, we are all passing in some way to measure up, whether we are aware of it or not.

Hall’s film flits from scene to scene accompanied by light, jazzy tones, which is such a great way to keep us immersed in the setting. In the interiors, the camera will subtly nudge our eye towards a mirror nearby, aptly using the mirror’s symbolism to convey ideas about identity and sense of self. Mirrors reflect reality, but at times, this reality is distorted, since we see what we want to see. There are these neat little mirror tricks, where we perceive something from Irene’s point of view, only to be a witness to the extent of the distortion moments later.

Hall does such an incredible job of slowing building tension within the film, incrementally escalating it all the way till the climax of the film. You will find yourself holding your breath, dying to see how it all ends. The mood and lighting of the film also gets darker as we work our way towards the conclusion, with the seasonal imagery of winter foreshadowing the bleak realities to come. The Christmas tree in the house marks the start of the festive season, yet the atmosphere is dark and oppressive.

How else could the film end but in confrontation? We knew from the second John mentioned his hatred for black people that things would build to the revelation of Clare’s true identity. As he charges towards her while she stands beside Irene near a balcony, things happen so quickly that we’re not quite sure what exactly unfolds. Did Irene wrap her hand around Clare to protect her or push her? Was Clare’s choice of position a means for her to end the façade once and for all, or was it just an unfortunate accident? Just as it was in Nella Larsen’s book, Hall keeps things ambiguous here, where we could argue it either way.

As the camera slowly pans out from the overwhelming despair and cascading snow, and the melancholic music envelopes the viewer, we lament the circumstances that led to these women envying each other to the point of poison, divided by contrived binary worlds that seek to trap and enslave, forever imprisoned by their desire to belong – never quite free.