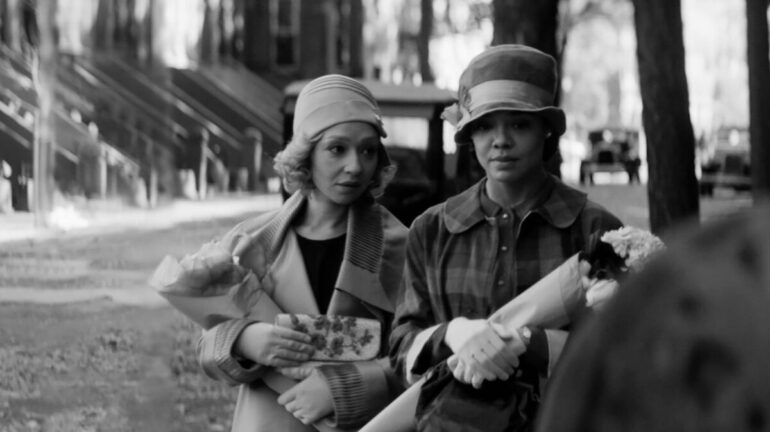 Passing is based on the 1929 novel of the same name by Nella Larsen – a notable figure of the Harlem Renaissance – and received considerable buzz even before its premiere at the 2021 Sundance Film Festival. It’s the debut feature of actress Rebecca Hall, who also wrote the screenplay, and boasts an impressive cast of stars that includes Tessa Thompson, Ruth Negga, André Holland, Alexander Skarsgård, and Bill Camp.

A roster of names like that is bound to draw attention no matter what the project is, but Hall’s film wisely avoids the sort of self-celebratory overindulgence that can occur from similar star-driven works and instead delivers a quiet and considerably melancholy film with an abundance of complex themes and ideas. Make no mistake though; the performances are phenomenal, particularly those of its two leading women, and they elevate the already prodigious script to create something truly exceptional and deeply thought-provoking.

Passing begins with a Black woman named Irene (Thompson) attempting to make her way into a lavish and upscale hotel for a good meal. It’s the Roaring Twenties, so the hotel and its restaurant are a whites-only space. Nevertheless, the light-skinned Irene is able to gain access, keeping her head down and her hat low in order to fool everyone into believing she’s white. This isn’t exactly a regular thing for her – it’s more like a bold act of treating herself – and her nervousness over being found out gives way to near panic when she notices that another woman has been staring at her from across the room.

To her relief, the woman is none other than a childhood friend named Clare (Negga). The two of them grew up together in Harlem, and are coincidentally pulling off the same scheme by passing for white women. But whereas Irene rarely ever dares to try something like this, Clare, with her pale complexion and bright blonde hair, has built her entire identity and livelihood around it. Nobody in Clare’s life knows that she’s actually Black, least of all her white husband, John (Skarsgård). This has granted her privileges and access to things normally only afforded to white people, but it’s clearly a precarious – and dangerous – position to be in.

This is especially true due to the fact John is a vile racist. Once Irene meets him, she’s disgusted to the point that she ignores Clare’s later attempts to see her again. She returns to her life in Harlem, telling herself that she’s satisfied. Despite living on the disenfranchised side of the color line, she’s decidedly happier and more free than Clare, a Black woman trapped in white society with truly no relief or escape. But that taste of her old life brings out a sort of desperation in Clare, and she arrives on Irene’s doorstep, eager to immerse herself back into an environment that’s affirming; where she can finally be herself.

From here, Passing reveals itself to be about far more than just race. As the seasons change from summer to winter and the two women continue to spend time together, the story touches on a wide variety of themes. These include class, sexism, sexuality, jealousy, exoticism, code switching that goes beyond merely race, and more, all intertwined into the idea that each of us live in meticulously constructed realities of our own making. As Irene says to her writer friend, Hugh (Bill Camp, ever the chameleon), “We’re all of us passing for something or other. Aren’t we?”

Gorgeously (and poignantly) shot in black-and-white by Edward Grau and featuring a jazzy yet sorrowful score by Devonté Hynes, Passing is a definite standout from Sundance, and it comes as no surprise that it was quickly picked up by Netflix. Hall, who herself is of mixed race but has mostly been seen (and cast) as a white woman, has delivered a quietly stunning debut that manages to deftly weave its way through a variety of dicey topics. It feels like all of her talent and technique that she’s acquired throughout her career has coalesced here, in an intelligent, layered, and confident artistic expression of identity. 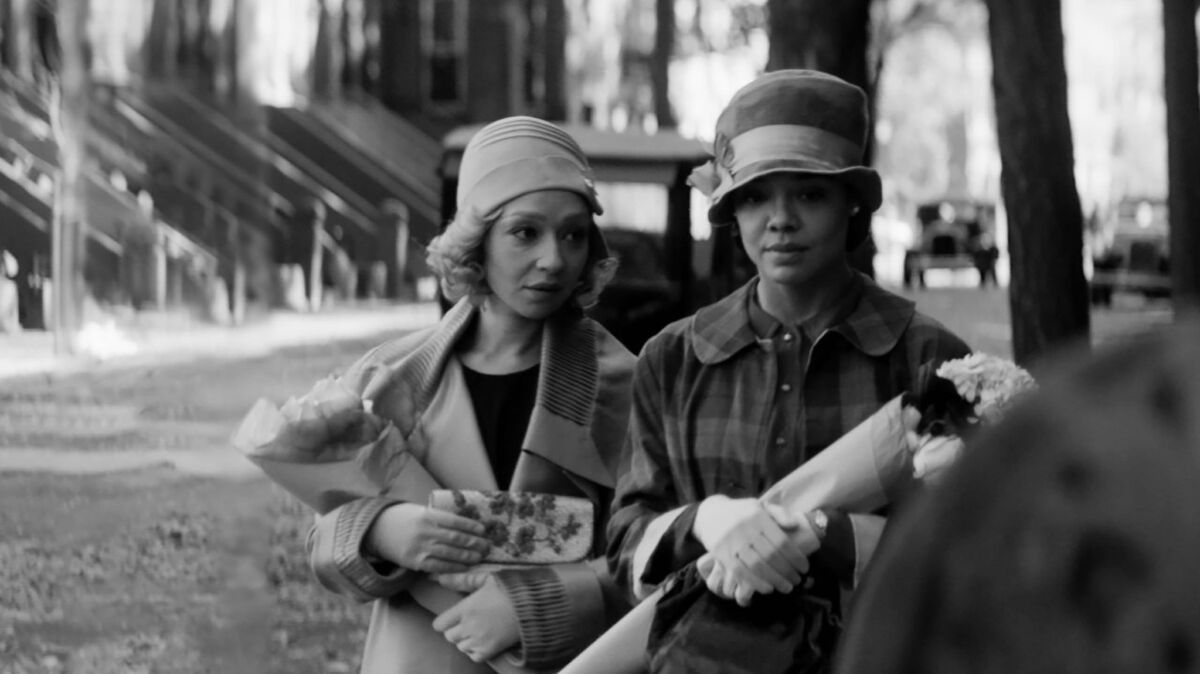 Verdict
Passing successfully juggles its many complex themes with pointed dialogue and amazing performances.
8
Cultured Vultures is a pop culture website established in 2013 covering all things gaming, movies, and more. We eat your words.
All The News On The Biggest Games