MEMORABLE MOMENTS: Lighting The Beacons In The Return of The King 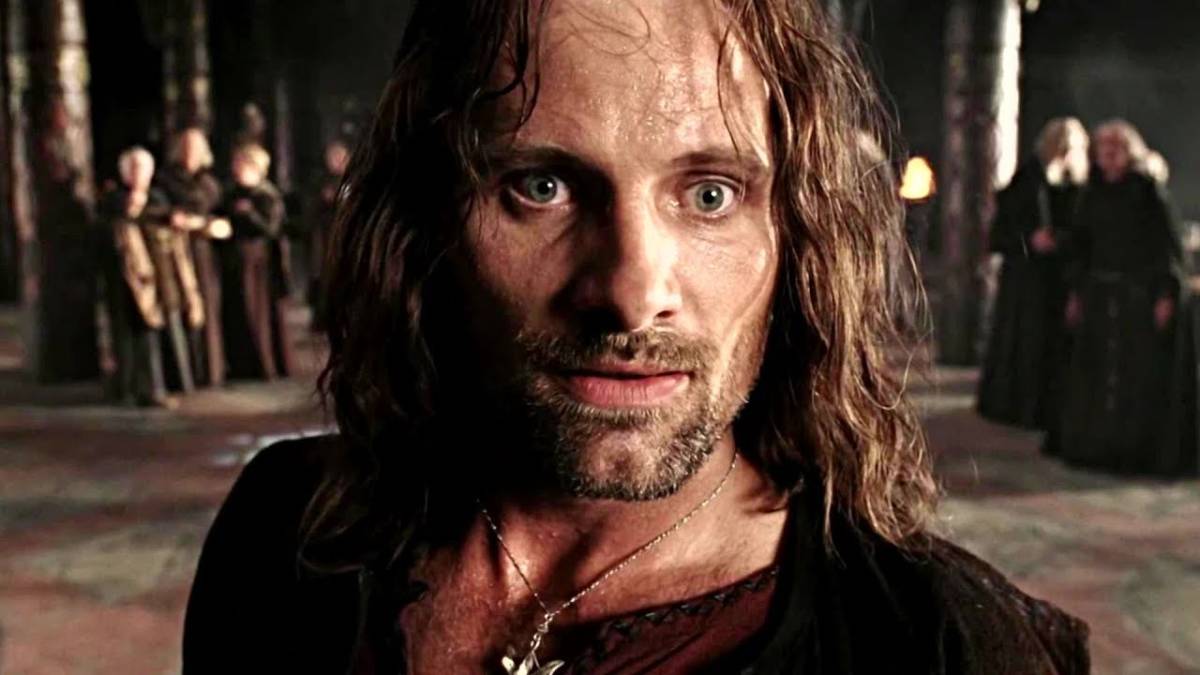 The Return of the King feels different to the other two films, and I am not completely sure why that is. Something in the story telling shifted as the focus came onto the fight for the whole of the Middle Earth, rather than the small or localised battles that have happened up until now (you can’t call Helm’s Deep small, after all!) I think because of this scope, and the fact there are even more story threads following even more characters, my last Middle Earth based ‘Memorable Moment’ has actually turned out to be the hardest one to narrow down, even more difficult than The Two Towers. I could have chosen any one of half a dozen scenes or lines, and they all would have been deserving of the title.

Gandalf’s ‘Death is only the beginning’ speech, reassuring Pippin of the beauty of the world beyond as they rest for a moment in the middle of an orc attack, is always a good one. Théoden’s speech at Pelennor Fields to the Riders of Rohan never fails to delight, the sight of thousands of horsemen lined up and ready to charge. Then there is Aragorn leading a final attack against Mordor, one he is certain they will lose, with the line ‘For Frodo’. Sam’s ‘I’ll carry you!’, when he and Frodo are at the end of their journey and almost can’t carry on. I’ve mentioned Aragorn’s ‘My friends, you bow to no one’ before, when the Hobbits have their Mulan moment, and the whole coronation crowd bows to them. You could even argue for the final scenes, when Frodo and Bilbo board the ship to the Grey Havens for their last journey. What I’m saying is, there are a lot of winners.

In the end, I decided to pick a moment that was more personal to me, but it is without a doubt the thing that stuck in my mind ever since I saw this film aged 11. It thrilled me then and it still does now, all these years later. I’m talking about the lighting of the beacons; when Gandalf and Pippin light the first pyre in Gondor, calling for help because Denethor the steward refuses to, and for a spectacular minute and a half, we follow the fire as one beacon after another is lit, all the way to Rohan, and Théoden agrees to answer the call.

The beacons follow a path through the mountains, from gentle hills to snow-capped peaks and back again, and it is quite simply, spectacular. New Zealand is, in many ways, the real star of the Lord of the Rings movies, and I don’t think it has any finer moment on the screen than this one. Who knew, apart from New Zealanders themselves, that the little unassuming country was so beautiful and so diverse that it could reasonably double as a fantastical other world? Not many people, I’d guess, before they sat down to watch these movies. Peter Jackson and his crew really love their country (again, I cannot emphasise how great the DVD extras are), and do their very best to showcase it well, and in no other scene did they do such a great job as in this one.

I know from a filmmaking perspective that this is kind of a nerdy moment to have chosen, but I stand by it. Of all the scenes I have discussed in all three of these articles, this is the one that I have the clearest memory of watching for the first time. As the fire spreads and the music swells, the camera swooping over mountains and the tiny figures of men rushing to light their beacon– it really is something special.

In a story-telling way, the scene also means something too. In my The Two Towers article, I talked a lot about hope, and how Sam’s speech is about inspiring hope when there doesn’t seem to be any. I don’t think you can talk too much about hope, however, when it comes to JRR Tolkien. His story, and therefore these films, are all about it. How holding onto hope is the only thing that good people can do when it seems like there is no way forwards. How the hope of the littlest and most seemingly insignificant person can change everything.

This scene too, in a way that could almost be a bit clichéd, is about hope. Rohan has been saved, and so it is the turn of Gondor, even if Gandalf has to help it along a little bit. The world of men needs to reconcile if Middle Earth is going to have any hope of defeating Sauron, and what better way to show that from a film making perspective than to light a literal fire that spreads from one city to another?

It is also, crucially, a scene about asking for help. Tolkien’s stories are full of moments when the hero realises that they won’t be able to do it alone, however much it might irritate them that they have to ask for help. It even happens before in these movies, like when Frodo accepts that Sam is coming with him, even though he doesn’t want him to. When Boromir relents and calls Aragorn his king. When Merry and Pippin beg Treebeard and the Ents to tackle Saruman and Isengard. Asking for help is a humbling moment, which is why Denethor refuses to do it, but one that is crucial to all of Tolkien’s best heroes, and the thing that often turns the tide for them.

Speaking of turning the tide, it is no mistake that Aragorn is the one who sees the last beacon lit and takes the news to Théoden – ‘Gondor calls for aid!’ Aragorn is the leader who will unite the two cities, in the end, and at this point I think everyone knows it is coming. Théoden takes a long time to come to his decision, and everyone is watching him with baited breath, just like we as viewers are doing too. His triumphant ‘And Rohan will answer’ seals the deal for us; we know now how this is going to go down, and we are buckling up for the last ride. The beacons have shown the way forwards, and it is going to be epic.