We Don’t Need A KOTOR Remake 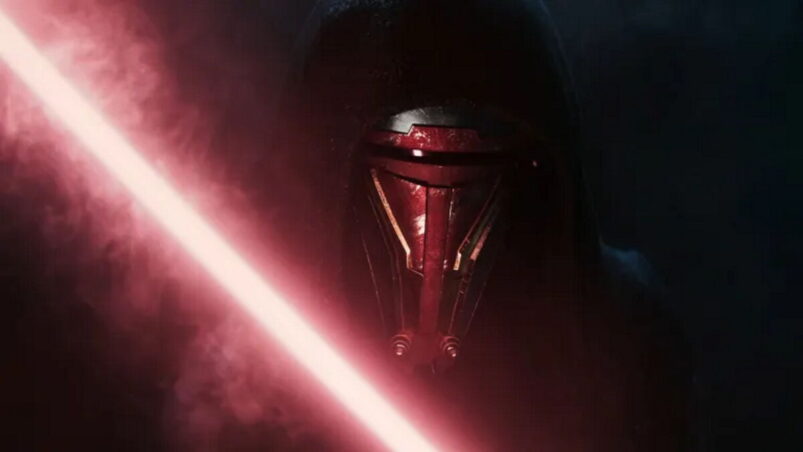 Star Wars: Knights of the Old Republic has a legendary status among both RPG fans and Star Wars fans. Released in 2003 to overwhelmingly positive critical reception, it took gamers on a journey through a diverse range of worlds and created some of the saga’s most memorable characters. It also cemented BioWare’s reputation as a titan of storytelling in the gaming industry.

As someone who was late to the party, I was blown away when I finally booted up the holy grail of Star Wars games, 13 years after its release. As a Star Wars fan, I loved getting to explore planets that were already familiar to me, as well as some that didn’t exist until KOTOR. And as a gamer, I was impressed at the quality when compared to other games of the era.

Coming up on the 20th anniversary of KOTOR, you can play the game on nearly any console and there are a staggering number of mods the community has developed for it. You can change combat, loot, dialogue, classes, characters, HD textures — quite nearly anything that would make KOTOR a better experience for your taste is doable.

So why do we need to tempt fate with a remake?

The quality of the product itself paired with nostalgia is a potent combo, and the potential for a remake to muck it up is colossal. “Remake” is the key word here: it’s more than just a remaster, but calling something a “remake” leaves a lot of latitude for changes from the original, changes that the public likely won’t know about until the development cycle is already far along.

That ties into the question of who will develop it now. Until earlier this year, that landed on Aspyr, an Austin-based studio that’s primarily known for doing ports and remasters. However, the KOTOR remake has been delayed indefinitely since July of 2022, and as of August the project was transferred to Saber Interactive, another studio within the Embracer Group (which Aspyr also belongs to).

Giving the keys for a full-fledged remake of a landmark RPG and Star Wars title to a studio that focuses on ports (and buggy ones, at that) wasn’t a great idea. Who could have known?

Saber Interactive is known for titles like Timeshift, Vampyr, and The Master Chief Collection, in conjunction with 343 Industries. That’s a slightly more robust resume than Aspyr has, but it still doesn’t inspire confidence.

Their most notable productions have been collaborations with larger studios, and their first-party titles have been average ventures at best. World War Z and Evil Dead: The Game both sit in the low 70s on Metacritic, and games like SnowRunner and Road Redemption aren’t exactly the pinnacle of storytelling. The story for KOTOR is already mapped out, assuming they don’t make any major changes, but it remains to be seen if Saber can handle a narrative of this caliber.

Regardless of who ends up taking the reins in the end, any studio working on a KOTOR remake has to contend with the passage of time. This means not just preserving the original feel of the game, but being shrewd about what mechanics and design choices should remain or be changed.

The d20 feel was essential to KOTOR and KOTOR 2, and the ability to tactically pause and think through your real-time actions is essential for anything based on a tabletop system. So if KOTOR shifted to a more action-based system, like Final Fantasy has done since FF12, would it retain the same feeling ? My gut says “no,” but given the success of recent titles like FF15, Xenoblade Chronicles 3, and Tales of Arise, it’d be shocking if the developers didn’t at least consider an action slant.

A core mechanic that would benefit from an overhaul is the light side/dark side morality system. It makes a certain degree of sense in the abstract — light side for “good” characters, dark side for “bad” — but such a binary system cripples the narrative potential of a story.

Gray area in stories isn’t just neutrality, though it’s often presented as such in games — memorable stories and characters traverse moral ambiguity, make mistakes, and should be open to the influence of their environments.

KOTOR got part of it right, at least in terms of how your actions impact your party members and how they’ll respond to you. But it’s easy to break the immersion when you look at dialogue options and say, “okay, here’s what I want to say, but I need +4 good guy points to get the new ability I want.”

The lack of any meaningful consequences from going extremely good or bad waters down the party dynamics too, as party members never leave or start working against you. They’ll just give you an earful for being such a Sith-y tosser or a goody-two-shoes, whichever direction you lean in.

Games that employ this kind of continuum often lock the best gear and abilities behind max morality in either direction. Not only does it discourage players from actually roleplaying and making a range of decisions, it can put you at a combat disadvantage, particularly in the late game when the fights get nasty.

There’s a big difference between being my character and considering how my actions affect the world around me and being myself as the player, constantly tabbing over to my morality score to see how that last conversation affected my rating in the polls.

It’s important, however, to acknowledge the one huge pro to a KOTOR remake.

From a lore perspective, Revan was a monolithic presence in the Expanded Universe, and KOTOR’s story as a whole was full of emotion, impact, and nuanced characters. A remake would be the chance to establish KOTOR as canon again, resurrecting a fan favorite story and bringing some much needed stability to a franchise that’s struggling to find its direction.

(Plus, restarting Revan’s canon could un-bugger all that weirdness with his arc in The Old Republic MMO.)

But while experiencing KOTOR remade with modern graphical glory, smoothed out gameplay, and updated features, it prompts the question: “Why not just make KOTOR 3?”

If a studio is willing to devote the time and resources to a full remake, especially one that would do justice to the fanbase, they’d do just as well to focus on a dedicated sequel. Making KOTOR 3 would give devs a totally open sandbox and avoid playing with fire by dropping the ball on a KOTOR remake.

But knowing how rabid the Star Wars fanbase can be, it’s easy to imagine this being a “damned if you do, damned if you don’t” scenario. There are people who will commit to being unhappy and loud about it no matter what happens, whether it ends up being a remake, remaster, a new sequel, or getting canceled permanently.

Considering the development issues that have already presented themselves, how wishy-washy stakeholders have been on Star Wars projects the last few years, and KOTOR’s status as the most revered Star Wars game of all time, it’s better left to retain its place in history.

There’s nothing to stop people from still enjoying it today, and we can embrace its impact and legacy without forcing a remake that stands more chance of crashing spectacularly into the surface of Taris than it does succeeding.

Now if you’ll excuse me, I’m off to teach Calo Nord some manners (and totally not get my face blasted off).

READ NEXT: The Best Geeky Gifts