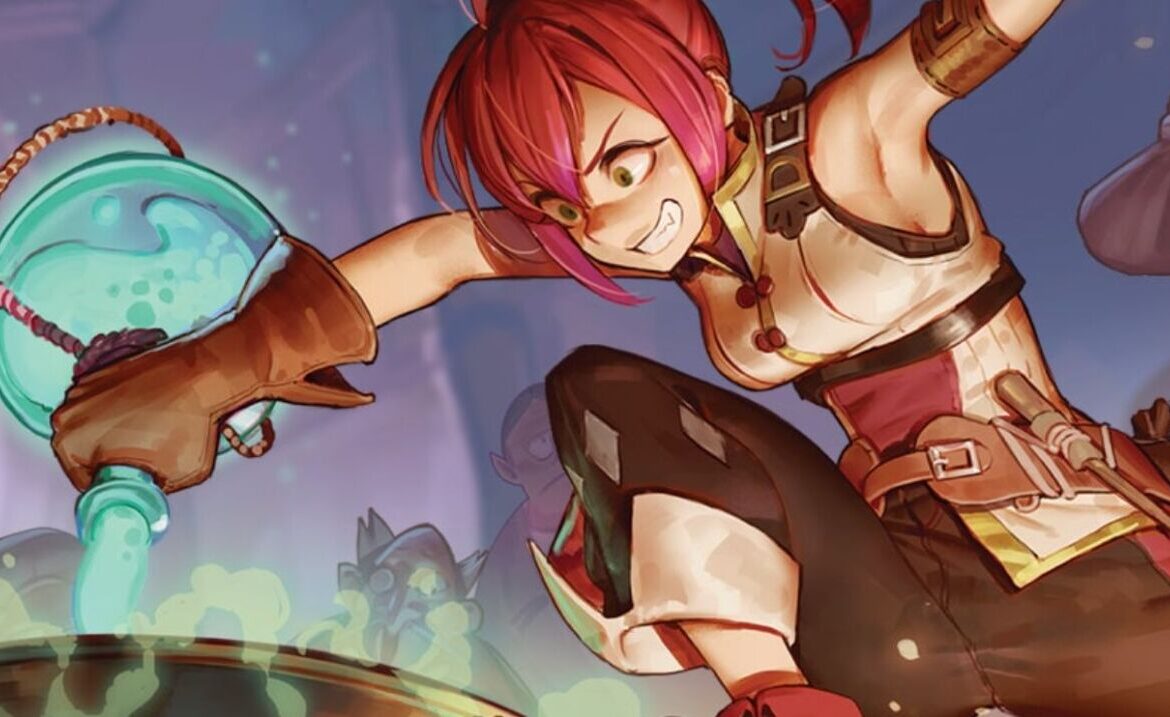 Boy, there sure are a lot of games coming out these days. Even outside of major AAA releases and new installments in old franchises, the constant tide of new releases stops for no one. So we’ve taken some time to dig a little deeper and find some indie games from October 2022 deserving your time and attention. From murder mysteries to managing a magics store to being a lonesome cowboy out on the range, we’ve got it all in these recent five indie treasures.

As it is spooky season, FAITH: The Unholy Trinity is here to supply some indie scares. Taking visual styles from the hyper-simple 8-bit era, Faith exemplifies a less-is-more design approach. The simplified visuals give way to disarmingly-nuanced cutscenes and jumpscares, pushing players’ minds into all sorts of dark corners.

FAITH puts players in the shoes of a rogue exorcist. “What you are about to do,” FAITH tells us, “has not been approved by the Vatican.” Your efforts to cleanse evil objects and exorcize sinister spirits will see you battling all manner of paranormal threats, all rendered in beautiful and glorious pixel art. Your options may seem rudimentary at first, but this mechanical simplicity leads to a sense of encroaching dread and powerlessness. As the ghoulies pile up, what can you do to stop them? Can you even hope to survive?

The perfect game for a dark and stormy night, FAITH: The Unholy Trinity proves the power of fundamentals in horror and in game design.

If you want all the thrills of a wild west adventure but in a tight few minutes, the easy breezy Card Cowboy just might be your huckleberry.  As a young cowpoke, you’re on a mission of vengeance against the man who killed your dad, wooed your mom, and kicked your dog. If that isn’t grounds for vengeance, nothing is.

The “Card” half of Card Cowboy holds a surprising amount of depth. You begin your quest with three cards: a horse, a lasso, and some whiskey. As you move through the map in pursuit of revenge, you’ll happen upon random events like public hangings, poker games, and traveling merchants. These scenes will ask you to use your cards to resolve situations – drink your whiskey to get some extra courage at the poker game, or use your horse to save the condemned man at the hanging, for example. These situations can net you new cards or change your existing ones, like paying to turn your horse into a Thoroughbred, expanding your options.

The campaign in Card Cowboy is very short (with an achievement for finishing it in 3 minutes), but the sheer volume of choices and the widely varied ways situations can play out makes repeat play-throughs a must. What if you use the diarrhoea card at the hanging? What if you try to sell this dead body you found? The possibilities feel as varied as the wide-open plains.

In an alternate future where the Cold War brought humanity into space (cool) and the earth has been destroyed (less cool), roving scavengers pick through old space stations and derelict ships for valuable loot and weapons. Marauders lets you and your friends live out your space piracy dreams, with a deep reserve of weaponry and armor to best kit you out.

What sets Marauders apart from other team-based shooters is the density of its maps. Each new battleground often features multiple floors, adding an element of verticality to every delve. Enemy players can be anywhere, below or above you, or just hiding in the room you’re already in. When bullets start flying, the bodies often drop very quickly, so being intentional and knowing when to run the heck away is the key to victory.

Marauders’ unique aesthetic, unsettling atmosphere, and razor-width tension makes every round a nail-biting affair. The loop of scoring riches, losing them all in the next match, and clawing your way back to success is a total grand slam that’ll have you ready to take up the space pirate’s life.

4. The Case of the Golden Idol

Fans of brain teasers and murder mysteries will fall in love with The Case of the Golden Idol, one of the standout titles from Steam’s most recent Next Fest event. Players will get the full detective experience as they are dropped into various murder scenes and tasked with identifying everyone involved and assembling a timeline of events.

Playing The Case of the Golden Idol involves navigating a series of tableaux, full of people and objects to observe up close. However, easy answers are rare and players will often have to use their noggins to conjecture people’s names, jobs, or relationships to one-another.  You might see two farmhouse workers and not know their last names, until you remember the crudely-drawn portrait in another room with a signature underneath it. These moments of inspiration, when random bits of evidence connect, are always a delight.

Cracking each murder in The Case of The Golden Idol feels like a genuine accomplishment, because it is one. There are no shortcuts or replacements for good ol’ logical thinking here. An overarching conspiracy lurks behind each new murder, making for a great, tense, thrilling bit of mystery fiction.

If you want a dating sim, a store simulator, or a deckbuilder, you can scratch all three of these itches at once in Potionomics.

As the new owner of your uncle’s potion shop (and the recipient of his significant debt), you’ll be tossed into the deep end of a magical business. That involves gathering new materials, mixing up new potions, haggling with customers and other sellers (using negotiation cards to wear them down), and battling it out with monsters and competing in magic tournaments.

There’s also a colourful cast of supporting characters, with deep relationships you can develop through play. The various means of time management and store management can make your head spin, but the experience is so engrossing and fulfilling that you won’t mind having to bust out a planner to sketch out a full week of in-game activities.. All of the systems are expertly balanced, and the cartoony visual style is full of personality and warmth, making this potion store your new favourite hangout.