Ranking the Ace Attorney Games From Worst To Best 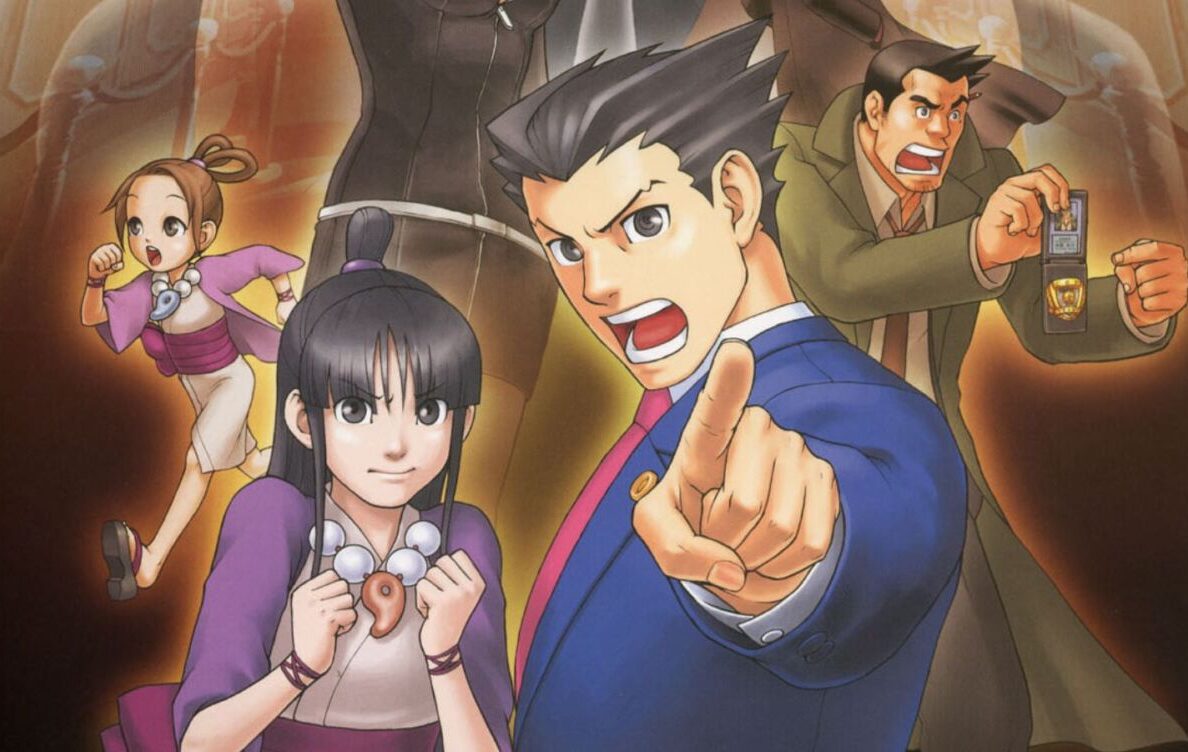 One of the most beloved visual novel franchises of all time, Capcom’s Ace Attorney series has been a cultural sensation for over 20 years and continues to surprise fans with each new installment. Ranking the Ace Attorney games is an intimidating task and the list is sure to be different for every fan of the series. Each Ace Attorney title brings something unique to the franchise that makes it stand out, but that also sets it apart for players to either love or hate.

However, there are a few things the series has come to be known for and that keep us coming back for more: top-notch dialogue writing, legendary soundtracks, and plot twists that you never see coming. Whether you’re rocking the courtroom as Phoenix Wright or one of the other awesome attorneys, you’re guaranteed to have just the right balance of serious and silly if you’re playing an Ace Attorney game.

So, if there are no more objections, here’s our list of the Ace Attorney games, ranked from worst to best.

As the title suggests, investigation-type gameplay was first introduced in Ace Attorney Investigations: Miles Edgeworth and marked a huge, polarizing change from the first four games. The fact that Edgeworth uses investigation at the crime scenes as well as logic and interrogation really makes it engaging and exciting to play as him, especially for fans of detective games in general. This installment also boasts a particularly fantastic soundtrack.

But don’t let that fool you, this game deserves the bottom rank on the Ace Attorney franchise ranking because the cases are so uninspired and the overarching plot is flat-out boring. It’s the first game in the franchise to have five full cases and it definitely seems like too much. One case in particular drags on and on for what seems like forever until culminating in an ending that we all saw coming anyway.

In the scheme of crossover games, Professor Layton vs. Phoenix Wright was decidedly mediocre, especially for two franchises that had been around long enough to build up two solid fan bases. Expectations were never really met from either side when it came to playing as Professor Layton or Phoenix Wright. For instance, the puzzles were noticeably less challenging than a typical Layton game and the courtroom sequences were vastly different from a typical Ace Attorney game.

Overall, it did seem to be more true to Professor Layton and less so to Phoenix Wright. So while this may be a decent recommendation for Professor Layton fans, it’s somewhat of a disappointment to Ace Attorney fans due to less satisfying “Objection!” moments and a lack of interesting witnesses.

The most recent game in the main series, Spirit of Justice, has the spirit of the four previous games, but it didn’t quite live up to fans’ expectations. The writing is excellent as always and the Himalayan-esque setting is a refreshing change, but some parts were divisive, including the new divination seance gameplay mechanic introduced in Spirit of Justice. It also dove into the depressing background story of Apollo Justice, which worked for some players but not so much for others.

The game’s cases seem disjointed to a degree, like they weren’t meant to go together, and the overall plot isn’t without its holes. Spirit of Justice ignores the narrative points developed in the previous games to the point where appearances by main characters like Miles Edgeworth or Maya Fey seem kind of fan-servicey.

Apollo Justice: Ace Attorney came with a cool new bracelet mechanic that allows you to notice very slight nervous twitches or reactions in a witness’ body language that can signal dishonesty. The overarching story is stellar and the new characters are engaging, as well as the interesting complexities that have been built up with the existing characters. This did create some unbalance though because the puzzles aren’t particularly clever and the individual cases are forgettable.

In an interesting departure from the previous games, Chronicles features a historical setting in both Meiji-era Japan and Victorian England. Rookie attorney Ryunosuke is actually an ancestor of Phoenix Wright and he investigates murder mysteries on an international scale.

What makes Chronicles stand out is the depths that it’s not afraid to go to, both visually and narratively. There’s just so much to look at in this game that when you investigate a scene that it seems to come to life like never before. The characters are complex and relatable, and they find themselves in dramatic, often emotional situations that contrast with some of the silliness Ace Attorney is known for.

As a sequel to the first game in the franchise, Justice for All is a worthy follow-up, but at the same time it simply continued the series rather than doing anything groundbreaking or pushing the envelope. The only brand-new gameplay mechanic was the addition of the psyche-lock feature which allowed the player to unlock mental barriers while interrogating a witness, making secret information available only if you’re able to break down their series of excuses and lies.

The suspicious disappearance of Miles Edgeworth set the game up for a riveting story and it picks up right where the first left off in terms of crazy characters and unexpected plot twists. In true Ace Attorney fashion, Justice for All’s dialogue can be laugh-out-loud funny at times and overall it’s four cases of pure fun with characters that we’d already grown to love in the first game.

At the time of its release, Dual Destinies was a near masterpiece on the Nintendo 3DS. It used the 3D features flawlessly and incorporated fully-animated cutscenes, which really helped bring the courtroom and crime scenes to life. Overall, it represented a huge turning point in the franchise by introducing elements that we’d never be able to part with, which secures it a top spot in the Ace Attorney franchise ranking, among the original trilogy games.

Getting to play as Phoenix, Athena, and Apollo throughout the game makes for a varied experience where you get a new feel for the game and its cases through different abilities. Dual Destinies introduced the mood matrix gameplay mechanic which lets you see inconsistencies between a witness’ testimony and the way they feel about it while speaking. The addition of the mood matrix was a bit polarizing among fans of the series, with some loving this new gameplay mechanic and others not so much.

The game that started it all, Phoenix Wright: Ace Attorney holds its own even 21 years later thanks to an amazing overarching story and ingenious puzzles. This game takes the number two spot on the Ace Attorney ranking because it provides a thrilling introduction to a great series that we’ll never forget no matter how many games come after.

In general, Phoenix Wright: Ace Attorney is full of interesting cases that have creative yet still plausible solutions. Later in the series, things tend to fluctuate between predictable and far-fetched, but this installment is a perfect balance on the case-solving front and has no rival.

With arguably the best soundtrack in the series and one of the strongest finishes to the main case in the franchise, it’s easy to see that it’s not only nostalgia that keeps us coming back to the first game.

Getting to play as not only Phoenix but also as Mia this time around was a game-changer in the Ace Attorney franchise, and we never saw them the same way after playing through their backstories. Godot is among the coolest video game villains ever, with a powerful, jazzy theme song that plays anytime he enters the scene and a romantic relationship with coffee that many of us can understand.

Trials and Tribulations managed to effectively and emotionally wrap up every plot point that had been created within the first two games, bringing the franchise’s original trilogy together in an unforgettable finale.

READ NEXT: Ranking the Dead Space Games From Worst to Best