Ranking the Dead Space Games From Worst to Best

We've even left space for your rankings below. 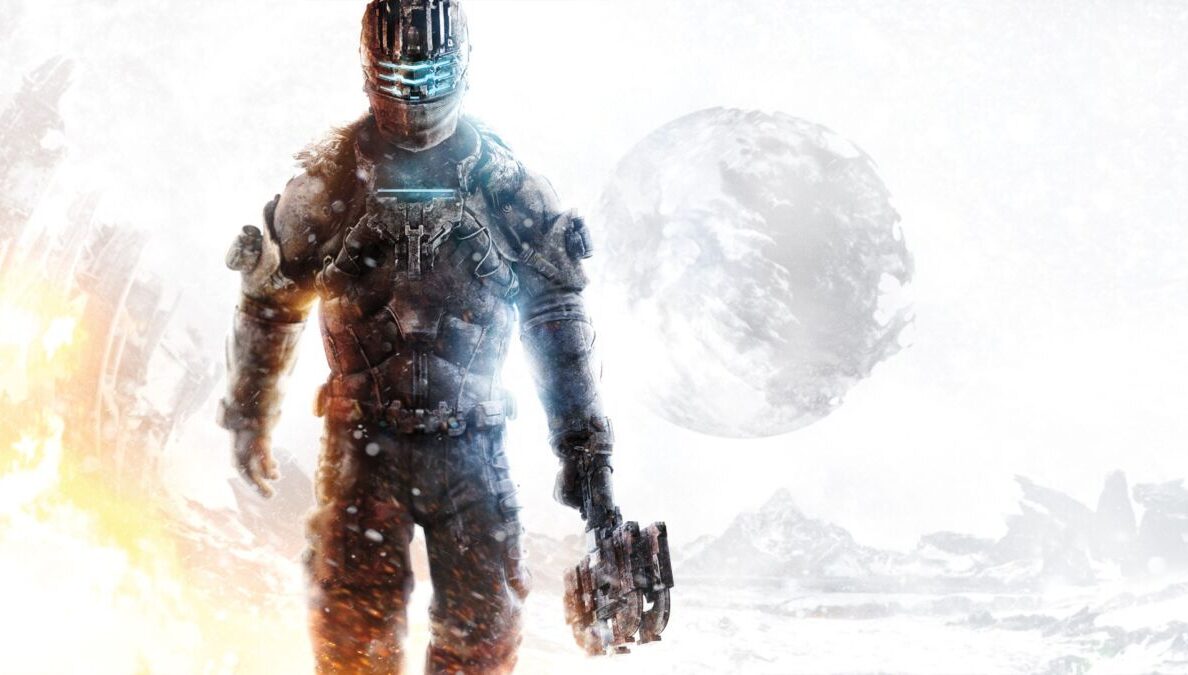 Survival horror games have seen a significant decline in AAA releases, but there was once a time when even EA was participating in the genre. Dead Space took the gaming world by storm, and it became known for its impact on the survival horror genre, but as it turns out, the series is a lot more varied than that.

There are five entries in the series, and they all arguably have their own style to them that make them fairly distinguishable from one another, for better or worse. The majority of the games aren’t even focused on Isaac slowly manoeuvring cramped hallways, scrambling to find ammo in the dark before a zombie with a sword for a hand finds him.

That’s not necessarily a bad thing either, and all of the entries stay consistent to the lore of the Dead Space universe, which at the end of the day turns out to be the franchise’s biggest overall strength. Now sync your RIG and follow us along as we discuss our ranking of the Dead Space games from worst to best.

A prequel spin-off that was released to get everyone excited about Dead Space 2, Ignition changes the formula with a puzzle minigame focus. There are three main minigames that make up the core gameplay but are fairly disappointing overall with things like a tower defence game, a redirectional mirror puzzle, and a race to the finish with lasers, all of which can become tedious very quickly.

These minigames are what the player does to progress the story, but the real draw of the game is seeing what happened on the Sprawl before the events of Dead Space 2. The scenes are told through a comic book-esque visual style with animation that is reminiscent of Adobe Flash’s heyday.

The actual story is fairly enjoyable and even gives the player some choice in the decisions they make. And, back in the day, when the player beat the game, a unique suit called the Hacker Suit was unlocked for Dead Space 2. This was the main reason to play this free downloadable title besides getting an early teaser at the events about to transpire to Isaac. Otherwise, there wasn’t much substance here.

The surprise Wii version of the series actually did more than just try to port the original Dead Space game over to the underpowered Nintendo console. Developers EA Redwood Shores knew that a game taking place in the Dead Space universe needed to be designed for the Wii from the ground up, so they made a prequel on-rails shooter.

The combat worked well enough for the motion control-focused platform, and many of the Dead Space combat mechanics transfer over nicely. The developers even managed to include Isaac’s signature abilities: stasis and kinesis. Going to the Ishimura before Isaac arrives is a little chilling, and the necromorphs are as scary as ever, especially since you know how bad things get.

The game even plays through multiple perspectives allowing anyone to die. It’s like Game of Thrones without the political witch hunts. In retrospect, it’s nice to have this change in gameplay for this version, but it’s a good thing it was only a one-off deal. The lack of challenge can really put a downer on the perception of the necromorphs during playtime as they begin to become less menacing as they’re taken out so easily, even on the hardest difficulty.

Dead Space was riding a high going into the third installment, but EA said the series had to sell 5 million copies in order for it to continue. However, at the same time, EA was implementing pretty big changes to the formula. The horror elements were, for all intents and purposes, completely removed, and action co-op was the big focus this time around.

Weapons all took the same ammo type, crafted weapons could be very overpowered, and dozens of necromorphs could be sent at the player at once. These elements made the game feel like a slog at worst and Gears of War in space at best. However, the snow effects offered some very interesting encounters with enemies and gave off serious The Thing vibes. The story continues off from Dead Space 2 in a satisfactory way, but the ending leaves off on a cliffhanger that will probably never be addressed.

Dead Space 3 was focused on players having space action fun with their friends and not necessarily giving them the experience that drew them into the series in the first place. The game continues to have some pretty ridiculous bugs to this day, like people’s limbs missing in cutscenes and frequent crashes. There are some really great elements here, but they suffer from the lack of cohesion that made other entries feel more realized.

The follow-up to one of the best sci-fi horror games of all time continued the story with a larger focus on action set-pieces while retaining some of the horror elements that made the original so successful. Isaac must wander the Sprawl, an orbiting space station, and discover the reason why the necromorphs are still causing havoc and find out just how deep the Unitology cult runs. The game doesn’t tease the necromorph horde this time, but instead sends Isaac straight into the fire.

There is even a larger focus on Isaac’s abilities as an engineer, and his character is fleshed out considerably with the addition of Gunner Wright as his voice actor. The set pieces can be great fun, but it’s when the game slows down again you remember why this series is so good. For instance, the first time that you run into the Stalkers as they hide behind shipping containers, they call to one another like the raptors in Jurassic Park. It can feel like the necromorphs are actually hunting you down.

There is even a short return to the Ishimura, which gives returning players a sense of deja vu (in the best way possible). Many of the locations look more visually interesting in Dead Space 2 compared to the original, from the Unitology church and the daycare to the government sector. Plus, I’ll never look at a child’s mobile the same way ever again.

Dead Space is arguably the best horror game of the 7th generation of consoles and definitely in the running for top horror games of all time. It left such a positive impact in players’ minds that they’re already remaking it not even a decade and a half later. The game’s focus on dismemberment rather than headshots added a more dynamic gameplay element that made for more intense combat scenarios. This, combined with the unique sci-fi abilities like stasis and kinesis, gave players various ways to try to stay alive on the Ishimura while remaining challenging.

The enemies are varied enough that you never grow too tired of fighting the same variants, which is something rare in a new horror IP. The locations that Isaac visits are also some of the most memorable, despite all taking place on a single mining ship. From the medical wing to the bridge to hydroponics, the areas of the ship are unique enough and have interesting story beats that they keep the locations in the back of the player’s mind, even after they have long escaped the bloody halls of the ship.

Isaac’s descent into the deepest parts of the USG Ishimura reached into the darkest parts of our minds. The frightening nature of the crew reanimating as necromorphs, the mystery of the downfall of the Ishimura, and the perfect sound design helped to make Dead Space a game that continues to resonate all these years later.