Ranking The Dead Rising Games From Worst To Best 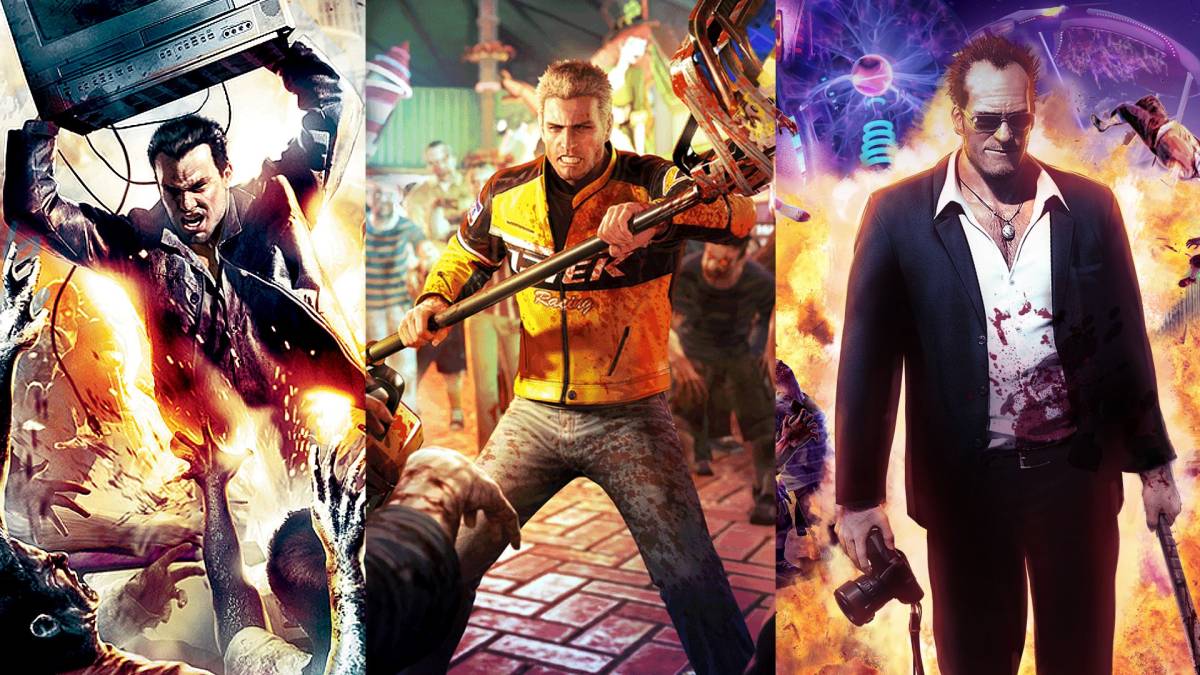 You’ve likely seen the memes before: “When the zombie apocalypse comes, everyone will run and hide. Except gamers, we’ve been waiting for this our entire lives.” It’s cringeworthy nonsense, but if you genuinely believe it, Dead Rising is here to make the case that you wouldn’t survive. Unless you’ve got brilliant DIY skills or you’re a photojournalist, you’re going to be food. However, which of Dead Rising’s many simulations of zombie armageddon is the best?

Aside from Chop Til You Drop, an ill-received Wii demake of the first game, we’re ranking the Dead Rising games and ordering them from worst to best. If you’re a newcomer to the series, this list should give you an indication of where to focus your efforts, and which awful games to avoid. 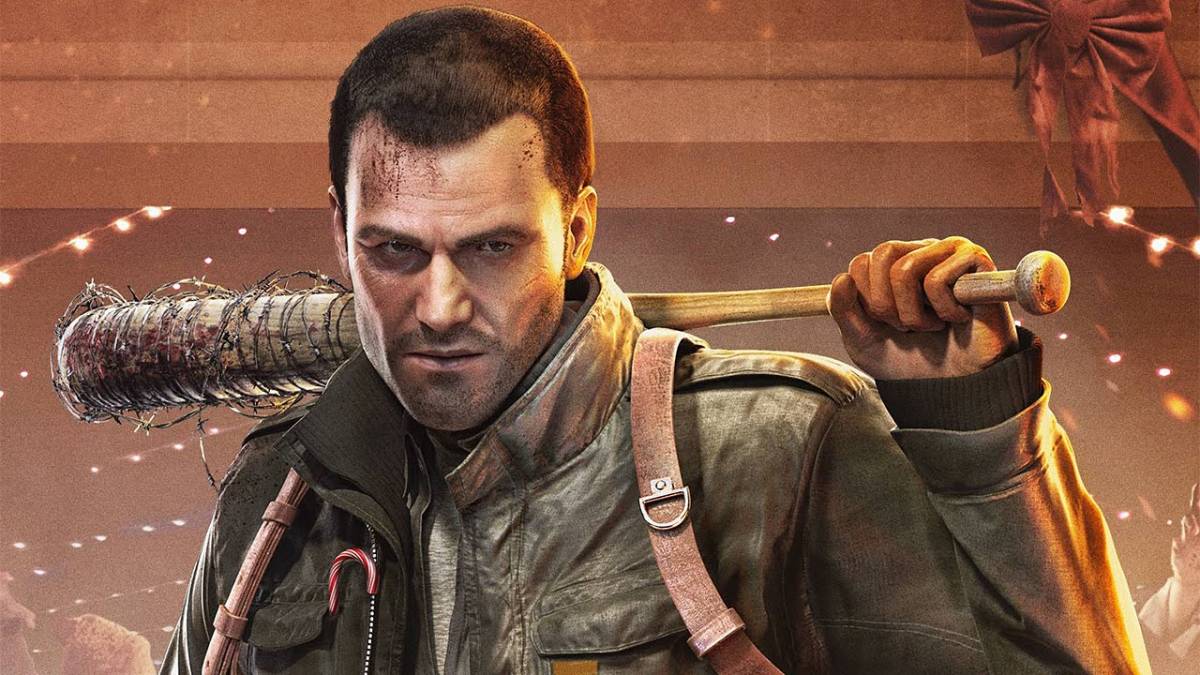 Ooh, boy. The real stinker of the franchise, Dead Rising 4’s crime was that it didn’t understand what being a Dead Rising game meant.

Before launch, the developers spoke about how this new game is going back to what made the game’s fun in the past. They wanted to go back to the roots of the series in order to celebrate Dead Rising’s 10th anniversary, but the end result removed key features from the formula while amplifying the destruction to basically create zombie Dynasty Warriors.

Going back to both Willamette and playing as Frank West, you’re dealing with a new zombie outbreak that’s possibly more dangerous than all the others. However, the time limit feature, a core part of the series, was removed, along with aspects like escorting survivors, psychopaths and just the general difficulty. It’s not uncommon for players to complete the game without dying on their first playthrough, which is just a weird feeling for a Dead Rising game, making it the de facto worst game in the entire series.

Looking back, it makes sense why Case Zero deserves to be low on this list. It’s not like it’s bad, far from it in fact. Using the Dead Rising 2 engine as a base is always a good start, as the series peaked in that format, but when compared to other standalone entries in the series, Case Zero just feels barebones. Sure, that’s by design, but it means that Case Zero is a throwaway entry in the series rather than a genuine title worth seeking out.

A prologue to the events of Dead Rising 2, you control Chuck Greene as he and his daughter attempt to escape a zombie outbreak in Las Vegas. Unfortunately, the zombies have spread to the neighbouring town of Still Creek, and Chuck’s got 12 hours to figure out an exit strategy before the army comes in to clear the entire town out.

Effectively, Case Zero was a demo to Dead Rising 2 proper, with progress carrying over to the main game upon completion. It was a decent teaser, but appetisers aren’t enough to sustain you long term.

One of the killer apps for the Xbox One at launch, though that isn’t saying too much given the state of the console’s launch line-up, Dead Rising 3 was, if nothing else, a great technical showcase for what Microsoft’s latest console could do.

The amount of zombies on screen, and the level of detail/lighting that were utilised within Dead Rising 3, were some of the best seen in gaming at the time. Shame the rest of the game wasn’t up to the same standard as previous entries, then.

Like Case Zero before it, Dead Rising 3’s issue isn’t that it’s a bad game. The gameplay builds on what was established in Dead Rising 2, allowing you to craft combo weapons on the fly, while the increased carnage was pleasing for a while.

Unfortunately, protagonist Nick doesn’t have the same charisma as Frank or Chuck, and the story somewhat suffers for it. There’s no real memorable moments, and that’s a shame. Dead Rising 3 is a good entry, but it could have been better.

Considering that Dead Rising 2 contained a prologue in the form of Case Zero, it made sense that Blue Castle Games, who would become Capcom Vancouver, would decide to crank out an epilogue in the form of Case West, changing the canon ending of the main game. Looking back, making a true ending into its own purchase isn’t a great look, but at least it was a standalone offering and was more feature complete than Case Zero.

Taking place directly after the events of Dead Rising 2, the game sees Chuck Greene collaborate with original protagonist Frank West as they infiltrate a secret facility with the hopes of clearing Chuck’s name.

The release includes full co-op play, the reintroduction of photography as a gameplay mechanic, though Case West also offered a glimpse into what the best game in the series would become. We’ll get to that. While Case West is also a brief excursion in comparison to other games on this list, the banter between Frank and Chuck carries the game forward, making it feel more special as a result. It’s just nice to see two good lads working together, honestly.

It’s perhaps controversial to put the original Dead Rising in third place, but that’s by no means a knock on this classic Capcom game.

Going back to play Dead Rising today is still incredibly enjoyable, with the overall environment feeling like a zombie killing playground littered with secrets. Getting those old synapses firing again to remember details like the katana hiding on an awning in Paradise Plaza is a wonderful feeling. The only issue is that it’s dated.

Playing as freelance photojournalist Frank West, you’ve infiltrated the town of Willamette, Colorado as the military have cordoned off the entire region. Once inside, you find that zombies are running roughshod over American suburbia, with both survivor and undead all congregating at the town’s mall, so it’s up to you to get to the bottom of what’s going on and unleash the truth. Unfortunately, you’ve only got 3 days to do it before your scheduled escape helicopter arrives.

With time of the essence, there’s only one thing to do: strip to your skivvies and smack some zombies with a toy sword.

Depending on personal preference, you might want to switch this entry with the original Dead Rising, but for my money, Dead Rising 2 improves on the formula established in the first game in plenty of key ways.

The combo weapons add a new dimension of discovery to the game, along with making you feel more powerful, while the inclusion of co-op gave Dead Rising 2 more replayability as you enjoy the game with a friend. Also, the quality of life update of an icon above a survivor’s head to tell you when they’re in range to travel to a new area is a godsend.

Playing as former motocross champion Chuck Greene, you’re trapped in Fortune City, a carbon copy of Las Vegas, as zombies are on the loose once again. Worse still, you’re being framed for the whole thing.

With just three days until the firebombing of Fortune City, you’ve only got a short amount of time to clear your name, uncover the conspiracy and make sure your daughter doesn’t become a zombie. No pressure.

If Dead Rising 2 earns the second place spot for how it improved on the original game, it’s only fair that Off The Record claims the top spot.

A brave choice for a follow-up game, Off The Record is a non-canon, alternative universe version of Dead Rising 2 where Frank West is actually the protagonist instead of Chuck Greene. It’s a weird one, but it essentially leads to a better version of Dead Rising 2, with a new area to explore, new weapons and remixed story sections that twist events in a way that caught Dead Rising 2 players off-guard.

While the main campaign was brilliant already, the real masterstroke for Dead Rising 2: Off The Record was the Sandbox mode, which ditched the cases and story in favour of letting you muck about in Fortune City to your heart’s content, with plenty of challenges to complete along the way.

When future games adopted the sandbox/lack of time limit approach for their main story, it didn’t feel like Dead Rising, but not here. Offering a limitless sandbox as an extra mode allowed Dead Rising 2: Off The Record to have its cake and eat it too. If you only play one Dead Rising game, make it Off The Record.

READ MORE: 15 Years Later, Dead Rising Is Worth Coming Back To Time and Time Again