Why Dead Rising 3 is My Favourite in the Series 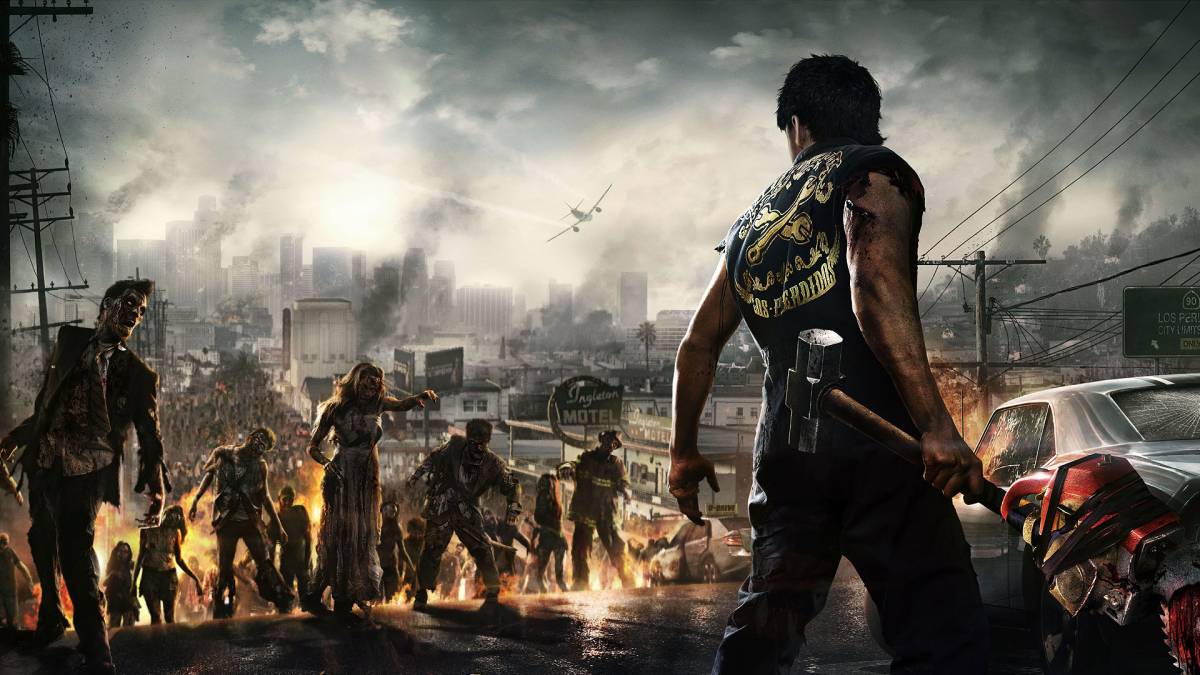 Even though it was only released three years ago, Dead Rising 3 already feels like a relic.

Not because it’s aged terribly in the time between 2013 and now, but more so that it’s a reminder of what the Xbox One dearly wanted to be. Wherever you look within Capcom Vancouver’s zombie-slaying marathon, it almost begs you to use Kinect, whether it’s to distract a walking cadaver or goad one of the many bosses inhabiting Los Perdidos.

Dead Rising 3 serves as a reminder of  just how terribly Microsoft misunderstood the wants of gamers; the shoehorning in of the already doomed accessory into the Xbox One launch title feels forced. It’s also my favourite game in the series despite that. 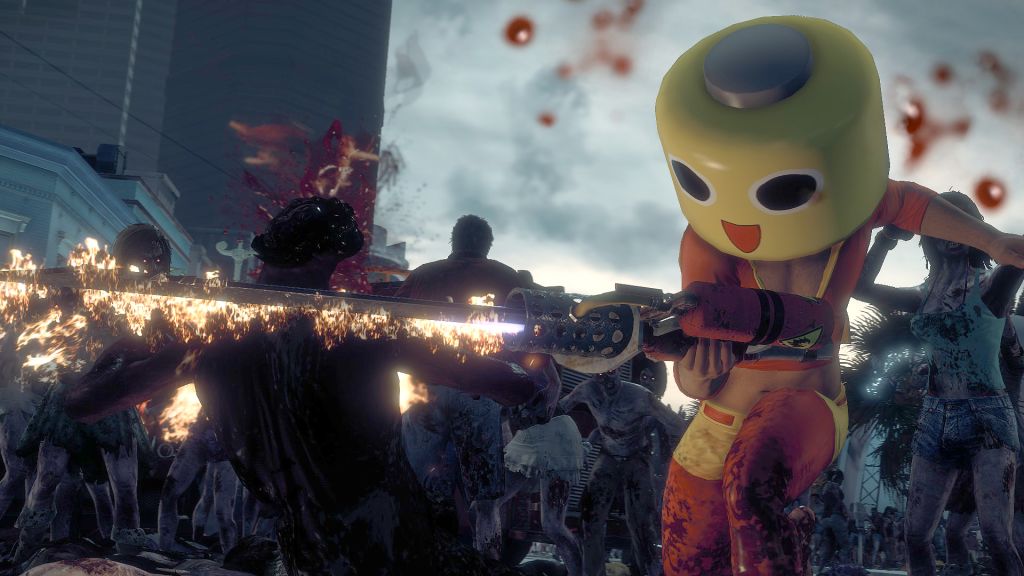 Although critical reception at the time of its release was warm, it was nowhere near the response Capcom and Microsoft would want to help kickstart the franchise on the next generation of consoles. Make no mistake, Dead Rising 3 is far from a perfect game, largely down to a ropey plot, the traditional difficulty spikes and a couple of performance issues, but for my money, it’s still one of the best experiences on the Xbox One.

Thanks to a memorable opening sequences that just sticks with you long after the fact, Dead Rising 3 starts off strongly and rarely drops the momentum. As mechanic Nick Ramos, you must nervously stumble through a dark and disturbing abandoned blockade with the sense that you’re extremely vulnerable creeping into your mind. After finding hundreds of zombies locked up in cages, your worst fears are realised as you rush to safety but are instead met by a sight that’s hard to forget: scores of undead as far as the eye can see. The eye-opening plane crash is just the cherry on top.

A lot of complaints from long-time series fans come from just how blank a canvas Dead Rising 3’s protagonist is. Nick Ramos lacks the cocky charisma of Frank West and the sincerity of Chuck Greene, coming across as more of middle ground between the pair. He has his moments (such as the awkward assisted suicide attempt in the morgue), but he never really seems like the guy to carry the franchise forward. But he doesn’t need to be.

The wide criticism of the decision to drop Frank West’s original voice actor and to change his appearance has been a puzzle to me. Dead Rising is, and always has been, pure escapism with the protagonists acting as little more than vessels that can wear giant mascot bull head. The plot and characters have always been paperweights for the real attraction: killing a bunch of zombies in increasingly ridiculous and cathartic ways. It’s Dynasty Warriors with zombies and Dead Rising 3 is the perfect representation of that. 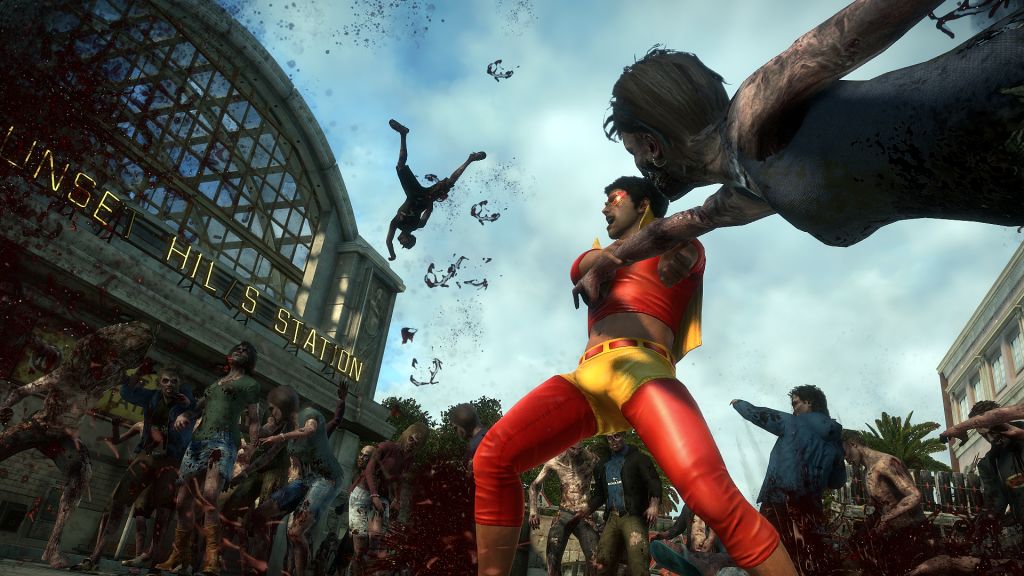 All of the joy from Dead Rising 3 stems from the absurd ways in which you can dispose of the undead hordes. Combining a hunk of meat and a stick of dynamite brings explosive results, attaching two rifles (somehow) makes one that fires in all directions, welding a motorcycle and a steamroller creates a flamethrowing vehicle of doom; all of which can be used within a packed open-world. Dead Rising 3 represents the perfect marriage of the games that came before it with the sheen of updated graphics a mere bonus.

It’s been made more approachable for a wider demographic, there’s no denying that. Criticisms that Dead Rising 3 suffers from walking down a more “casual” path don’t sit right at all, however. Our memories as gamers tend to become rose-tinted too quickly, but I remember how mechanically frustrating previous games in the series could be, so much so that it was often a deterrent from repeated plays. The difficulty went from a walk in the park to a stumble through hell without any warning and the saving systems were outdated even back then – DR3 is just all round a smoother experience. The generous timer also helps the player to uncover more of the world, rather than stressfully nudging them onto the next thing and past secrets and all the little quirks that Los Perdidos has to offer, whether that be a morbidly obese Psycho on a scooter or the oddly addictive quest to find all the Frank West status in its many nooks and crannies.

From the outside looking in, Dead Rising 3 is a decidedly more maudlin game than its predecessors, adding layers of saturation on top of a relatively dry story tone. While it’s true that DR 3 is less colorful and brisk, it’s really what you make of it. Nick is never too far from a risque or absurd outfit – try cutting down hordes of the undead in a summer dress while wearing a Blanka mask and then tell me that it’s too dark a world to ever really have fun in.

I know that I may be in the minority with my love for Dead Rising 3, but it deserves better than to be a forgotten launch title for what, was at the time, a controversial console. It holds up remarkably well to this day despite some of its antiquated foibles. If you were one of the many to write it off a few years ago, you could do far worse than picking it up now on the cheap.