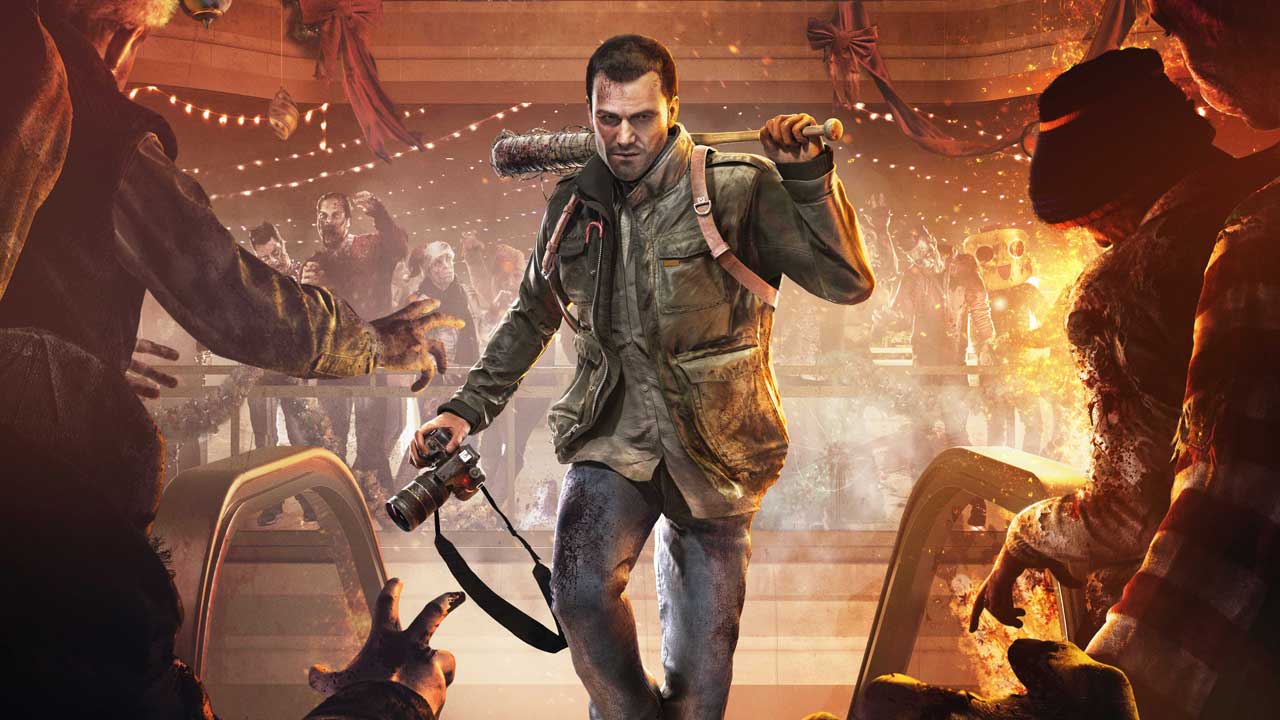 Despite having spent fourteen hours with Dead Rising 4 and the 20,000 dead zombies to accompany it, I still don’t know whether I love or hate it.

It retains that familiar joy of mowing down swathes of zombies, but somehow seems to regress everywhere else, so much so that it feels like it’s swapped places with its predecessor. Dead Rising 4 feels like a game released to coincide with the launch of a new console; rushed and insecure in what exactly it is supposed to be.

Frank’s back for the first time since the widely beloved Dead Rising 2: Off the Record, except he isn’t. Not the Frank West – this is a Frank West.

This Frank West is more like Deadpool -with all his irreverent and situationally unaware quips and sociopathic tendencies- than the man who anchored the series in its infancy on the Xbox 360. It’s a drastic change, but it works. It’s easy to empathise with sections of the Dead Rising fanbase who are up in arms about the makeover, though I’ve never felt much of an affinity towards West, so it’s a painless transition for me personally. Despite clearly being voiced by a Canadian (“ootbreak”), the new VA does a superb job of making the cantankerous photojournalist the most interesting part of the entire game. His dialogue is almost always infantile and will more than likely annoy the majority of already disenfranchised Dead Rising players, but the character is one of the only consistent things about Dead Rising 4.

It’s a jumbled mess that’s barely held together by the dependable catharsis of killing swathes of zombies with a lightsaber. 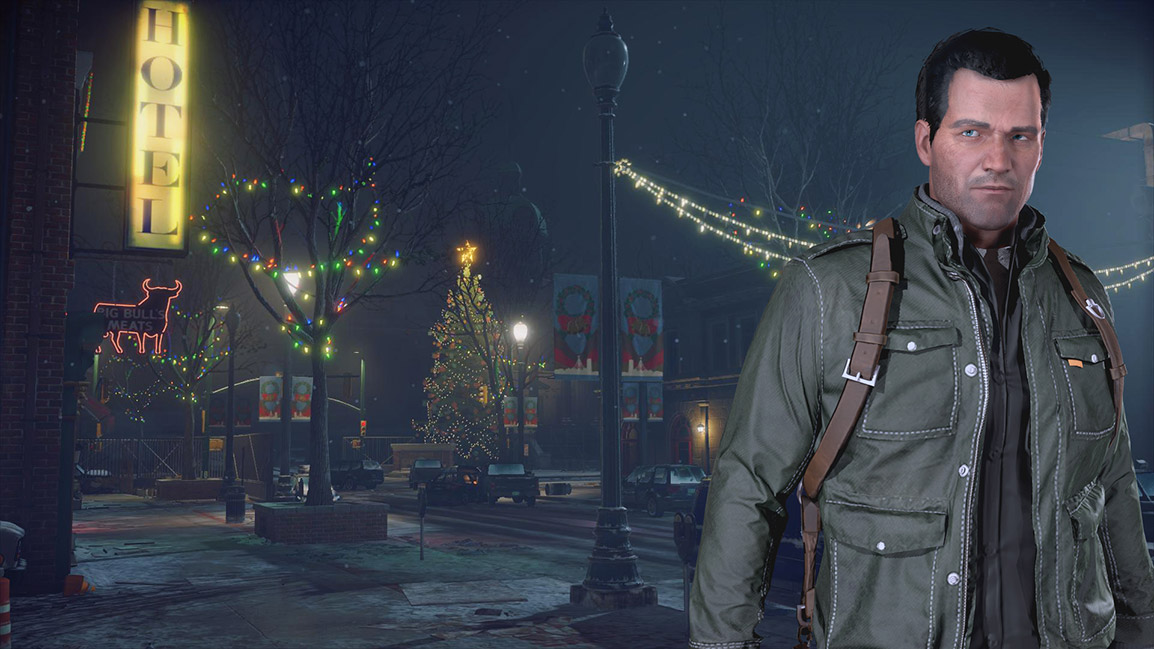 Where story is concerned, Dead Rising 4’s is as traditionally lightweight as entries in the series have always been. While journeying back to Willamette under the pretense of a round of minigolf, Frank and his protege, Vick, investigate a facility where Vick believes there’s a scoop to be had. Hesitant at first, Frank then becomes embroiled in a conspiracy and a new wave of zombies created by experimentation. After the pair go their separate ways, Frank is then called upon to return to Willamette and uncover the truth behind a outbreak that took place over Black Friday.

The writers may say that the game is a subtle allegory for the dangers of consumerism a la Dawn of the Dead, but really, placing Dead Rising 4 during the Christmas period is a pretty fine excuse to use and abuse all the yule-centric weapons that come with it. It’s a welcome setting; the festive cheer juxtaposed by relentless carnage works wonders for distancing Dead Rising 4 from its competition.

Having spent so much time with Dead Rising 3, the drastic overhaul to the combat system of 4 meant that its first few hours were spent in confusion and frustration. Instead of having one base inventory wheel, it’s now split into three: ranged, melee, thrown. 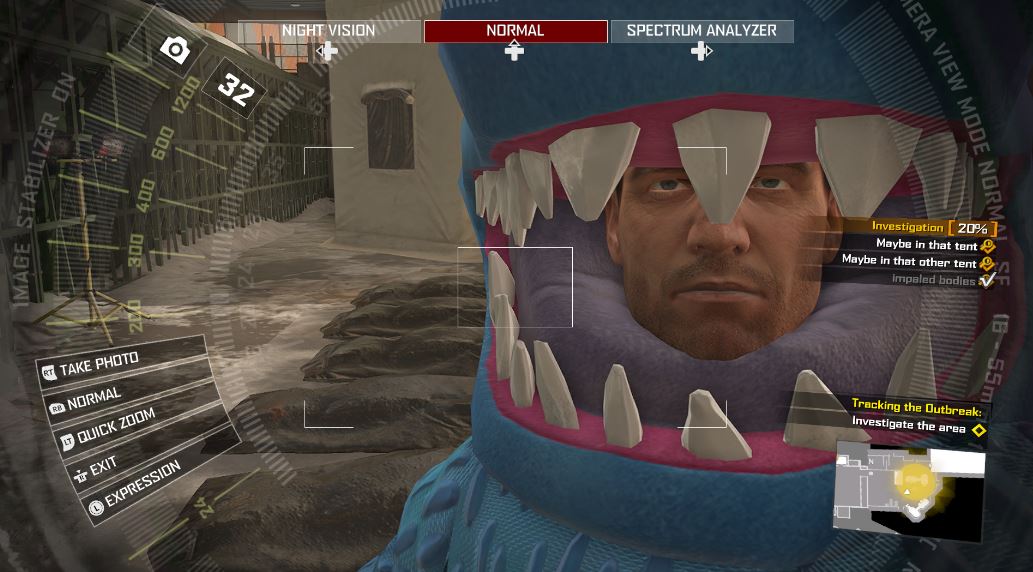 To scroll through them, it’s a case of holding down RB on Xbox One and picking through them or hitting a direction on the D-pad multiple times. This might sound fine, but it’s clumsy when the logic of which item should be where fails you; weapons that seem like they should be in ranged end up in thrown and so on. All melee weapons are controlled with X and Y, while going to throw them (a staple of the series) is now impossible: the triggers control firearms. LB defines thrown weapons, and you can see where the confusion comes from. Although it makes sense to try and change the system to compensate for the breadth of different items available, it simply doesn’t work as smoothly as it should.

The camera has always been the enemy of Dead Rising players, but it’s particularly devilish here. Where you could previously press the right stick in to center it, this now brings up Frank’s camera, so good luck trying to control the direction of the camera while you’re in the midst of combat, especially when you have fast and evolved zombies (the game’s new additions to undead hordes) to contend with. This would be especially irritating if the game offered any sort of challenge, but it’s quite possibly the easiest game I’ve played on this generation of consoles so far.

As a relatively average gamer, game over screens are rites of passage. Hard mode is hard, very hard is nigh on impossible, and any sort of new situation a game throws me into results in a panic. No such issues with Dead Rising 4: I died once, and that was when I wasn’t looking at my health bar as I ran towards a gas station while wearing my Mega Man outfit and chucking grenades around like Christmas candy. After that, despite going toe-to-toe with thousands of zombies, countless Maniacs, and hostile survivors, I never even came close to death. While this makes for a relaxing and weirdly therapeutic experience, Dead Rising fans searching for any sort of challenge will be left wanting. 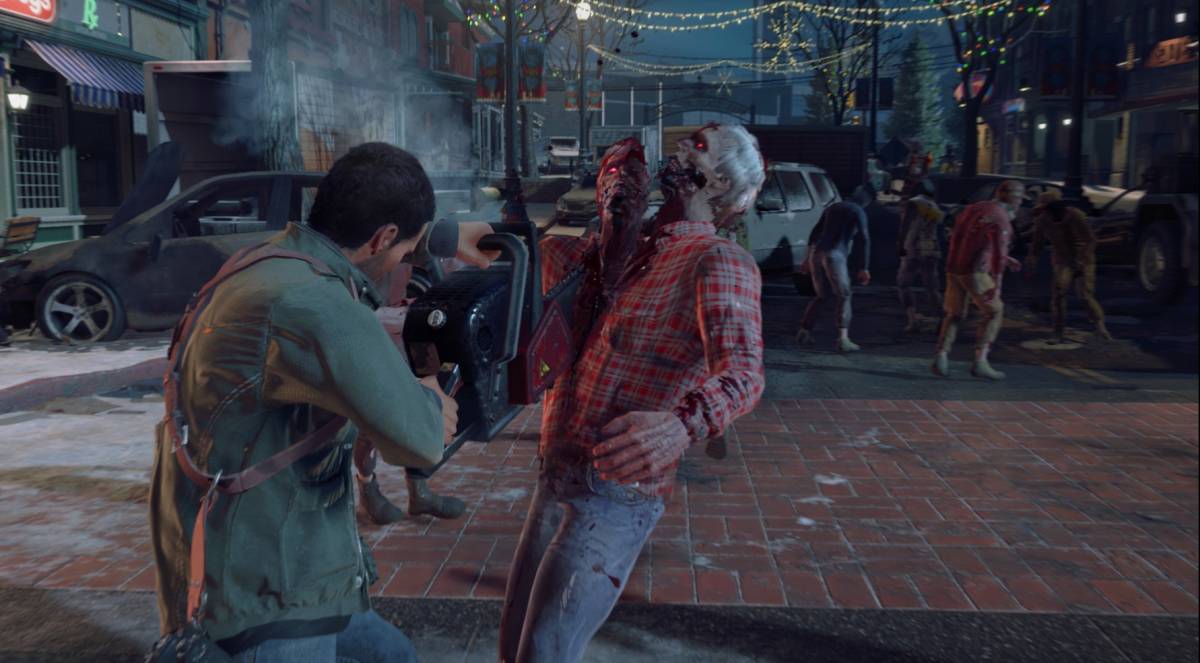 If the changes to Frank West didn’t rankle series fans enough, the loss of many of the extra pieces of the Dead Rising puzzle sure did. Their fears were well-placed: Dead Rising 4 feels considerably lighter in almost every area.

Psychopaths, often worth the price of admission on their own, have been replaced by dismissible squads of maniacs, each lacking the distinctive personalities that made a buffet showdown with an obese woman on a scooter or a chainsaw wielding clown so compelling. No cutscenes, no fanfare, just a case of “kill these people with your bullets”. A strange omission and one that doesn’t make any sense.

The loss of sidequests, replaced by cookie cutter survivor rescue attempts, also stings, leading to a game world that feels large, but also rather empty. Initially taking place in the revamped Willamette Mall, Dead Rising 4 then boots you out into the winter cold and asks you to explore, but without the random encounters and little quirks that the series has thrived on for so many years, it’s pure monotony after a couple of hours. Even finding blueprints to create new and ridiculous combo weapons doesn’t have the same appeal. 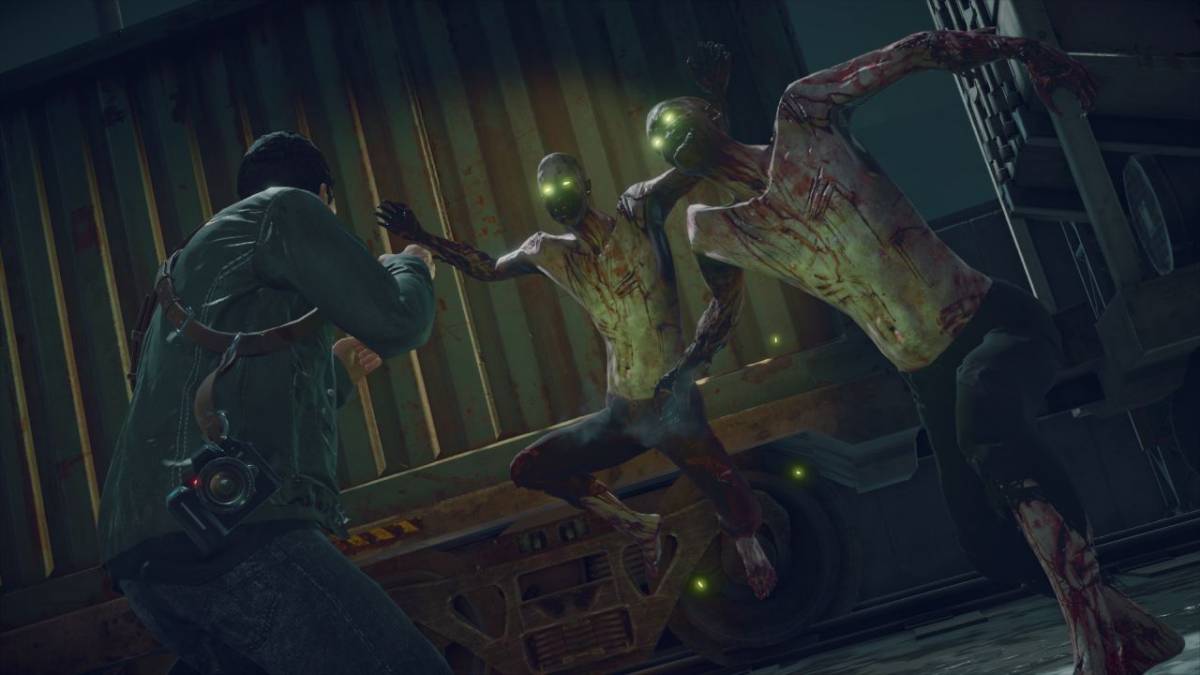 To bring something new to the table, Dead Rising 4 introduces a currency system that feels completely out of place. Either from fallen enemies or dotted around the map, you can pick up pieces of scrap that can then be traded in with the nameless vendors at emergency shelters for weapons, food, vehicles, and so on. It’s an utterly superfluous way of adding depth and one that feels at odds with the emphasis on exploration the series is know for. It’s also unnecessary: I went through the story without needing to buy anything but maps for blueprints.

All of these changes could have been glazed over if the core game was solid and dependable. It isn’t.

Dead Rising 4 is arguably unfinished, but it’s certainly not been properly optimised or tested before launch, something I’m surprised to see not brought up more by others. It’s one of the glitchiest, buggiest games I’ve played in some time, and reeks of being rushed out to meet its deadline. Frank struggles to get over ledges, zombies become one with table, and human enemies regularly get in fights with inanimate objects. It would be one thing if these were isolated hiccups, but it’s a case of spot the glitch after every couple of minutes.

Capcom must have jealously given sideways glances to the open-world peers of Dead Rising and taken some inspiration; the fourth entry in the series feels like a templated, streamlined effort to appeal to a wider audience. A brave business decision, sure, but also one of naivety. The series has built up such a dedicated fanbase over the years thanks to just how different it is, not because it’s like every other open-world game but with zombies. The contemporising and sanitising of Dead Rising 4 strips away the unique identity of the franchise and threatens to make it yet another bland AAA game, and yet I couldn’t tear myself away.

Despite having many, many grumbles with Dead Rising 4, it’s still easy to recommend if all you want is to take down an overwhelming number of zombies with an armoury of ever more ludicrous weaponry. Strapping on an Exo-Suit and watching my hit counter reach the thousands did wonders to help me unwind after a long day and for anyone who simply wants that from a Dead Rising 4, this will just about do the job. For everyone else, ’tis not the season to get what you want from the return of Frank West.