Earthworms (PC) REVIEW – A Good But Imperfect Point and Click 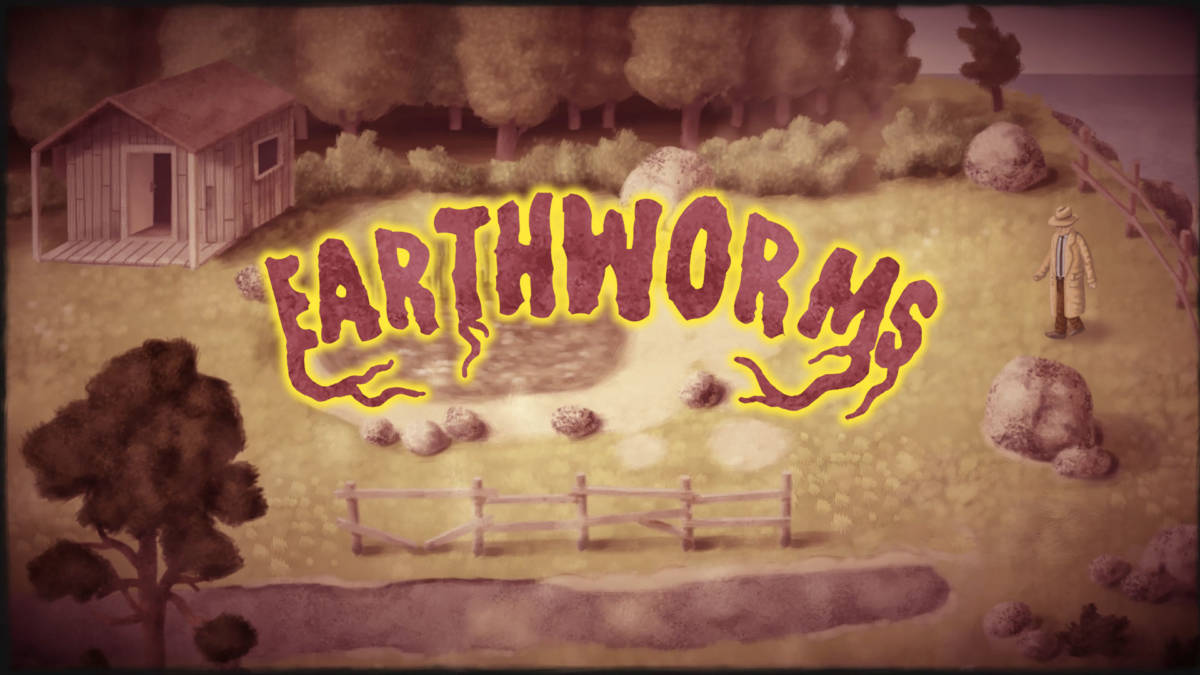 Jim Donnellan claimed that this game was ‘right up my street’ when I received the call to take on Earthworms. He wasn’t wrong. I’d adored point and click games since the 90s after playing Loom and Beneath a Steel Sky, and later I cemented my love with with the genre by discovering one of my favourite game series’ of all time, Broken Sword. So throw me a game with a missing girl and a psychic detective and you have my attention.

You take the role of Daniel White, a film noir-esque private eye who is given the task of locating a missing girl in a fishing community on an island. Immediately the game oozes its influences, wearing them proudly on its sleeve. Twin Peaks is the first one that jumps to mind, but there’s also a feel of Eerie, Indiana, The X-Files and The Wicker Man about it.

Earthworms’ eye catching art style is easily the first thing you’ll notice about the game. Its 2D graphics are wonderfully hand-drawn (and look hand–painted) — developer All These Moments say they have been inspired by the work of Edward Hopper, and what a wonderful tribute it is, too. While the animations are fairly basic, the landscapes of the island are magnificently realised. 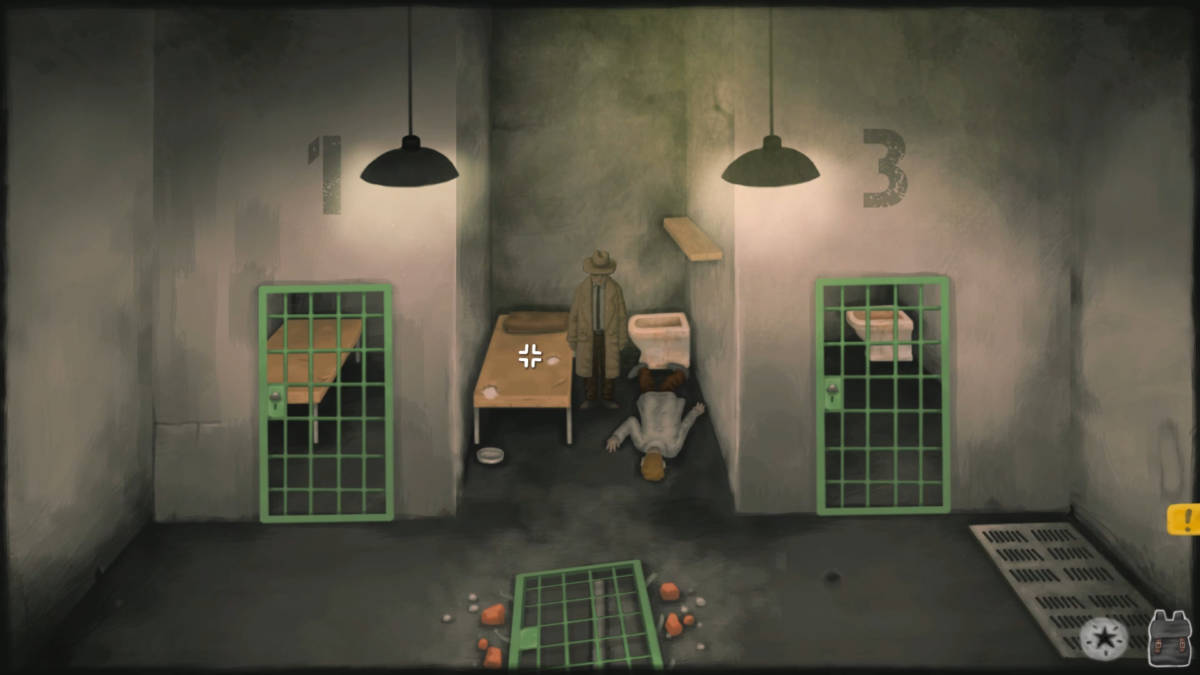 The music is a highlight, especially for me being a fan of the aforementioned inspirations. The work of composer Piotr Surmacz and sound designer Maciej Zeman really stood out in this title. Earthworms’ soundtrack manages to capture the creepy factor of the genre perfectly and really adds atmosphere to a dream-like, uneasy feeling of the island. While I struggle to describe the genre of the music, I would say it had an unsettling ‘bloopy’ ambiance. That’s not much description, I know, but reminded me of a lighthearted X-Files episode.

The gameplay itself is fairly standard for an indie point and click game. Left click interacts (pick things up, talk to people) while right examines object and general stuff. The game largely revolves around the classic 90s tried and tested method of: find a problem, find the appropriate way to overcome problem, solve problem. While Earthworms doesn’t bring anything new to the table, it avoids the pitfalls many European point and click games of the 00s fall into by not having bizarre and illogical solutions.

Earthworms manages to make its solutions feel like a logical progression of the game, although they’re not usually challenging, it sometimes requires a bit of looking around if you’ve overlooked something (which I usually do). The game also has puzzles to overcome. They’re fairly standard fare, well made but they shouldn’t trouble you too much. They perhaps could’ve made them more challenging, but there’s a fine line with these things being too easy and keyboard-smashingly hard. 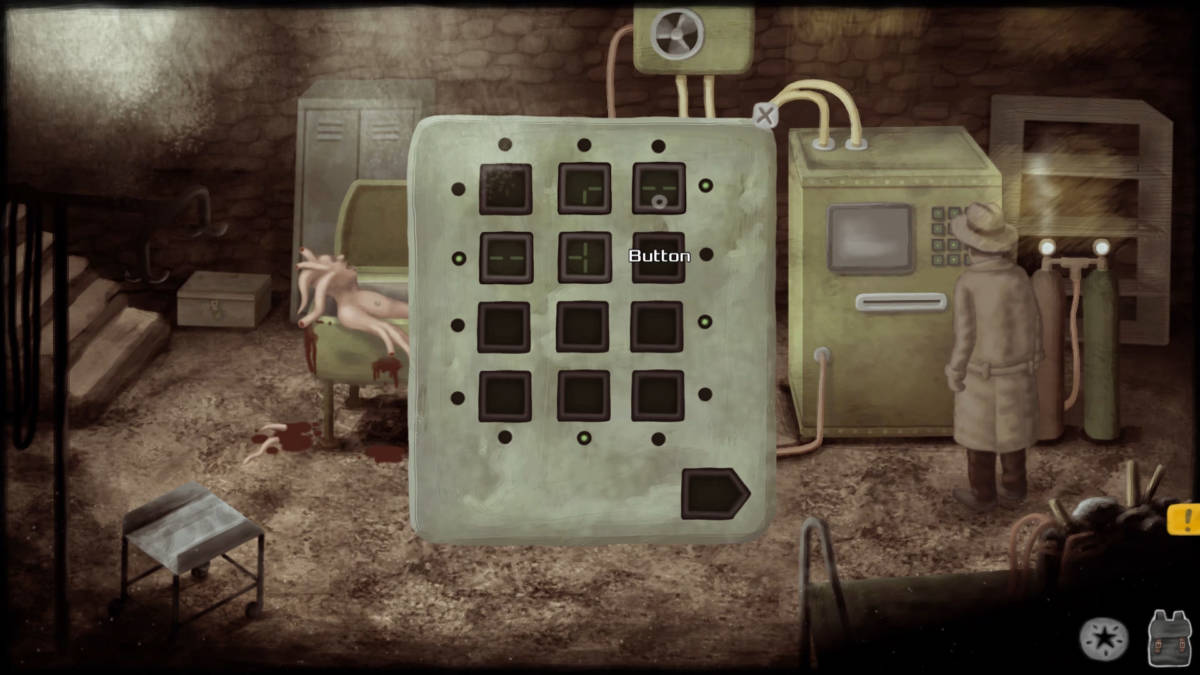 The island is fairly open-ended:sections are unlocked throughout the course of the game, the game is rather linear, but in a good way. Some point and click games often give you too many locations to explore all at once and it’s hard to ascertain what you should be doing next. Earthworms leads you along to its next plot-point, meaning the game keeps its flow, which is only interrupted by problems and puzzles.

The game isn’t perfect, of course, and there are a few issues. I encountered the odd bug, but nothing too bad, like being able to speak to the barmaid, despite her having left the scene. There are a few spelling errors and some of the English translation was a bit hit and miss, with people sometimes speaking in an odd or unnatural syntax. This can be distracting within a game world, as it was in Another Lost Phone, however it does work in Earthworms’ favour, giving the island community a weird and off-kilter vibe.

The conversations are a little too brief for me, which is all down to personal taste, but when playing an investigative title I like to have a long, in-depth conversation with other characters. Talking to other NPCs in Earthworms feels very much like a way to keep the game moving forward, with them offering only the most minimal of information, or giving you tasks or simply being roadblocks. Earthworms’ island, while a wonderful piece of art, feels a little too bare at times. With little moving or going on, it didn’t feel like a small community. This, tied with the lack of depth in its NPCs, made the game world feel a little flat.

Earthworms is an interesting, strange, bizarre little point and click game. While it never offers something for gamers beyond a casual experience, it also never allows casual gamers to get out of their depth. Earthworms’ developers All These Moments and its creator Wojciech Witowski deserve praise for keeping these elements balances while not compromising their game. Personally, I’d have liked to see a bit more depth in Earthworms, but I must recommend it to people who enjoy indie point and click titles for its art, atmosphere and wonderful musical score.

Verdict
With gorgeous art, music and design, Earthworms is a weird, charming yet imperfect indie point and click title. Microtransactions: none
7
Cultured Vultures is a pop culture website established in 2013 covering all things gaming, movies, and more. We eat your words.
All The News On The Biggest Games