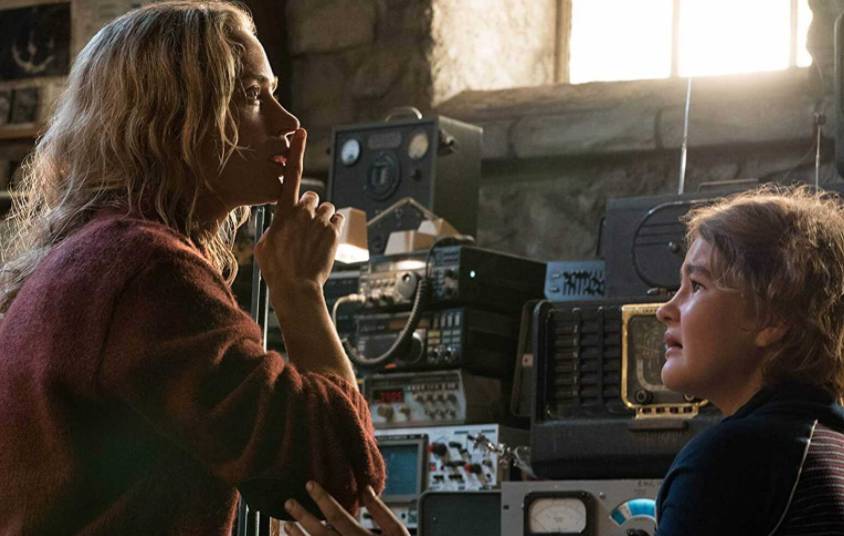 The language of cinema is one that serves the horror genre better than maybe any other subset of movie. The manipulation of audiovisual elements to draw terror out of an audience is a skill that many filmmakers attempt to master, but that few fully implement successfully. John Krasinski has proved that he hasn’t fallen into that trap.

A Quiet Place is as pure to genre filmmaking as one can hope to aspire. Everything from the premise to the execution is designed to manipulate and terrify. Set in a near future whereby mysterious creatures will mercilessly hunt anything that makes even the smallest sound, the rules of the film’s world serve themselves to the cinematic craft.

This is a film of technical prowess that understands not only what we find scary, but has an innate knowledge of how we’re likely to respond to horror tropes. Yes, there are jump scares. Before writing A Quiet Place off as your typical mainstream horror offering, though, consider the context of the horror being created. It’s established early on that creating a sound means death, playing off that by using loud noises to instil fear isn’t cheap so much as it is meta cleverness.

With the simple rule of not making noises in place, the content of A Quiet Place is easier to buy into. Suspension of disbelief is ever present in good horror, being able to root for characters by praying that they won’t accidentally trip over or let out a cough leaves room for building an ever-expanding story. This is a film with domino effect momentum; a continuous chain of events mounting on top of each other as it all builds to the inevitable crescendo of the third act. The tense atmosphere is palpable.

The star of the film is undoubtedly the sound design. Moments of tranquillity slide into unnerving orchestral accompaniment, punctuating scares in a way that isn’t intrusive rather than it is in service to the horror. Whenever a scene plays out from the perspective of Regan (Millicent Simmonds), the deaf daughter of the Abbott family, the sound cuts out altogether and is replaced with a one-tone hum. Chaos can be occurring all around as you’re given a glimpse into Regan’s world. In a situation where making a noise is the worst possible thing you can do, there is nothing scarier than being somebody who cannot tell when a noise is being made.

John Krasinki’s turn as the director, co-writer and lead actor of A Quiet Place teases the possibility of Jim from The Office becoming this year’s Jordan Peele: a TV comedy actor becoming a multi-faceted talent behind feature films. While this isn’t a film with the political relevance of Get Out, it still acts as a wonderful showcase for the budding artist assembling it.

Every actor takes the task of crafting an engaging performance without the advantage of speech head on. Emily Blunt and John Krasinski have already given us a litany of strong acting pieces over the years, this is just more feathers for their caps. Millicent Simmonds and Noah Jupe turn in true breakthrough work. Their relationship as siblings in a living hell is explored through means of survival rather than intimate conversations, a recurring theme throughout.

Equal parts family drama as it is horror, A Quiet Place sacrifices dedicated character development to ramp up the tension with each passing minute. As the Abbotts are pulled apart and thrown together in horrific scenarios, a desire for catharsis takes over. In taking every element of distilled genre purity and focusing on a stripped back setting, Krasinski is able to sell sparsity to us and have it make sense.

A Quiet Place stands as a testament to what is possible with a camera and a microphone. Every detail and technical flash is meticulous in its construction, not a single flicker of light or loud crash is wasted. If John Krasinski continues down this path, we may have a modern horror great on our hands. If he doesn’t, his future contributions to the art will still leave us satisfied.

Enjoyed this? Check out the below:

Verdict
A polished slice of fear inducing genre fare. Creating horror by relying on craftsmanship is a risk when your career is still young, but it pays off in spades here.
9
Cultured Vultures is a pop culture website established in 2013 covering all things gaming, movies, and more. We eat your words.
All The News On The Biggest Games