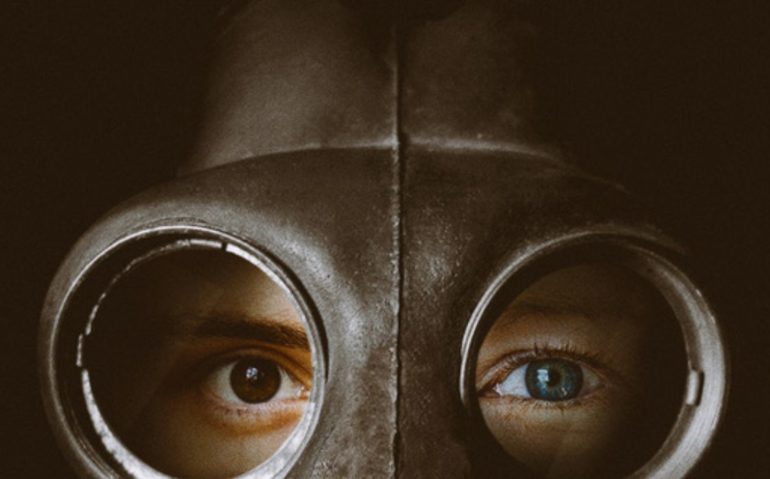 Adolescence is hard. Discovering who you are and how the world sees you can be a turbulent time for anyone, but for Abbey Bell (Melinda Page Hamilton) and her teenage son Jacob (Bailey Edwards), it has turned their world upside down. Since a young age, Jacob has always been prone to fits of rage, but now his unchecked temper has his mother seriously concerned.

More than concerned, terrified. Terrified of what he might become or do to others.

Written and directed by Tucia Lyman, M.O.M. (Mothers of Monsters), is smartly crafted found footage horror that uniquely tackles several contemporary issues. Lyman fully utilizes the raw narrative potential of the genre better than most. Capturing the intimacy and vulnerability of characters through the lens of modern technology is as engaging as it is chilling.

Abbey digitally documents Jacob’s behavior using smartphones, desktop computer cameras, home movies, security cameras, and other character’s recorded interactions with Jacob. Initially, I was concerned that the narrative would feel disconnected and jumbled due to the numerous and varied types of technology used, when, in fact, each lens is smartly utilized to convey different emotions and storytelling elements. The viewer follows Abbey as she documents her son’s increasingly violent and irrational behavior. As tension begins to boil over, Abbey believes that Jacob’s behavior is priming him to become a school shooter.

Abbey’s vlogs display her declining mental state while grappling with her son’s deteriorating sanity. Home videos of Jacob’s childhood tug at our heartstrings, moments before a cellphone recording shows Jacob dropping a brick onto a busy freeway. These numerous perspectives are imperative to Abbey’s journey in revealing the truth about her son to those who doubt her claims. Claims that even the viewer begins to second guess.

Just as the second act is underway, and the viewer assumes they know where the narrative is headed, Lyman throws the viewer a curveball. The film’s second act takes on a psychological horror storyline that asks the viewer to question the reliability of its narrator. What’s so genius about the film is that the viewer is given both primary and secondary raw sources of information. Evidence, if you will, to deduct for themselves who they choose to believe. Is Jacob just an adolescent acting out, or is Abbey blowing things out of proportion due to her past?

Strong lead performances drive the film’s effective presentation. Melinda Page Hamilton is stellar in portraying a mother at her breaking point in trying to get someone, anyone to believe her. Seeing her sanity unravel throughout the film, all the way to its shocking conclusion is the pinnacle of gut-wrenching desperation.

Equally gut-wrenching is Bailey Edwards’ disturbing performance as an unhinged teen. For all of his alarming behaviors and tendencies, the audience is given brief glimpses of a kid that is worth saving. He periodically shows compassion and understanding moments before another outburst. Maybe he isn’t the menace his mother makes him out to be? Or, perhaps he is? The strength of this duo playing off one another drives the emotional investment of M.O.M.’s disturbing narrative.

For all of the found footage genre’s storytelling potential, there are countless examples of its cinematic simplicity being mishandled. An over-reliance on shaky-cam work and meandering jump scares often making or breaking the experience. And again, Lyman succeeds in avoiding the pitfalls of the genre through smart implementation and allowing the film’s disturbing subject matter to shine. I wouldn’t describe M.O.M. as being a traditionally scary horror film. Instead, it is a profoundly disturbing and realistic exploration of mental illness and what can happen when generational history catches up to our children.

If I were a parent, I think that the peaks and valleys of the film’s intensity would be relatable on some level. When Jacob’s PlayStation is taken away, he throws a destructive tantrum. But once it passes, he displays docile kindness towards his mother. His rage eventually exacerbates to a shocking degree, but there are enough moments of adolescent hardships that most could relate to on a minor level.

Those weary of found footage horror need not hesitate, as M.O.M. serves as a strong indication of the storytelling potential of the genre. Tucia Lyman’s handling of the film’s numerous narrative lenses and disturbing contemporary subject matter makes M.O.M. all the more memorably chilling.

Not an ad: catch this for free on Tubi TV.

Verdict
Subverting the pitfalls of found footage through smart storytelling and stellar lead performances makes M.O.M. a genre standout.
8
Cultured Vultures is a pop culture website established in 2013 covering all things gaming, movies, and more. We eat your words.
All The News On The Biggest Games