I Am Thunder by Muhammad Khan REVIEW 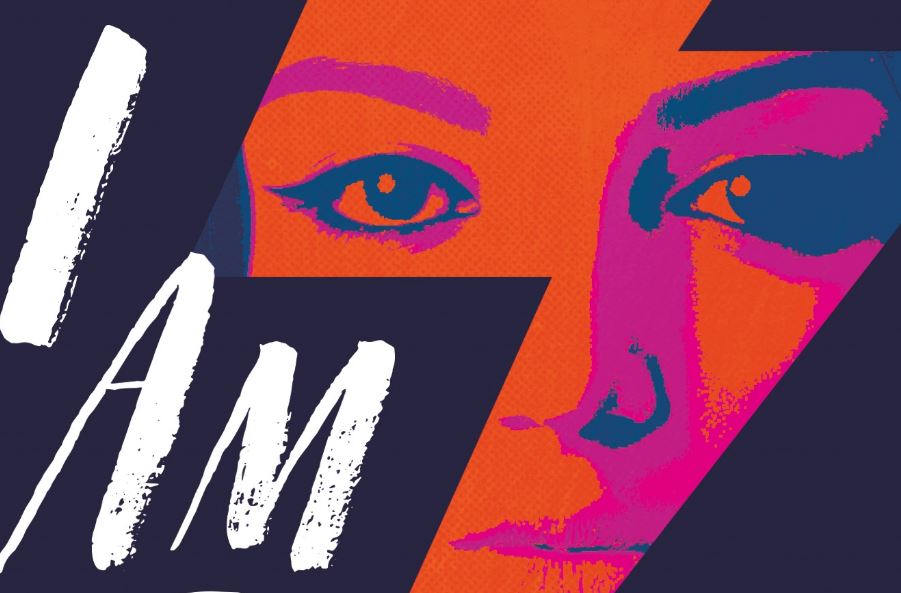 Muzna Saleem is a young British-Pakistani kid who is just trying to make it through being a teenager. But she has strict parents, has to juggle being Pakistani and British, and wants to be a writer when her parents are set on her being a doctor. Things become even more complicated when she meets a Muslim heartthrob called Arif, who takes a sudden interest in her. But things with Arif are not as they seem, and soon Muzna finds herself caught up in something she could have never anticipated.

is a very timely and unique book. Though in the past few years, we have had a few books that deal with the struggles of Muslim-American kids as they try to navigate life, I Am Thunder is the first of its kind to do the same for British-Muslim kids. And while there may be overlaps between these struggles – what does it mean to be juggle two cultures? What does it mean to live with Islamic beliefs in a Western society? – there are also many things that are unique to these varied cultural experiences.

Earlier this month, we also saw the release of another YA book that explored a unique topic – Love, Hate, and Other Filters by Samira Ahmed. The book was a timely tribute to the way terrorist narratives create racist and Islamophobic ideologies that harm the everyday lives of innocent Muslims – often in irreparable and traumatic ways. I Am Thunder is the other side of the coin.

In the foreword, Khan writes “In February 2015 news broke of three British schoolgirls who flew out to Syria to join the self-proclaimed ‘Islamic State’…For someone who has lost a family member to religious extremism, the incident reopened old wounds…Writing [I Am Thunder] was painful, but I needed to understand what might lead someone to make those bad choices.”

I Am Thunder, therefore, ends up being a book about many things. Not only is it an exploration of a young Muslim girls struggles living in the midst of being Pakistani and British, but it’s also about religious extremism. It’s an important and powerful exploration into how young teens are seduced into doing things that they might have never considered themselves, how there are pressures and elements outside of their control, driving forces that make young British Muslims vulnerable to religious extremism.

The strongest parts of the novel is when the author tackles these huge, powerful questions in the latter half of the novel. When we see Muzna rising up beyond the shy, quiet girl, and becoming “Thunder.” Using her voice and her authority to take action, instead of sitting back.

Where the book falters is some of the build-up, which felt somewhat clumsy. The first half of the novel moved fast, and saw Muzna go through huge, life-changing events within the space of a few pages, without really exploring how exactly these changes affected her character. I also found a few of the secondary characters lacking. Instead of feeling fully fleshed out, at times they felt like plot devices to move the book onwards, which took away from the authenticity of the novel.

None of that takes away from the power and uniqueness of I Am Thunder. Whatever it loses in the build-up, it more than makes up in the second half of the novel, where Muhammad Khan bravely tackles the topic of religious extremism with brilliant introspection. It’s a bold and timely book about an important topic.

Verdict
I Am Thunder is a bold and brilliant introspection into religious extremism, and what might lead someone down that path. Review copy provided
7
Cultured Vultures is a pop culture website established in 2013 covering all things gaming, movies, and more. We eat your words.
All The News On The Biggest Games