Is God of War Ragnarok Coming to PC? 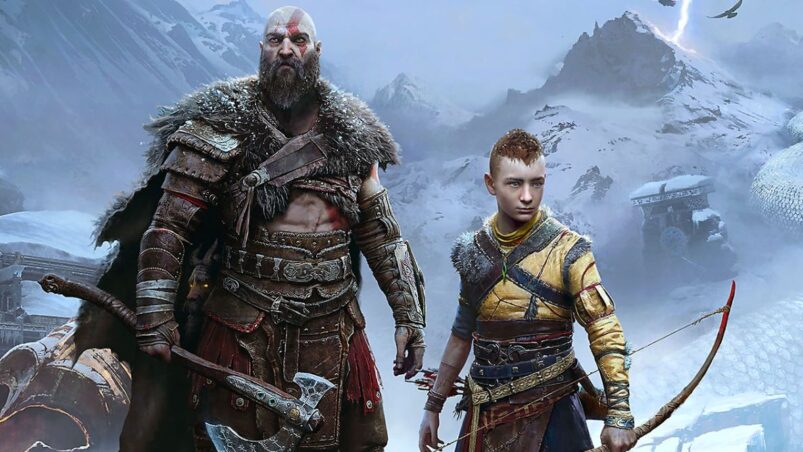 When God of War (2018) launched, it provided a fantastic reboot to the extravagant action-adventure God of War series. The game’s developer, Sony Santa Monica Studio, plans to keep the ball rolling with God of War Ragnarok. But is it also coming to PC?

The new GoW game is due to be released on November 9th, 2022 for PS5 and PS4. Its release date was originally set for 2021, but it was delayed. However, the developer is insistent that fans will get to play God of War: Ragnarok this year.

A trailer for GoW Ragnarok was premiered during Sony’s PS5 Reveal Event in 2020 and showed the game sticking to the reboot’s theme of Norse mythology, unlike the Greek mythology of old. It seems this GoW game will be a PS5 and PS4 exclusive, but fans are still hoping for a PC release.

About God of War Ragnarok

God of War Ragnarok is set a few years after the events in GoW. Players will see Kratos and Atreus return to traverse more ancient Norse realms while confronting powerful gods seeking retribution.

Atreus is looking to discover who he is and is conflicted between his family’s safety and taking action against the conflict that encompasses the nine realms. Kratos will aid Atreus, hopefully sparing him from the bloody experiences he learned from his own fights with the gods.

The game has two main enemies, Freya and Thor. Freya was once a friend of Kratos, but after he killed her son, Baldur, she swore to get her revenge. Thor is enraged by the death of his sons and half-brother and isn’t to be trifled with, as he once wiped out almost the entire Giant race on Odin’s command.

God of War Ragnarok will carry on the combat praised in God of War, with players coming up against more severe and varied enemies. Ragnarok also takes gamers to all nine Realms of Norse mythology, including Vanaheim, Svartalfheim, and Asgard, which weren’t in the previous game.

Will God of War Ragnarok Be Available on PC?

As of right now, God of War Ragnarok is a PlayStation exclusive, so there won’t be a PC release when the game launches.

This doesn’t mean the new GoW game will never come to PC, though. While no official port has been confirmed, there is some promising evidence that a port will happen in the game’s future.

Jetpack Interactive is the studio that worked on the PC port for God of War (2018). A tool and systems programmer from the studio, Warren Lee, has Ragnarok listed in his projects on LinkedIn. This doesn’t confirm anything but hints at an eventual PC port.

Another promising hint to a future Ragnarok PC port is that God of War is currently available on PC. It’s important to remember that it took almost three years for GoW (2018) to make it to PC. While there is hope for a future God of War Ragnarok PC port, don’t hold your breath for one coming anytime soon, possibly around 2024 at the earliest.

READ NEXT: Is Indiana Jones Coming To PS5 and PS4?