Fortnite: How To Unlock The Herald Secret Skin 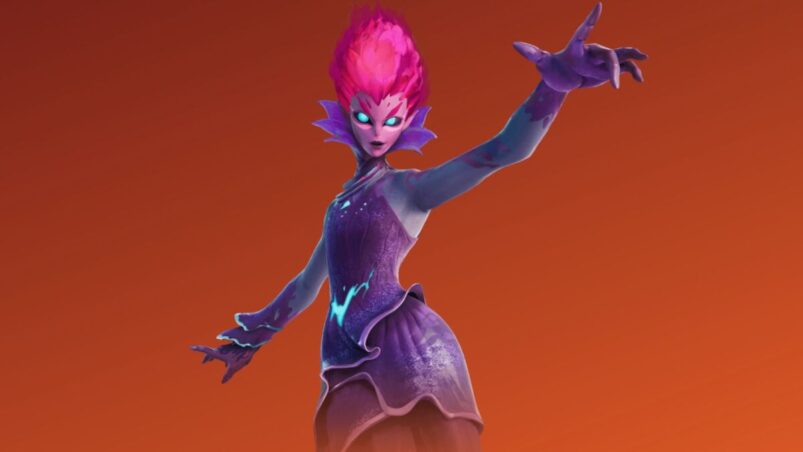 Fortnite: Chapter 3 – Season 4 is here, which means another chance to grind your Battle Pass and unlock some skins. As is the case every season, there’s is a “secret” skin in Season 4 that Battle Pass owners can work towards over the course of the season: The Herald.

First teased as a mysterious figure in Season 3, The Herald seems to be the one responsible for all of the chrome spreading throughout the island, and can also be found as a boss on the map at their very own new POI.

To unlock The Herald as a skin, players first have to purchase the Season 4 Battle Pass, which costs either 950 V-Bucks or a subscription to Fortnite Crew. Players will also be given V-Bucks for signing up to Fortnite Crew along with an exclusive cosmetic.

Once the Battle Pass has been purchased, players then simply have to wait until further in the season when The Herald quests are released. Much like Indiana Jones last season, these quests will ask you to complete themed challenges with you unlocking more and more different cosmetics at time goes on. Check out a few of the cosmetics in The Herald set below.

We will update this when we have all the specifics.

In previous seasons, the secret skin used to be actually secret, though Epic now uses them as an obvious incentive to keep playing. This season’s secret skin will be the first in quite a few seasons that isn’t some kind of crossover.

Elsewhere in Fortnite, be sure to check out the new EvoChrome weapons, all of the changes to the map, and the new Port-A-Bunker.