Fortnite: Who Is The Mysterious Plant Figure In Season 3? 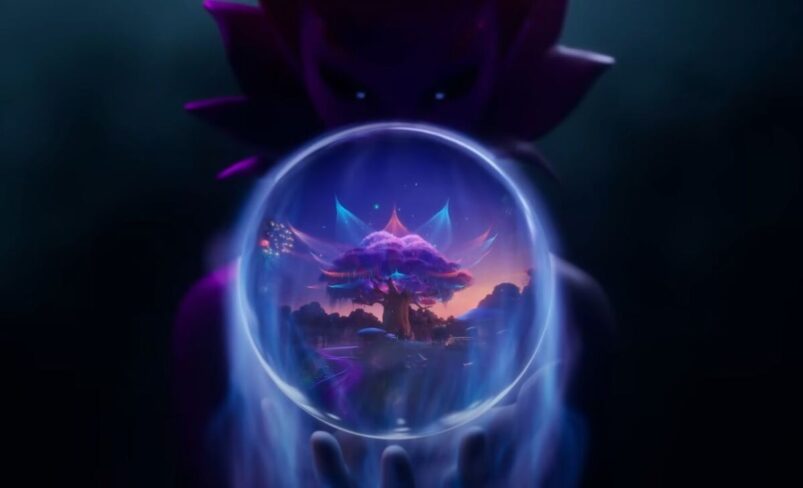 Fortnite‘s cinematic trailer for Chapter 3 – Season 3 showed all sorts of fun vibes: Darth Vader levitating a Stormtrooper to be tall enough to ride, the Imagined Order’s mountain cave transformed into a colorful rave, and the Zero Point — the game’s very core — finally freed to sprawl into elegant flora.

However, that biodiversity brought a mysterious silhouette observing the tree rooted in the Island’s new biome, someone speculated to be an important part of the narrative to come. Check out her Fortnite debut below.

With no previous ties to the story, and a visage different from the game’s main antagonist, Geno, who was revealed in The Collision live event, this character is a completely unknown addition to the world-sprawling Fortnite mythos.

With a neck adornment composed of petals in geometric perfection, this Soil Susan has design motifs akin to the previous Fortnite alien invasion — where purple and pink residents of the Last Reality made the Island their home. If that relation is coincidental or not remains to be seen, but with leaks confirming the Cube Queen would return later in Chapter 3, it’s very likely seeds could be planted to bring about yet another armageddon. With this exhausting series of unfortunate events, we’re just missing Neil Patrick Harris as her voice.

As the season develops, the Reality Tree is likely to grow its domain significantly, strengthening the character’s hold on a world that’s just Vibin’. Whatever happens is sure to be developed in the narrative quests of the same name, which could feature new and old voice talent telling players to do their heavy lifting — as per usual. Maybe the game’s constant chain of antagonists will be broken with a helpful fortune teller instead, to finally shake things up as we reach its 23rd season.

MORE FORTNITE: Fortnite: Is Doctor Slone Dead After The Collision?