Fortnite: Is Doctor Slone Dead After The Collision?

Tanks for the memories? 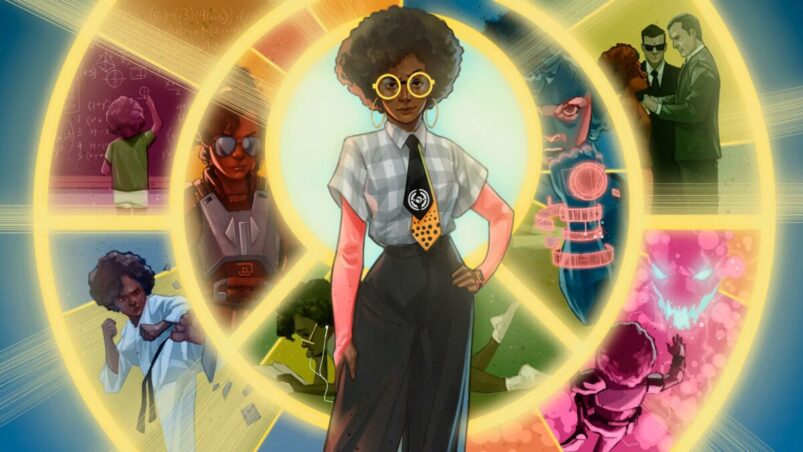 After Fortnite’s latest live event spectacle, The Collision, the whereabouts of Doctor Slone, a major antagonist, were left ambiguous. Well, as ambiguous as a giant robot’s hand crushing her can be. But is Slone truly dead in Fortnite?

Indoctrinated into the Imagined Order (IO) since her early years, Dr. Slone was introduced to players back in Chapter 2 – Season 7, as a careful watcher of the alien invasion. As the seasons went by, Slone was revealed to be one of many puppet masters behind Fortnite’s Island, having players do her dirty work through Quests — and even leading them into a trap.

But with the IO defeated by the Seven (for now), after their world-ending weapon was struck by players in the Voltron-esque Mecha Strike Commander, the remaining forces entered a standoff against the heroes in the Collision event. Slone had them cornered with a Titan Tank, only to be removed out of their sight thanks to the Mecha’s last-minute power bump. But not without her safely entering — and closing — the tank, first. Safe to say she’s got a concussion at worst, and is likely to return to Fortnite alive and well.

With the IO’s leader, Geno, being teased during the event, it seems like the story’s scope will widen to a degree above Slone’s branches of the organization. Fortnite is no stranger to characters disappearing for extended periods of time, and popping up with a brand new look in the Item Shop, so there’s no rush in bringing back an already well-developed character of the story before developing what’s come before her.

Which is why, chronologically, Slone won’t be appearing to sass the heroes of Fortnite’s story for a while — but that doesn’t rule out the past. She’ll be a constant presence in the upcoming Fortnite + Marvel: Zero War comics, which detail all that’s happened outside the players’ view since Chapter 2 Season 8, all the way to Chapter 3 Season 2. The first issue releases on June 8th, 2022.

MORE FORTNITE: Fortnite: How To Get The Vibrant Vibin’ Emote For Free